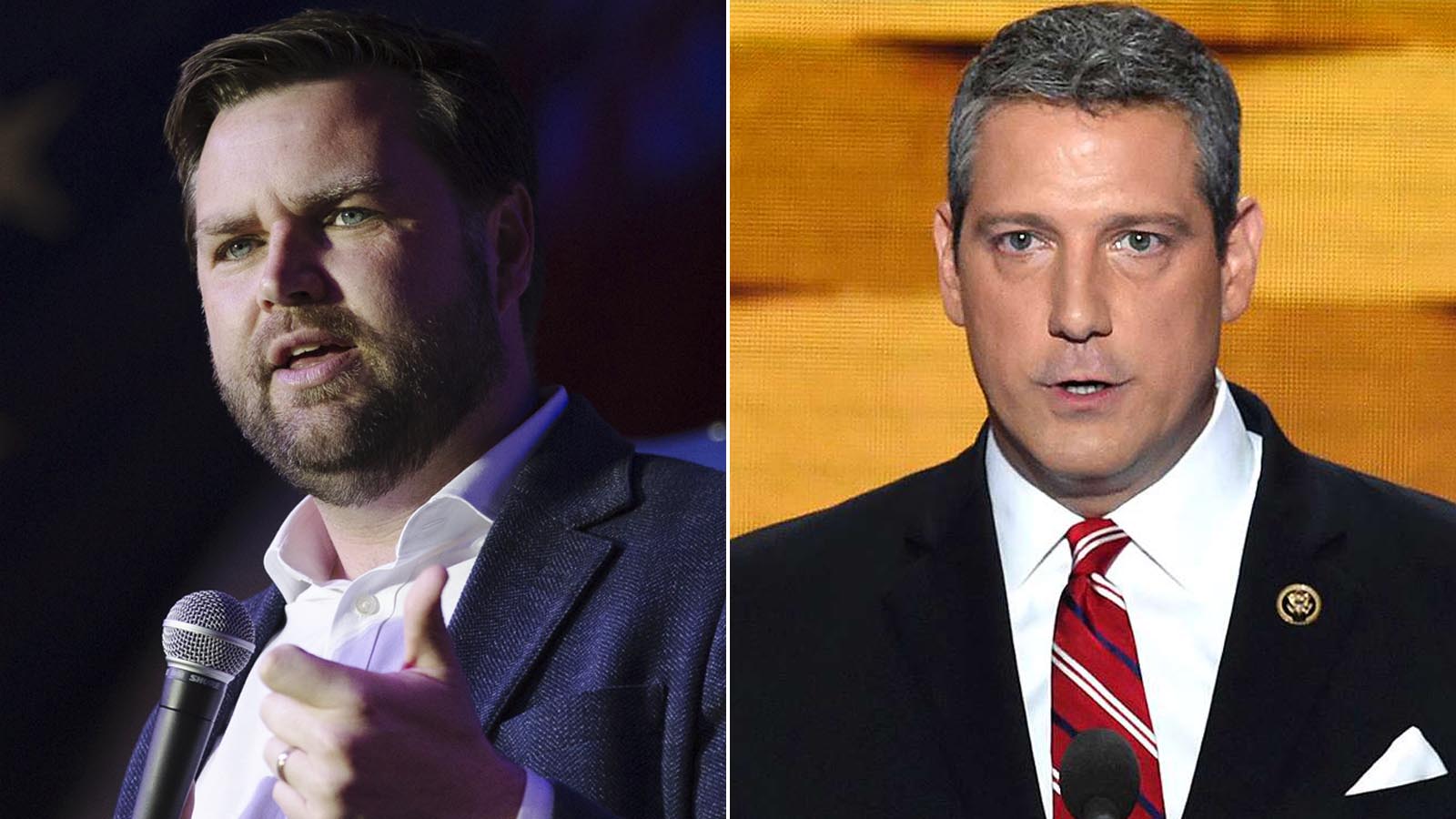 The candidates clashed on every issue discussed on Monday, which ranged from abortion to gun control. Ryan and Vance also shared heated exchanges throughout the night as they sought to paint each other as being too extreme for Ohio voters.

The Ohio Senate race has attracted nationwide attention since Sen. Rob Portman (R-OH) announced he would not seek reelection, giving Democrats a chance to pick up a seat in the contentious midterm cycle. Ohio, once viewed as a bellwether for presidential elections, has since shifted to be a somewhat red state in recent years.

Here are five takeaways from the closely watched debate.

The debate began with sprawling answers on the economy and inflation, with moderators asking the candidates whether they supported the passage of the Inflation Reduction Act to ease rising costs.

Ryan started off the night empathizing with Ohio residents dealing with increases in the cost of living, calling the current economic climate “rough” and “brutal.” The House Democrat, who voted in favor of passing the Inflation Reduction Act, went on to lament that one of the “big drivers of inflation” has been strained supply chains nationwide.

“That’s not going to reduce inflation; that’s adding more fuel to the fire of inflation,” Vance said. “I really wish everyone had stood up to this vote because it might have made the inflation crisis that we’ve been seeing over the last nine months a lot better if he hadn’t.”

Democrats have struggled with how to address rising inflation on the campaign trail as Republicans have long focused on the key voter concern in the midterm election cycle, pointing to soaring rates under President Joe Biden.

Candidates attack each other on abortion, but stances remain unclear

Ryan and Vance spent a considerable amount of time sparring over abortion policy, with both candidates seeking to paint the other as out of step with the public.

Ryan echoed his stance that Congress should codify the protections that were provided under Roe v. Wade, which legalized nationwide access to abortion before it was overturned by the Supreme Court this summer. The Ohio Democrat lamented strict abortion laws that have been enacted after the court’s decision, pointing to an underage rape victim who traveled across state lines to Indiana to obtain the procedure.

“Here in Ohio, we see a couple of stories every week where women are in difficult circumstances and Ohio healthcare workers won’t take care of them,” Ryan said. “So they have to go to Illinois, or they have to go to Indiana with a tragedy: pregnancy through rape. … It’s tragic, and J.D. and his extreme crew, they want to have a national ban, and they’re not happy with people having to go to Illinois. They want people to get a passport and have to go to Canada. The largest governmental overreach in the history of our lifetime.”

Vance shot back, arguing he does support abortion access in some cases. However, when asked what specific exceptions he would allow, the Republican candidate stopped short of naming any.

“There are a number of different exceptions here, and what I want to say is that you cannot say with total confidence what every single exception in every single case is going to be,” Vance said.

Instead, the Republican candidate slammed Ryan for being “an extremist,” pointing to Ryan’s voting record supporting legislation that would make legal abortion without limits up to 40 weeks of pregnancy. However, Vance did come out in support of a 15-week federal abortion ban recently proposed by Sen. Lindsey Graham (R-SC), a position he didn’t explicitly state in the first debate.

As he has done throughout his midterm campaign, Ryan attempted to appeal to swing voters by distancing himself from Biden and House Speaker Nancy Pelosi, prominent party members who are unpopular with voters on the opposite side of the aisle, and instead tried to tie Vance to former President Donald Trump.

Several times throughout the debate, Vance sought to link Ryan to Pelosi, arguing he votes with the California Democrat “100% of the time.” However, Ryan fought back, saying he ran against Pelosi for her leadership position in the House — arguing it proves that he, unlike Vance, can “take on your own leaders.”

Vance then faced questions from the moderators regarding his relationship with Trump, referencing comments from the former president at a recent rally that Vance, a former Trump critic, is “kissing my ass for support.” The Republican candidate brushed off the comments, claiming Trump’s remarks were just a joke.

“When the former president said J.D. is ‘kissing my ass because he wants my support,’ you took that as a joke?” one of the moderators asked.

“I know the president very well. And absolutely,” Vance replied. “He was joking about a New York Times story. That’s all he was doing. I didn’t take offense to it.”

Although the two candidates have shared support for upholding the Second Amendment, they broke from one another on how they’d address rising rates of gun violence nationwide.

Vance argued the rise in gun violence is largely due to “Democrats [deciding] to declare war on America’s beliefs.” Instead, the Republican proposed strengthening “commonsense” gun laws rather than trying to implement new policies such as stricter background check systems and other regulations.

The Republican candidate also proposed “allowing properly trained teachers to carry firearms” as a way to prevent school shootings, prompting pushback from Ryan, who argued “it’s a very risky proposition” to have an armed teacher in school — even if they’re properly trained.

Ryan maintained his support for maintaining Second Amendment rights but emphasized that laws must be strengthened to address mass shootings at schools.

“You can’t watch the level of violence that we have here and not think we need background checks,” Ryan said. “We need to close the gun show loophole. We need to make sure that these weapons of war are not readily available.”