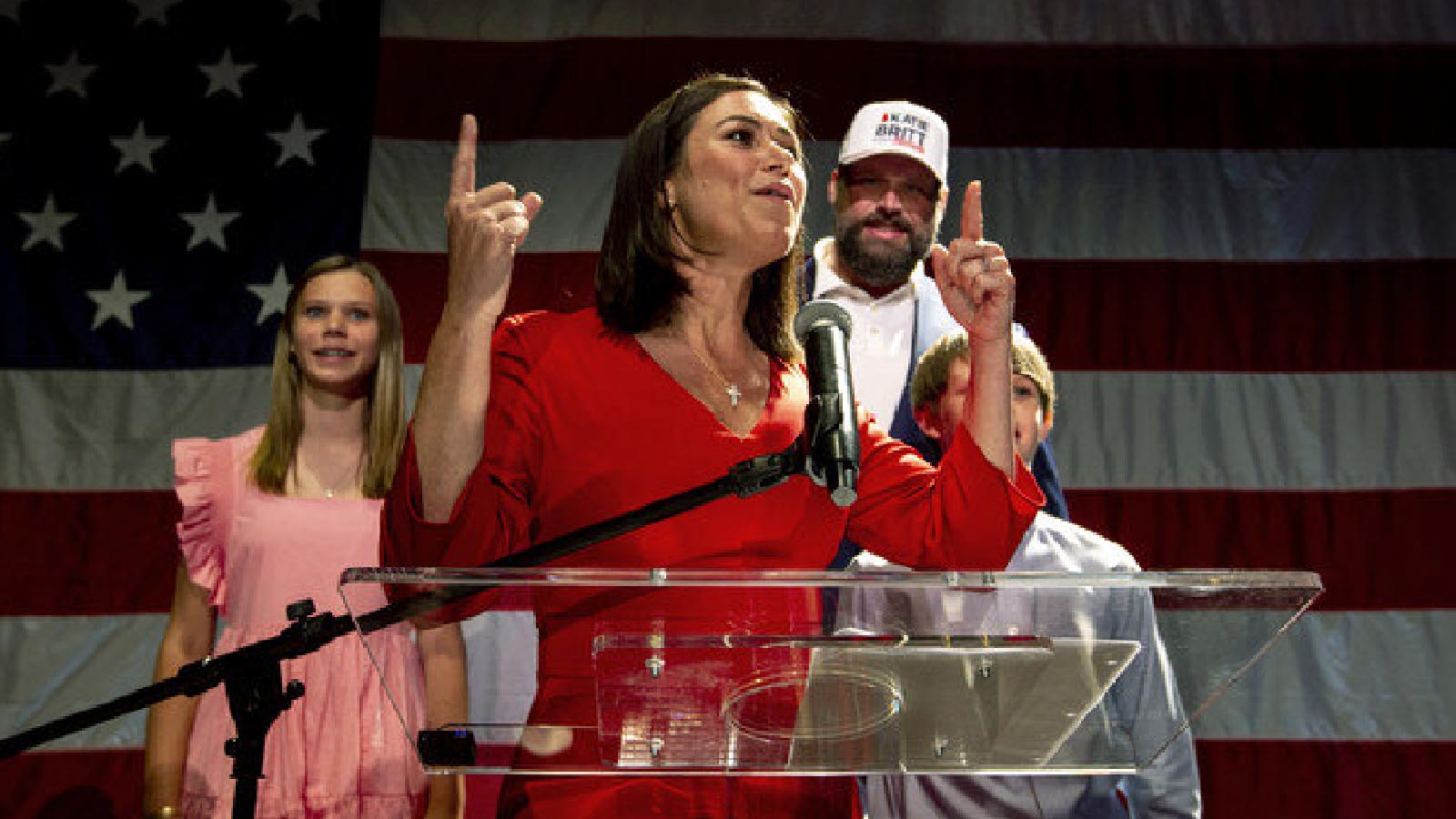 Perhaps one of the most closely watched races of Tuesday was announced shortly before 9:00pm EST, as Katie Britt emerged victorious in her runoff race against Rep. Mo Brooks, making her the Republican nominee for Alabama’s U.S. Senate seat.

She had almost won the primary race on May 24 when she had a sizable lead of nearly 20 percentage points, though she failed to get the 50 percent needed in order to prevent triggering a runoff election.

Britt is almost certainly expected to win the general election in November to fill retiring Sen. Richard Shelby’s (R-AL) seat. This race was a particularly high-profile one, though, as former President Donald Trump had initially endorsed Rep. Brooks, but pulled his endorsement in March of this year after the congressman encouraged the former president to put the 2020 election behind him.

Ultimately, Trump endorsed Britt on June 10, who was also endorsed by Sen. Shelby, her former boss. In his endorsement, Trump reiterated his disappointed in Brooks, referring to how the congressman’s “54-point lead evaporated overnight.”

In his endorsement, Trump mentioned that “Katie Britt, on the other hand, is a fearless America First Warrior. The opposition says Katie is close to Mitch McConnell, but actually, she is not—in fact, she believes that McConnell put Mike Durant in the race to stop her, which is very possibly true. Katie is an Incredible Fighter for the people of Alabama. As President and CEO of Alabama’s Business Council, Katie has been working hard to Grow Alabama’s Economy, Create Jobs, and Restore the Great American Dream. She has the Total Support and Endorsement of Chairman Jimmy Parnell and the Alabama Farmers Federation.”

Other big names supporting Britt included Sen. Tom Cotton (R-AR) and Sarah Huckabee Sanders, who is the Republican nominee for governor in Arkansas.

As she did with regards to other races called this evening, RNC Chairwoman Ronna McDaniel released a statement. “Congratulations to Katie Britt on her hard-fought campaign and victory. Republicans from across the Yellowhammer State know Katie will advance Alabama values and push back against Joe Biden’s record gas prices and the crisis at our southern border,” McDaniel said.

Britt goes on to face Democrat William Boyd in November.