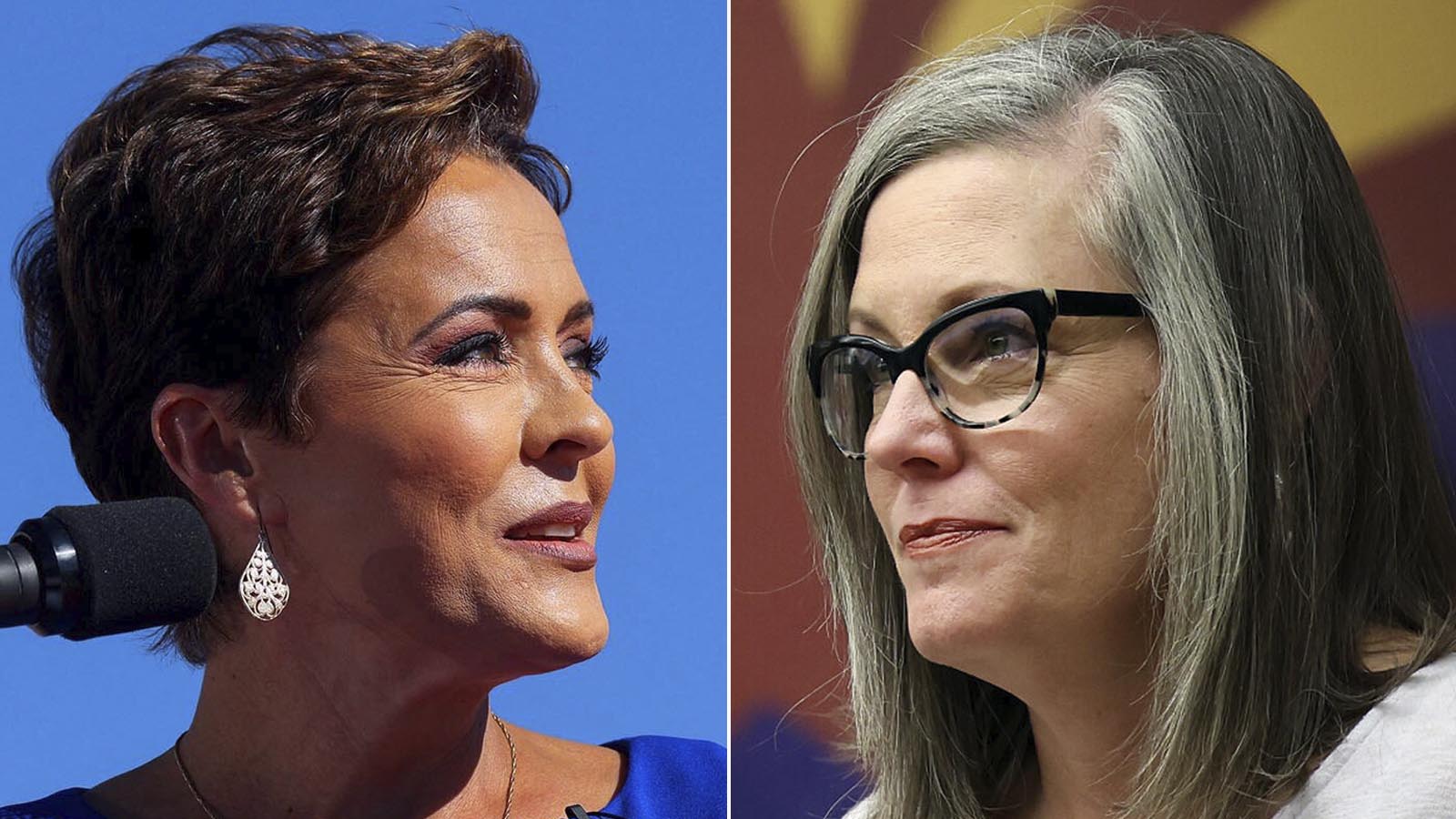 Lake gained 3,614 more votes than Hobbs in the latest round of votes reported by election officials.

Hobbs still leads by about 34,100 votes, according to unofficial results from the office of the Arizona secretary of state.

Lake, 53, a former television anchor, has repeatedly said she thinks she’ll win once all the votes are counted.

“We’re very confident that these counts are going to start going heavily our way and we will win this,” the GOP candidate said on Fox News on Friday.

Hobbs, 52, Arizona’s secretary of state, said in a video message late Saturday that “we are still awaiting final results but spirits on Team Hobbs are high.”

Most of the newly reported ballots are from Maricopa County, the state’s largest county, which is still counting ballots days after the Nov. 8 midterms.

“We continue to process through the ballots and tabulate the ballots and report new numbers, and we’re going to continue to do that in a way that is moving along very efficiently and also ensuring that all these votes are counted accurately,” Bill Gates, the Republican chairman of the county’s Board of Supervisors, told reporters earlier on Saturday.

Officials are still counting several categories of ballots, including mail-in ballots and ballots that voters were forced to leave in secure portions of tabulators after tabulators across the county stopped working on election day.

Approximately 87.6 percent of the ballots have been counted, officials said after the latest update.

Of the 266,763 uncounted ballots, 93 percent were in Maricopa County or Pima County, according to estimates provided by Hobbs’s office. Both represent are the state’s most populated areas.

Pima County officials also reported some ballots on Saturday and, like Maricopa, plan to continue counting on Sunday. Officials in both counties have said work will likely continue into next week.

Sen. Mark Kelly (D-Ariz.), meanwhile, saw his lead over Republican challenger Blake Masters swell by another 29,500. Kelly leads by more than 131,000 votes, and outlets have called the race for him.

Masters said in a statement Saturday that “we are going to make sure that every legal vote is counted.”

“If, at the end, Senator Kelly has more of them than I do, then I will congratulate him on a hard-fought victory,” he added. “But voters decide, not the media; let’s count the votes.”