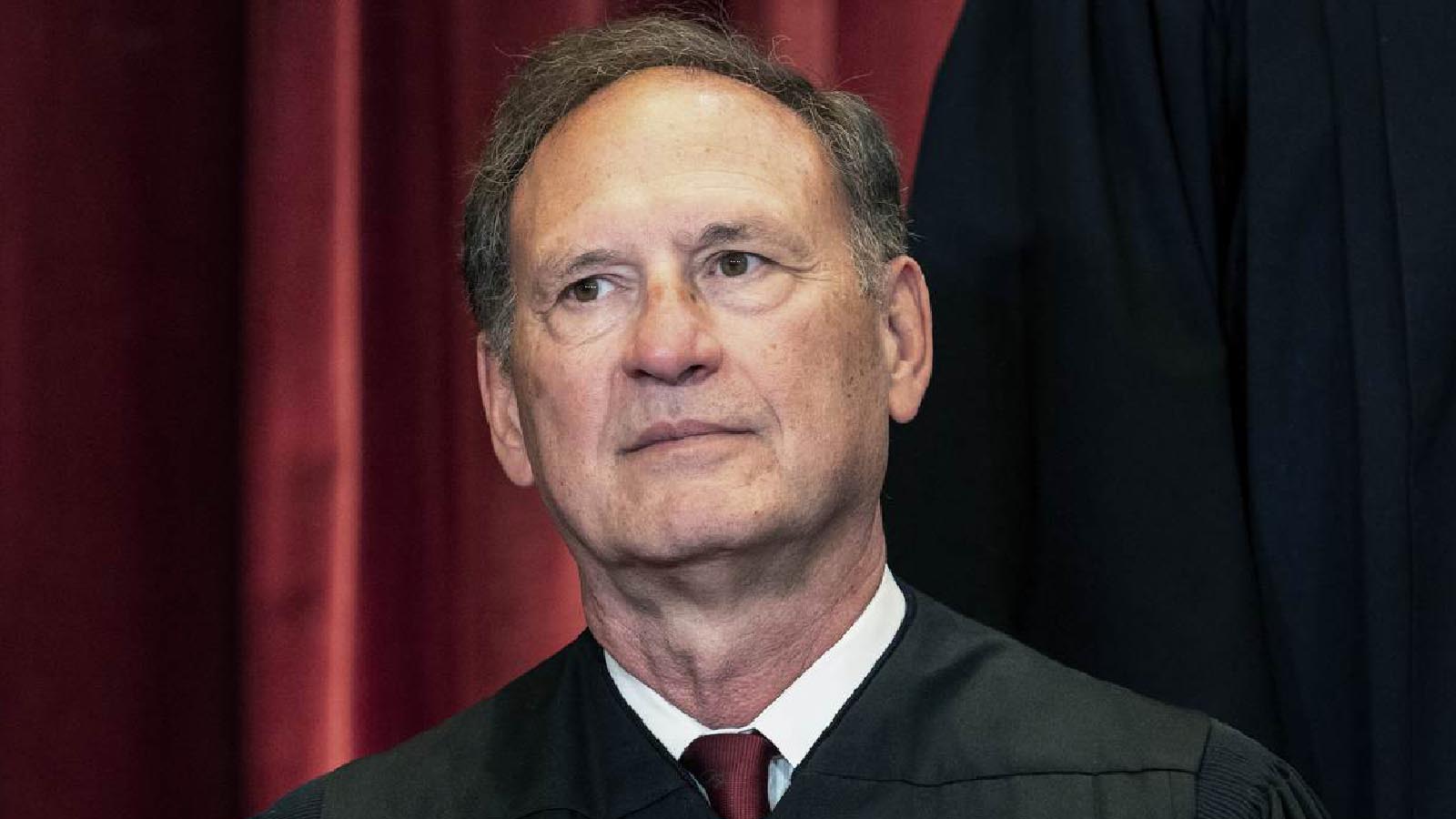 On Thursday night, Justice Samuel Alito spoke remotely as he addressed a crowd at the Antonin Scalia School of Law at George Mason University, according to Tyler O’Neil at Fox News. All eyes have been on the justice since POLITICO reported on a leaked draft opinion that he authored signaling that the U.S. Supreme Court will overturn Roe v. Wade.

O’Neil also cited coverage from Robert Barnes and Lauren Lumpkin with The Washington Post, who took a different tone with their headline and reporting.

“Alito reluctant to discuss state of Supreme Court after Roe leak,” their headline read. As they began their piece, with added emphasis:

In his first public address since the explosive leak of a draft Supreme Court opinion he wrote that would overturn Roe v. Wade, Justice Samuel A. Alito Jr. breezed through a detailed examination of statutory textualism, and renewed a disagreement over the court’s decision saying federal discrimination law protects gay and transgender workers.

But he was a little stumped by the final audience question from a crowd at Antonin Scalia Law School at George Mason University: Are he and the other justices at a place where they could get a nice meal together?

“I think it would just be really helpful for all of us to hear, personally, are you all doing okay in these very challenging times?” the questioner asked.

The fact that Alito was speaking via closed circuit from a room at the Supreme Court seven miles away, rather than in person, was a sign these are not normal times.

“This is a subject I told myself I wasn’t going to talk about today regarding, you know — given all the circumstances,” Alito replied.

After a pause, he added: “The court right now, we had our conference this morning, we’re doing our work. We’re taking new cases, we’re headed toward the end of the term, which is always a frenetic time as we get our opinions out.”

The court gathered Thursday for the first time since the draft opinion was disclosed to Politico and the court’s chief justice, John G. Roberts Jr., opened a leak investigation.

Although Barnes and Lumpkin acknowledged that “these are not normal times,” their report stopped short of detailing what the conservative justices have endured. There’s also no mention of churchgoers who had their services disrupted by radical abortion protesters or pro-life organizations whose headquarters have been the subject of violence and vandalism.

Townhall has reported and confirmed that Justice Alito has not been at his home at this time, though protests outside his house and the houses of the other conservative justices, still continue. This includes the home of Chief Justice John Roberts, even though he does not appear to be willing to overturn Roe v. Wade, like Justice Alito and four other justices do.

Justice Alito also acknowledged on Thursday night “we’re doing our work.” How does that show he is “reluctant?”

Despite the word choice that Barnes and Lumpkin went with for their headline, even they acknowledged how the justice did participate, including when it comes to Bostock v. Clayton County, the 2020 case in which the Court ruled bans on the basis of sex apply to discrimination when it comes to gender identity.

The opinion was written by Justice Neil Gorsuch, with Chief Justice Roberts have joined in on the opinion, which was considered something of a disappointment to conservatives.

Alito called Gorsuch a “colleague and friend,” saying he is happy to have him on the Court. Yet he reiterated his view that Gorsuch’s opinion is “in my view indefensible.” Alito noted that the concept of gender identity was unknown at the time Congress passed the Civil Rights Act of 1964, and that Congress would not have passed the law if legislators had known it would be interpreted this way. “It might not have gotten a single vote,” he said.

As Sister Toldjah covered for our sister site of RedState, The Washington Post, via an analysis by Aaron Blake with a headline that has since been updated, was one of those referenced in “Legacy Media Credibility Takes Another Hit as Major Rumor About Justice Alito Is Confirmed.”

When it comes to Sen. Majority Leader Chuck Schumer (D-NY) laughing, and outgoing White House Press Secretary Jen Psaki saying on Tuesday they “certainly continue to encourage that outside of judges’ homes,” Democrats really seemed to drop the ball on this one.

On Thursday morning, as Katie covered, Attorney General Merrick Garland finally issued additional protection for the justices, as he had been under enormous pressure to do.