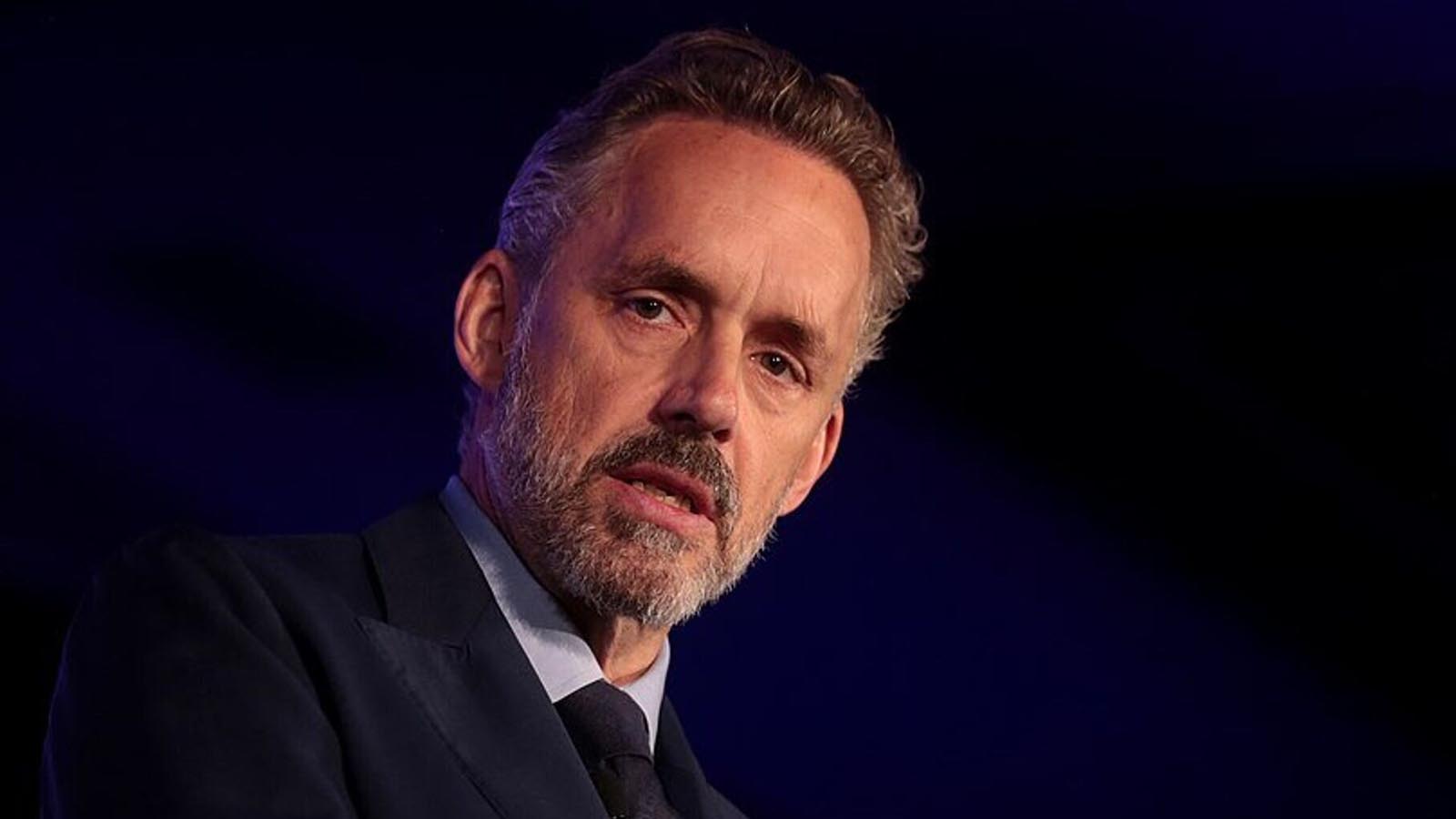 Opinionated psychologist and social media star Dr. Jordan Peterson claimed on Twitter Tuesday that the College of Psychologists of Ontario is requiring him to undergo “social media retraining” as punishment for his tweets criticizing Canadian Prime Minister Justin Trudeau and the country’s draconian COVID policies, refusing to use preferred pronouns, saying that a plus-size model was not in fact beautiful, “dead-naming” trans actor Ellen (now Elliot) Page, among other non-woke transgressions.

The College of Psychologists of Ontario is the body that oversees and sets the standards for the profession of psychology in Ontario and could suspend Peterson’s clinical license if he refuses the indoctrination. 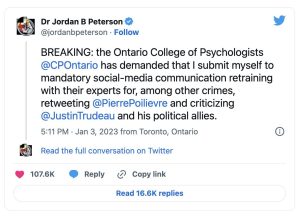 He followed up with several more missives:

“I have been accused of harming people (although none of the complainants involved in the current action were clients of mone [sic], past or present, or en [sic] were even acquainted with any of my clients,” he wrote.

“About a dozen people from all over the world submitted complaints about my public statements on Twitter and [podcaster Joe] Rogan over a four year period (out of the 15 million who follow me on social media) claiming that I had “harmed” people (not them) with my views.”

Twitter CEO Elon Musk, who allowed the formerly-banned Peterson back on the site after he took ownership of the company, was stunned:

Think this Soviet-style thought policing couldn’t happen here in the good old US of A? Think again. California recently signed into law the anti-free-speech, anti-first-amendment law AB 2098, which allows the state medical board to revoke the licenses of those who spread “misinformation.” The totalitarian measure seems explicitly written to invite abuse; it doesn’t take long to realize that Governor Gavin Newsom or one of his functionaries could label any thought they don’t like as “misinformation,” and promptly ruin the career of the person who dared stray from state orthodoxy.

It's eerie how familiar this is to those of us who grew up in the USSR. https://t.co/PyjKsaXnFa

But what exactly did Peterson say that has so irked the groupthink crowd? DailyMail brings us a partial summary:

2016: Slammed proposed Canadian legislation that would ban discrimination based on ‘gender identity or gender expression’, claiming it would threaten free speech

2017: Claimed that ‘the idea of white privilege is absolutely reprehensible’ because ‘most people have all sorts of privilege’

2018: Told British TV network Channel 4 that men need to ‘grow the hell up’ and ‘adopt responsibility’ while discussing the crisis of masculinity. Also claimed that the gender pay gap was not ‘only due to sex’

Late 2020: Staff at Penguin Random House Canada attempt to block the publication of his self-help book Beyond Order: 12 More Rules for Life, slamming Peterson as an ‘icon of white supremacy and hate speech’

May 2022: Calls plus-size Sports Illustrated Swimsuit cover model ‘not beautiful,’ and further claiming ‘no amount of authoritarian tolerance is going to change that.’

Notice that none of Peterson’s pronouncements promote violence, or incite anyone to take harmful action against anyone else. These are just his opinions, and we used to live in a world where we were allowed to air those.

Canada’s descent into authoritarianism seems remarkably swift, and Prime Minister Justin Trudeau’s brutal crackdown on the Freedom Convoy should have been a warning to us all. (The Freedom Convoy was comprised of truckers peacefully protesting against Canada’s repressive COVID policies). He quickly moved on from that travesty to banning handguns. Where I used to view the Great White North as a country of moose and disturbingly friendly people, I now see it as a warning.

Peterson intends to fight back and has filed a Notice of Application for Judicial Review with the Ontario Divisional Court. Even if you don’t like what he has to say, it’s battles like these that all of us must wage if we are going to stop the surge of ideological suppression that seems to be overtaking western democracies.

If you’re interested in what Peterson has to say, here’s the most recent video from his YouTube channel where he promotes the terrible, evil argument that helping minors transition genders is malpractice. (Disclosure: portions of the previous sentence contain sarcasm, which is not, yet, outlawed.)