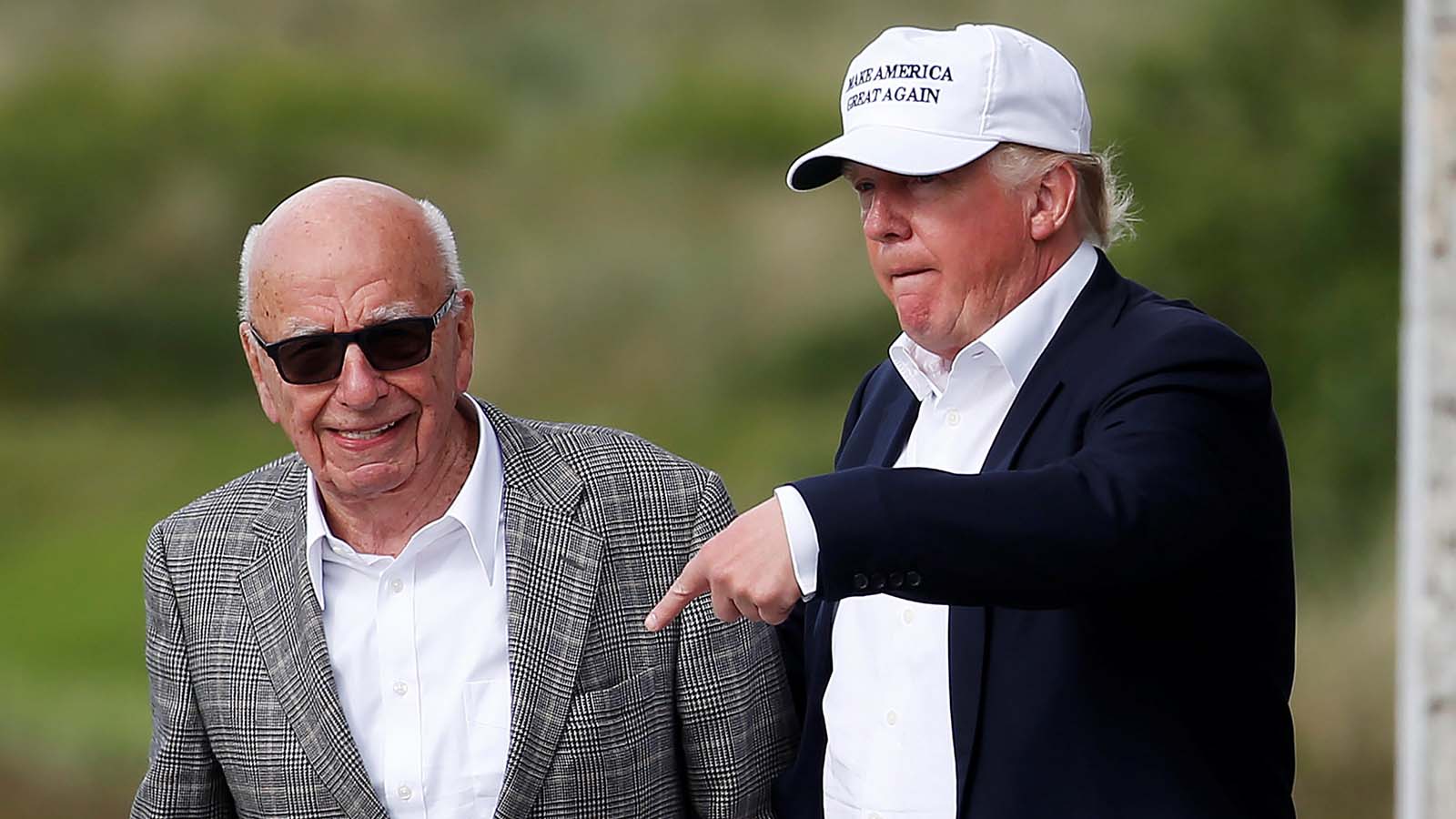 An increasingly sour relationship between former President Trump, Fox News and the rest of Rupert Murdoch’s media empire that has been building for months has come to a head in the weeks following the midterm elections.

It is a rift that is being watched closely in political and media circles given the power of Fox News and other media entities owned by Murdoch in potentially shaping the race for the GOP presidential nomination in 2024.

Trump has already mounted a new run for the presidency, but many of Murdoch’s press outlets are either outright criticizing Trump or flirting with other political leaders.

And that could hurt Trump’s new bid for the White House, which is already off to a stumbling start amid criticism of him from other Republicans.

“Trump’s superpower is getting all the coverage. That’s not happening anymore. Fox is not covering him 24 hours a day,” Daniel Cassino, a media expert who wrote a 2016 book about Fox’s influence over American politics, told The Hill earlier this year. “So, it seems that is leading to frustration that he’s not dominating Fox the way he did before.”

Trump could typically count on several leading hosts at Fox News, and columnists at the New York Post and Wall Street Journal, all owned by Murdoch, during his presidency for supportive or at least sympathetic coverage of his administration and regular attacks on his political enemies.

But as his first term drew to a close, Trump grew increasingly vocal about his frustrations with Murdoch.

Things also came to a head on election night 2020 when Fox was the first network to call Arizona for Joe Biden, a decision that infuriated Trump and that led to an effort by officials with his campaign to get Fox to reverse its call.

After Trump refused to concede, Murdoch reportedly reached a breaking point with Trump, who complained to the media mogul directly about the Arizona call.

Eventually, Murdoch came to distance himself from Trump in public.

“It is crucial that conservatives play an active, forceful role in that debate, but that will not happen if President Trump stays focused on the past,” Murdoch said in remarks at an annual meeting of News Corp. stockholders days after the election. “The past is the past, and the country is now in a contest to define the future.”

Two years later, media and political observers note the tone on Trump from outlets like the Journal and Post has shifted in a big way.

Murdoch’s outlets in recent months have sent the message that they “see Trump as more of an anchor than a life preserver when it comes to the kind of politics they’d like to see,” said Tobe Berkovitz, associate professor of advertising emeritus at Boston University.

“They all see that Trump is no longer the lunch bucket for them when it comes to ratings and readership,” Berkovitz said. “Ironically, MSNBC, CNN and some of the mainstream media are riding the Trump pony for all its worth.”

Fox remains the top-rated network on cable, with one recent study showing it is watched by a larger portion of Democrats and independents than other networks, a byproduct of its outsized audience share.

“There’s a good chance of Fox News maintaining, regardless of whatever its direct relationship with Trump, the view that its core consumer is one that wants to hear good things about Republicans and bad things about Democrats,” said Josh Pasek, associate professor of communications and media at the University of Michigan. “If you look at what’s on Fox News, it’s a lot of the same stuff that was on Fox News before Trump.”

Murdoch has made other moves telegraphing an increasingly frosty view of the former president.

In September of last year, he hired the bombastic British television host Piers Morgan, who has publicly sparred with the former president, to host a show on U.K.-based TalkTV and write regular columns for the Post.

Fox News also stopped airing Trump rallies and speeches in full after his presidency came to an end. One exception came in November when the former president held an event at Mar-a-Lago announcing a bid for the White House in 2024.