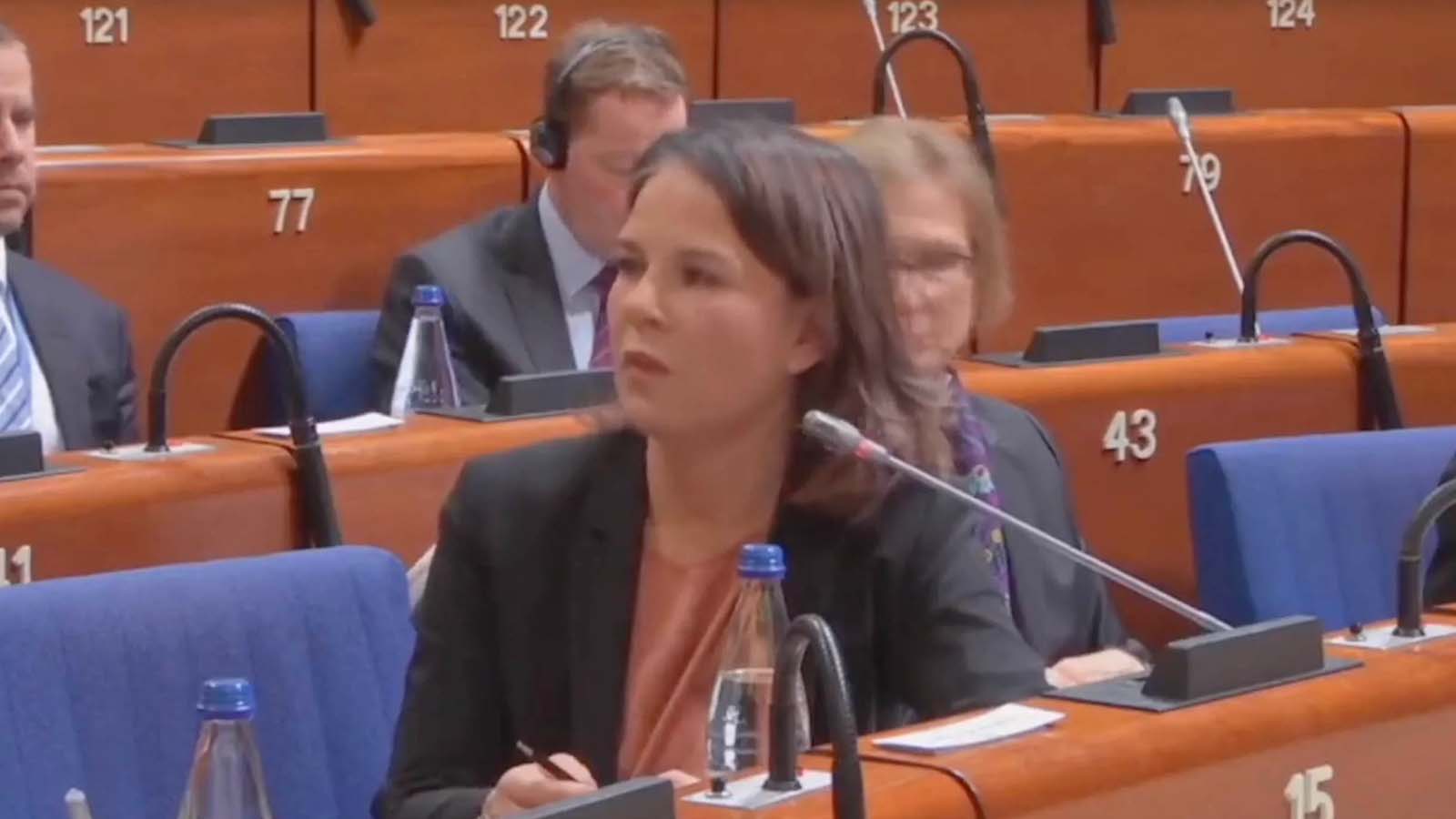 Coming on the heels of Germany’s announcement to send Leopard 2 tanks to Ukraine, German foreign minister Annalena Baerbock has declared “we are fighting a war with Russia” at a meeting of the European Council.

“We have to do more also on tanks,” Baerbock said. “But the most important, crucial part is that we do it together, and we do not do the blame game in Europe, because we are fighting a war against Russia, and not against each other.”

NATO countries have so far scrupulously avoided insinuating that they are direct participants in the regional border conflict over ethnic Russian territories in Eastern Ukraine.

42-year-old Baerbock is known for her gaffes and child-like, garbled speech. Still, she is the most popular politican in Germany, despite the fact she was found to have fudged her CV and received her Master’s degree from the London School of Economics after only one year, despite not having earned a bachelor’s degree. Her master’s thesis remains lost. She received a €40,000 scholarship from the Green Party foundation 2009-2012 to attend LSE.

German tanks last saw combat in Ukraine during the Nazi invasion of the Soviet Union. Some of the most bloody tank battles in history took place in the region of Kharkiv and Kursk just across the border to the northwest of Ukraine.