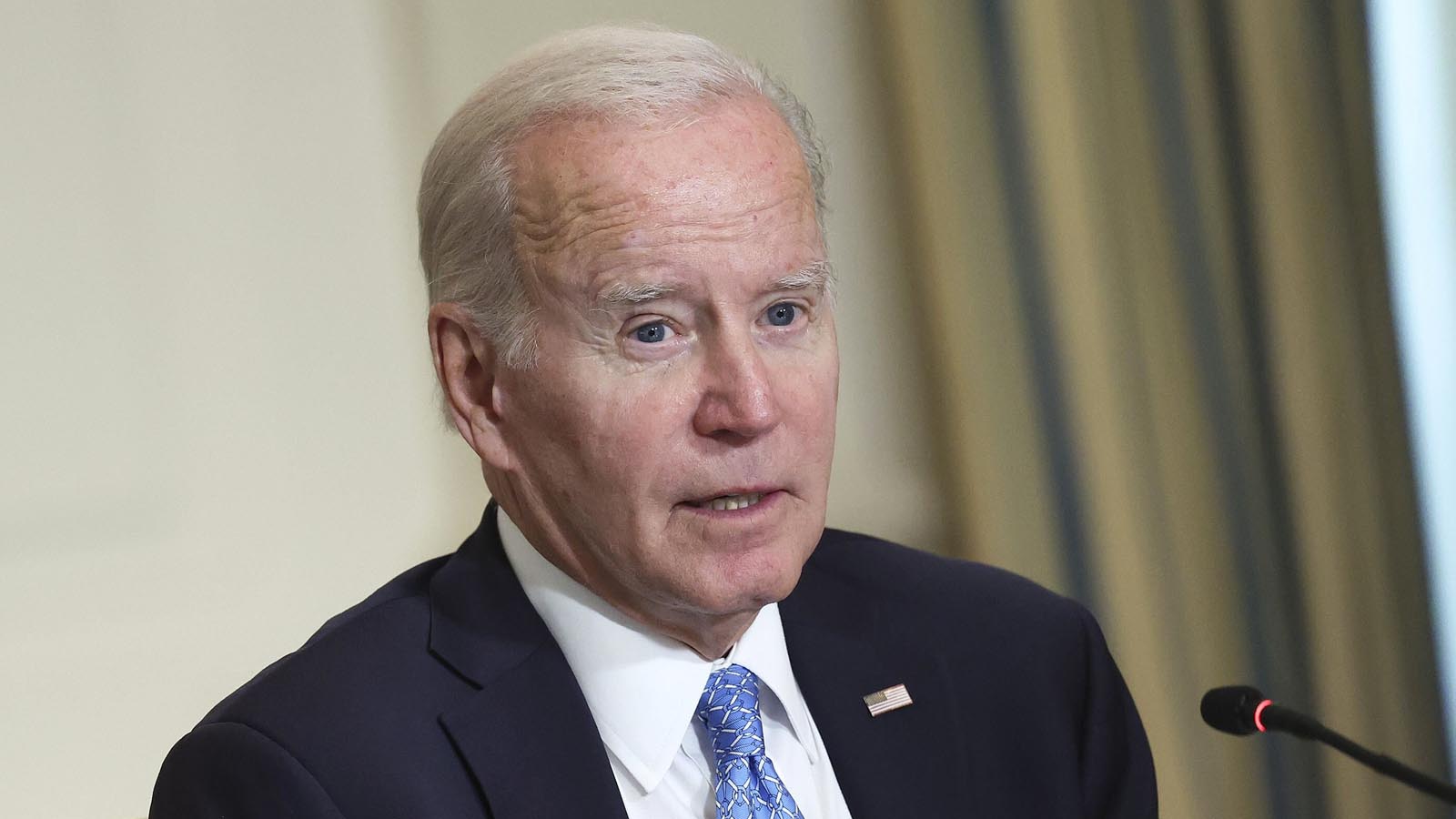 Nobody knows for sure if gaffe-master President Joe Biden, 79, is dealing with some level of cognitive decline. The White House says he’s fine, and his top people have assured Americans that Biden has no problems in that department.

The concern is that the president’s actions speak louder than those words of reassurance, and Biden’s increased number of moments of confusion while in public has many people concerned, including former White House physician and current Texas Republican Rep. Ronny Jackson.

During a fiery rally for former President Donald Trump in Robstown, Texas, on Saturday evening, Jackson took the stage for a few minutes to hype up the crowd.

He doubled down on his previous assessment of Biden’s cognitive decline, suggesting that the 46th president has turned the White House into an “assisted living facility.”

.@RonnyJacksonTX – "I'm making a medical determination: Joseph Biden does not have what it takes to be our president. This man's confused … He shuffles when he walks, he slurs his speech, he stares blankly off into nowhere…Lives in an assisted-living facility at White House" pic.twitter.com/xqSaMcLaVk

Jackson, on multiple occasions, has argued that Biden is simply unfit to hold office.

The Texas lawmaker’s most recent concerns came last month when Biden generated headlines when he called out for the late Indiana Republican Rep. Jackie Walorski, who died in August as a result of a tragic vehicle accident in her home state.

“Representative Jackie, are you here? Where’s Jackie? She must not be here,” Biden said in one of his more awkward public embarrassments.

BIDEN: "Representative Jackie, are you here? Where's Jackie? She must not be here…"

Rep. Jackie Walorski was killed in a car accident in August along with two of her aides. pic.twitter.com/Gka6uUMWyO

Jackson, who served on the White House’s physician staff for former Presidents Barack Obama and Trump, held nothing back in his response to the “Where’s Jackie?” moment of sheer cringe, doubling down on his previous calls for Biden to submit to a standard cognitive test.

“It doesn’t take a neurologist to realize he’s in serious cognitive decline,” Jackson said, according to the Washington Examiner.

“The American people know what’s going on here, and they don’t think the commander in chief is capable of doing his job. It’s past time for White House staff and the liberal media to stop shielding him from questions about his mental acuity and demand he answer my call for a cognitive test.”

Biden’s continued seeming decline comes at a time when one of the hottest political questions of the day revolves around whether or not he’ll make a second run for the White House in 2024.

Going by most of the polls, including one taken in July asking whether or not respondents want Biden to shoot his shot for a second term, most of the party seems to prefer fresh, younger blood.

As CNBC reported, in a survey conducted by The New York Times/Siena College Research Institute, only 26 percent of Democrats want Biden as their party nominee for the 2024 election. A staggering 64 percent of Democrats indicated that they would prefer someone else. Yikes.

The primary reasons why they’re shying away from the incumbent making a 2024 run were telling: The survey’s respondents pointed to Biden’s age and job performance as their top concerns.

Those polls have thrown a massive wrench in the gears of the Democratic National Committee. The DNC is presumably scrambling for a viable 2024 candidate that has a chance to beat strong potential Republican nominees like former President Trump or Florida Republican Gov. Ron DeSantis.

Vice President Kamala Harris might have been the backup option early on, but her polling and job performance have made her about as unpopular as her boss. According to an exclusive Harvard CAPS-Harris Poll survey taken for The Hill, an August hypothetical matchup that pitted Trump against Harris and Biden had Trump winning both times.

It’ll be fascinating to see what moves are made on the Democratic side of the aisle after the 2022 midterms. If Democrats are beaten as severely as many expect them to be, it’ll be seen as a referendum on Biden and Harris, and the Democratic Party will need to conduct a serious internal talent search if they want a chance at winning anything in 2024 — especially the White House.