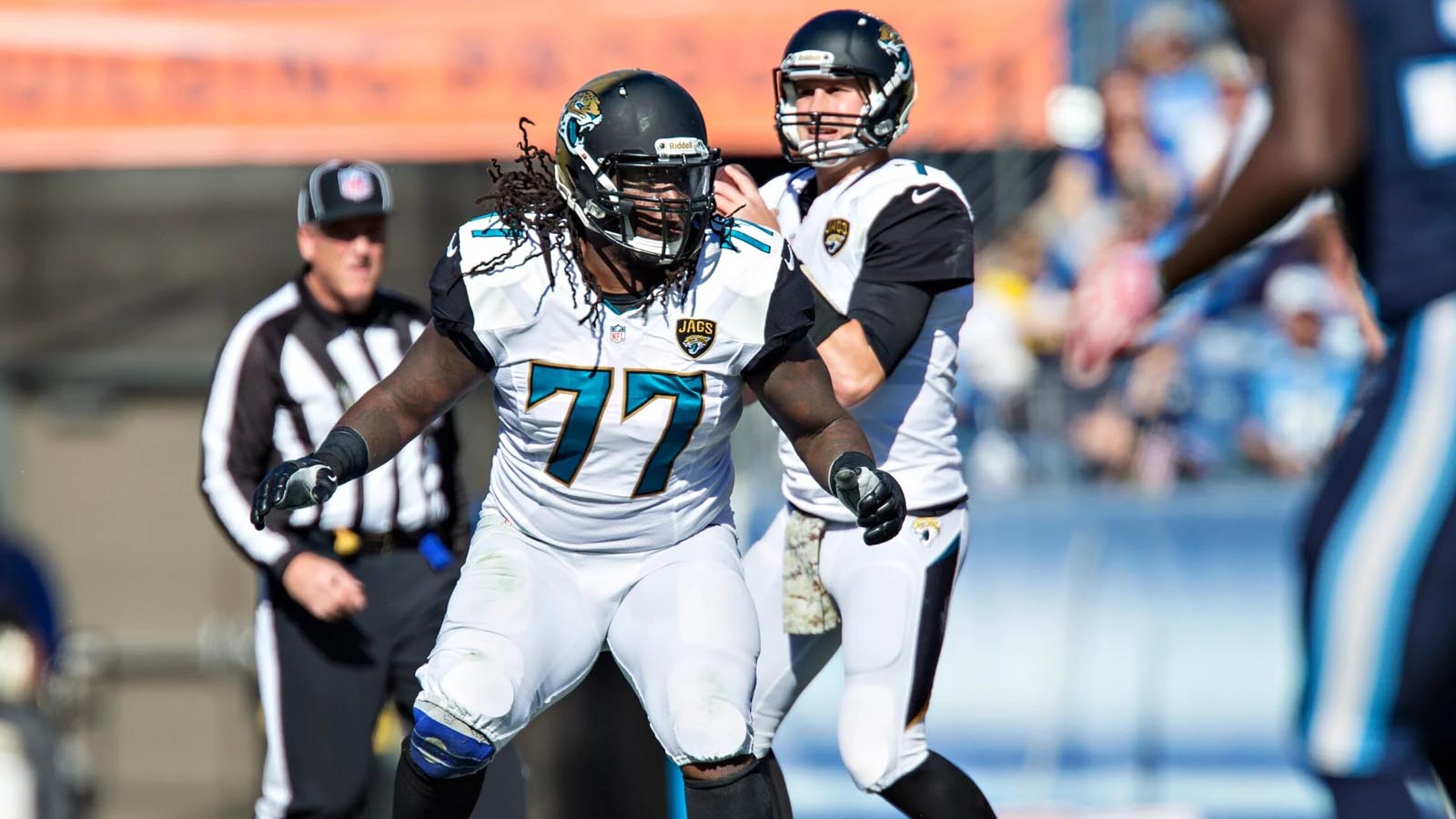 The former OL star was found unresponsive at his wife’s home in West Lafayette on December 30, according to TMZ.

“Nwaneri was at his wife’s home in West Lafayette — about 65 miles northwest of Indianapolis — when police received a call around 1 AM stating the 6’4″ NFL guard collapsed in a bedroom,” the outlet reported.

According to the report, medical personnel tried to save Nwaneri but were unsuccessful.

An autopsy that was performed by the Tippecanoe County Office of the Coroner on Monday revealed that there were no signs of foul play.

Uche may have died from an “enlarged heart with sudden heart failure,” as stated by the coroner in their preliminary report.

According to authorities, there are no signs of trauma or foul play.

Toxicology results are expected back in a few weeks, at which point the official cause will be announced.

Tony Khan — son of Jags’ owner Shahid — issued a statement shortly after the news broke … saying Nwaneri “forged a strong bond with the Jags fans that’s remained to this day.”

“On behalf of the Jaguars organization and my family, our thoughts are with Uche’s family + friends at this terrible time.”
The Dallas native started his football career when he committed to Purdue over Kentucky and Texas A&M in 2003.
He was suspended from Purdue for the 2005 fall semester after breaking his teammate Ryan Noblet’s jaw during a fight at practice.

Nwaneri was picked up by the Jags in the 5th round of the 2007 NFL draft and played for them until he was released on March 4, 2014.

Tributes poured in following the news of his passing.

We are saddened to learn of the passing of Uche Nwaneri. pic.twitter.com/UstPAT1i6U

#Jaguars fans will be sad to hear passing of former G Uche Nwaneri at 38, collapsing from a possible heart attack in wife's home in West Lafayette. Uch was one of the coolest cats to ever occupy that locker room. Opinionated and so loveable. What a tragedy to be taken so young.

Nwaneri was an advocate of Covid vaccine and Covid passport. He demanded to jail anyone who refused to take the shots.

“Ok so lets get these vaccine mandates and Vaccine passports up and running ASAP,” he wrote.

“We seeing children DIE daily from the unvaccinated selfishness. Pregnant women at risk too. PROTECT LIFE. MANDATE THE VACCINE. Jail anyone who refuses, to protect LIFE,” he continued. 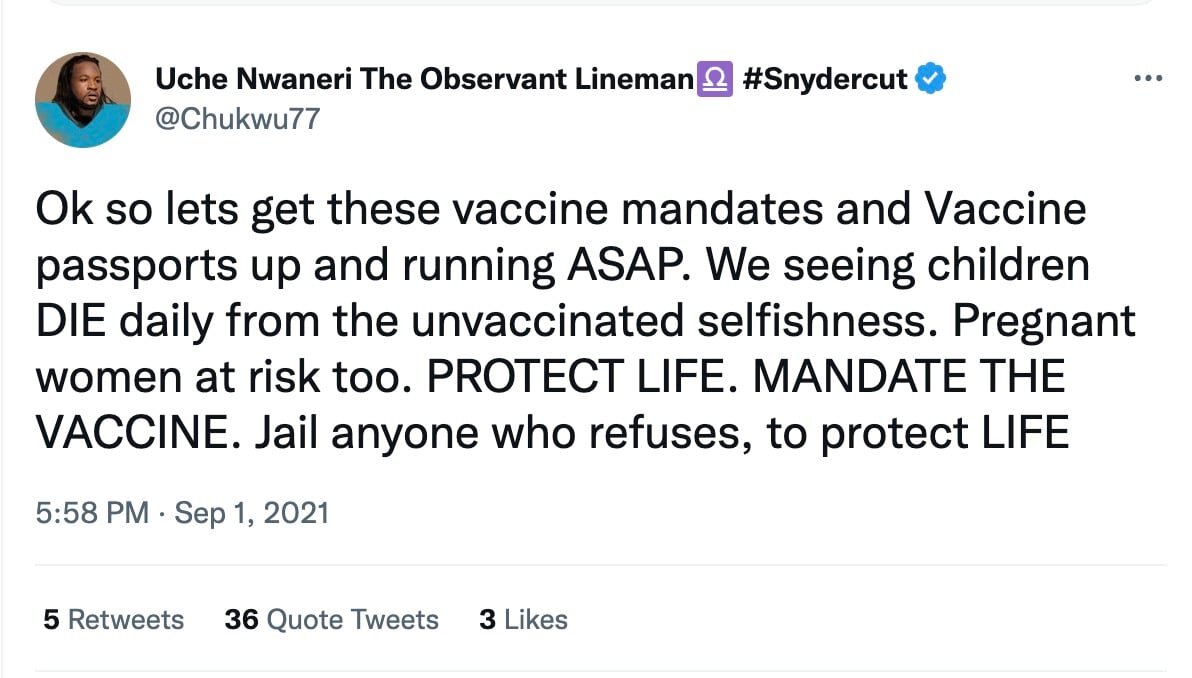