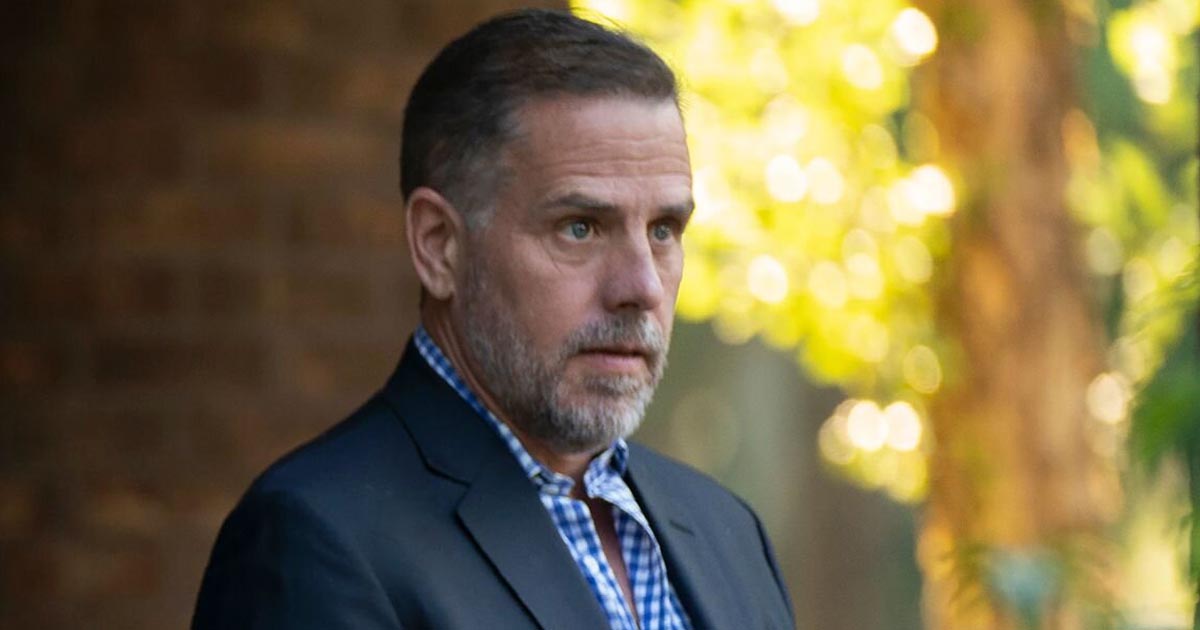 In the waning days of the 2020 election, dozens of former intelligence agents, including many high-level former officials, rushed to produce a letter decrying the Hunter Biden laptop as a Russian disinformation operation.

After the letter was leaked to Politico, no doubt the plan all along to make it public, it was then used by the Biden campaign to dismiss Donald Trump’s attacks on the matter. A story that was actually about Biden family corruption and degeneracy was instead spun into another round of accusations that Trump was colluding with the Russians.

After a relentless censorship campaign by social media and the press, outlets like The Washington Post belatedly “investigated” and confirmed that the laptop was real. By then, the damage was done, though, with a presidential election possibly being swung in the process.

Now, one of the ex-intel agents who signed that letter is admitting he lied about the situation, implicating the other signatories in the process. Per The New York Post, Douglas Wise now says in regard to the laptop that “all of us figured that a significant portion of that content had to be real.”

Douglas Wise, a former Defense Intelligence Agency deputy director, was one of 51 erstwhile intelligence brass who issued the public letter on Oct. 19, 2020 — five days after The Post began a series of reports on the now-first son’s shady overseas business dealings.

“All of us figured that a significant portion of that content had to be real to make any Russian disinformation credible,” said Wise — who didn’t respond when The Post reached out for an explanation in March of last year, but found his tongue when he spoke to The Australian.

If something is real, then it can’t be disinformation. You would hope Wise, a former deputy director for the Defense Intelligence Agency, would have the skillset necessary to ascertain something that simple, and nothing about his fence-straddling explanation for lying is convincing. It makes no sense to admit the laptop is real and then still claim it is Russian disinformation. Never mind that Wise and others had zero actual evidence that Russia was involved in the first place.

As the Post goes on to note, the idea that the letter was ambiguous and measured is simply false. It made bold proclamations about the views of the signatories and left an air of authority that was then used to influence an election.

“The letter said it had the earmarks of Russian deceit and we should consider that as a possibility,” Wise told The Australian. “It did not say Hunter Biden was a good guy, it didn’t say what he did was right and it wasn’t exculpatory, it was just a cautionary letter.”

In fact, the letter referred to “[o]ur view that the Russians are involved in the Hunter Biden email issue” and concluded with the message: “It is high time that Russia stops interfering in our democracy.”

Naturally, Wise has no regrets, though. In fact, he’s still blaming those on the right for not understanding the “context.”

Despite the letter’s black-and-white statements, Wise — now retired from government service and listed on his LinkedIn page as the sole proprietor of New Mexico-based Southwest National Security Consultants LLC — insists that its critics, “whether they‘re members of the conservative journalist community, conservative politicians or just ultra-right wing extremists, they haven’t paid attention to the content.”

“I don’t regret signing it because the context is important,” he added. “Remember [former Mayor and Trump lawyer Rudy] Giuliani had just been in Ukraine trying to dig up evidence on the Bidens and he met with a known Russian intelligence official” — an apparent reference to pro-Moscow Ukrainian politician Andriy Derkach.

The arrogance is what sticks out the most. Even as he admits he misled the public with no evidentiary basis at all for his assertions, Wise is still insisting that those who told the truth were in the wrong. These are the kinds of sociopathic partisans that inhabit the intelligence community (and every government bureaucracy). Is it any wonder that conservatives have lost faith in our institutions?