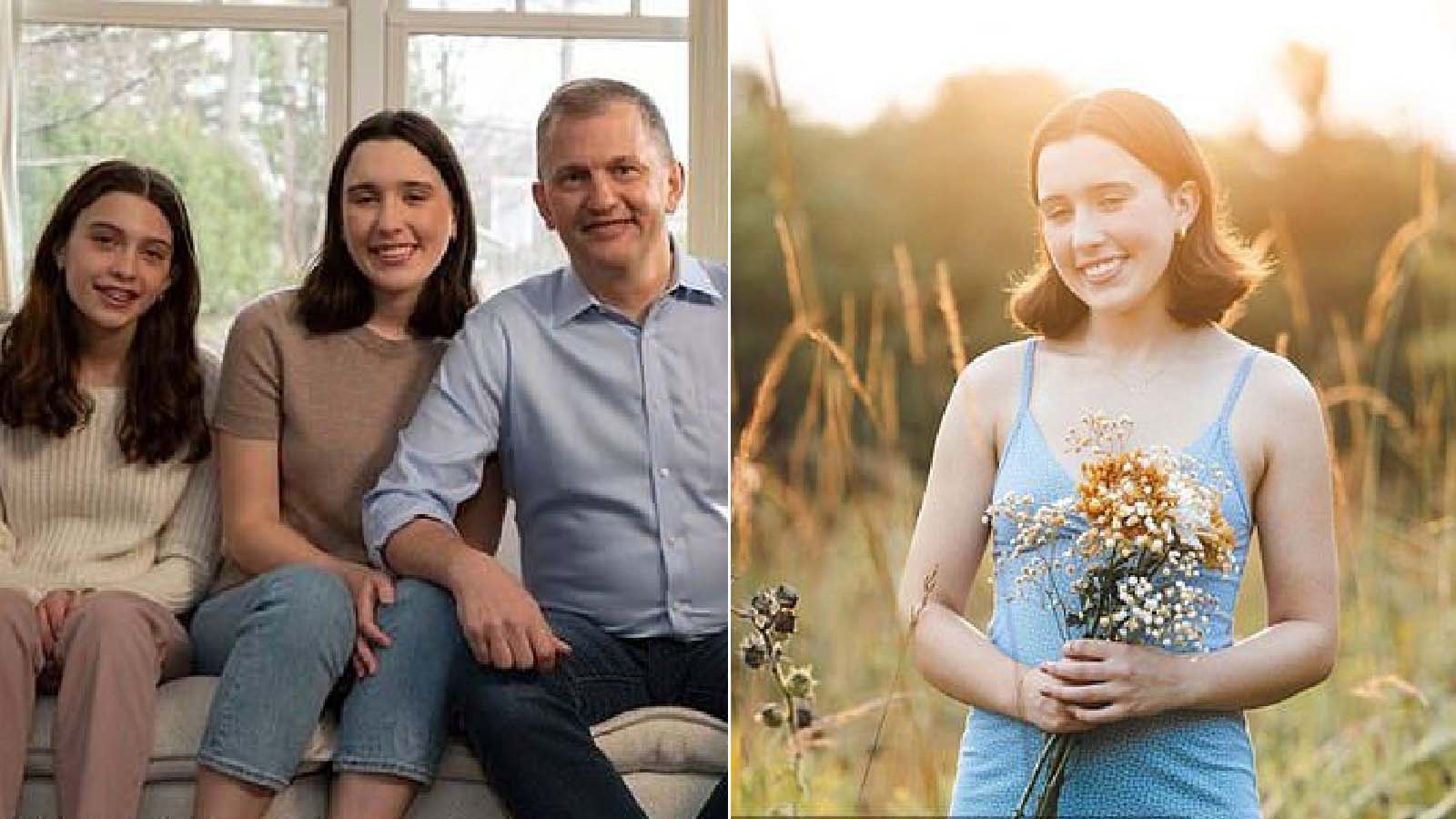 Illinois Representative Sean Castin says he doesn’t know how his 17 year-old daughter Gwen died over the weekend, besides the fact she passed away ‘peacefully’ after going to bed.

Castin, a Democrat who represents congressional District 6, shared a statement Wednesday, but offered no further details on how Gwen died.

He wrote: ‘On Sunday night, we had dinner as a family and then she went out with some friends for a few hours.

‘When she got home, she said goodnight to (wife) Karta and I, texted a friend to make sure sure she got home OK, and didn’t wake up on Monday morning.

‘The only thing we know about her death is that it was peaceful. And the only lesson we can take from that is to savor the moments you have with your loved ones.’

Gwen had only recently graduated from high school, and had been due to begin studying environmental science at the University of Vermont.

Castin highlighted his daughter’s activism, her trumpet skills, and her purpose to fight for causes such as gun control, LGBTQ allyship and Black Lives Matter.

Details about Gwen’s death remain scarce, but after Casten’s office announced her passing on Monday, several of her high school clubs have posted tributes to the teenager who was following in her father’s footsteps by fighting for social causes that she was passionate about, such as gun control.

The Downers Grove North Empowerment Club, which Gwen founded, for example, posted a photo of her in a blue, floral dress holding a bouquet of flowers, writing: ‘There are no words that can begin to describe the loss we are feeling.

‘Gwen, founder and leader of [the] Empowerment Club, was cherished by all,’ club members wrote. ‘Her hard work, determination and beautiful personality were inspirations to everybody.

‘She was so loved, and her incredible impact will live forever within our community,’ they added. ‘Thank you Gwen, for everything you have done to influence our lives and fill them with love and positivity.

‘You were truly a force to be reckoned with,’ they concluded. ‘We will miss you.’

The school’s Asian American-Pacific Islander Student Union also said it was ‘heartbroken over the loss,’ going on to describe the ‘key role’s he played in ‘bringing about positive change,’ according to PEOPLE.

‘Gwen was a leader and a friend,’ the club said in a statement. ‘She was a highly accomplished student at North, being involved in various activities from Changemakers, band, [National Honor Society], math team and tennis, all while being on the high honor roll.

‘Gwen and her father @RepSeanCasten recognized the importance of protecting the environment and the dangers that arose if we kept polluting our planet,’ they wrote, adding that she was ‘always there to help anyone in need and give a listening ear.’

The club described her as an ally ‘who did whatever she could to support and amplify [People of Color’s] voices.

‘Carrying on her legacy means standing up for what you believe in and going above and beyond to make the world a better place,’ the club wrote. ‘Rest in peace, Gwen.’

Casten and his wife Kara have two daughters together; Gwen, 17, and Audrey, 14.