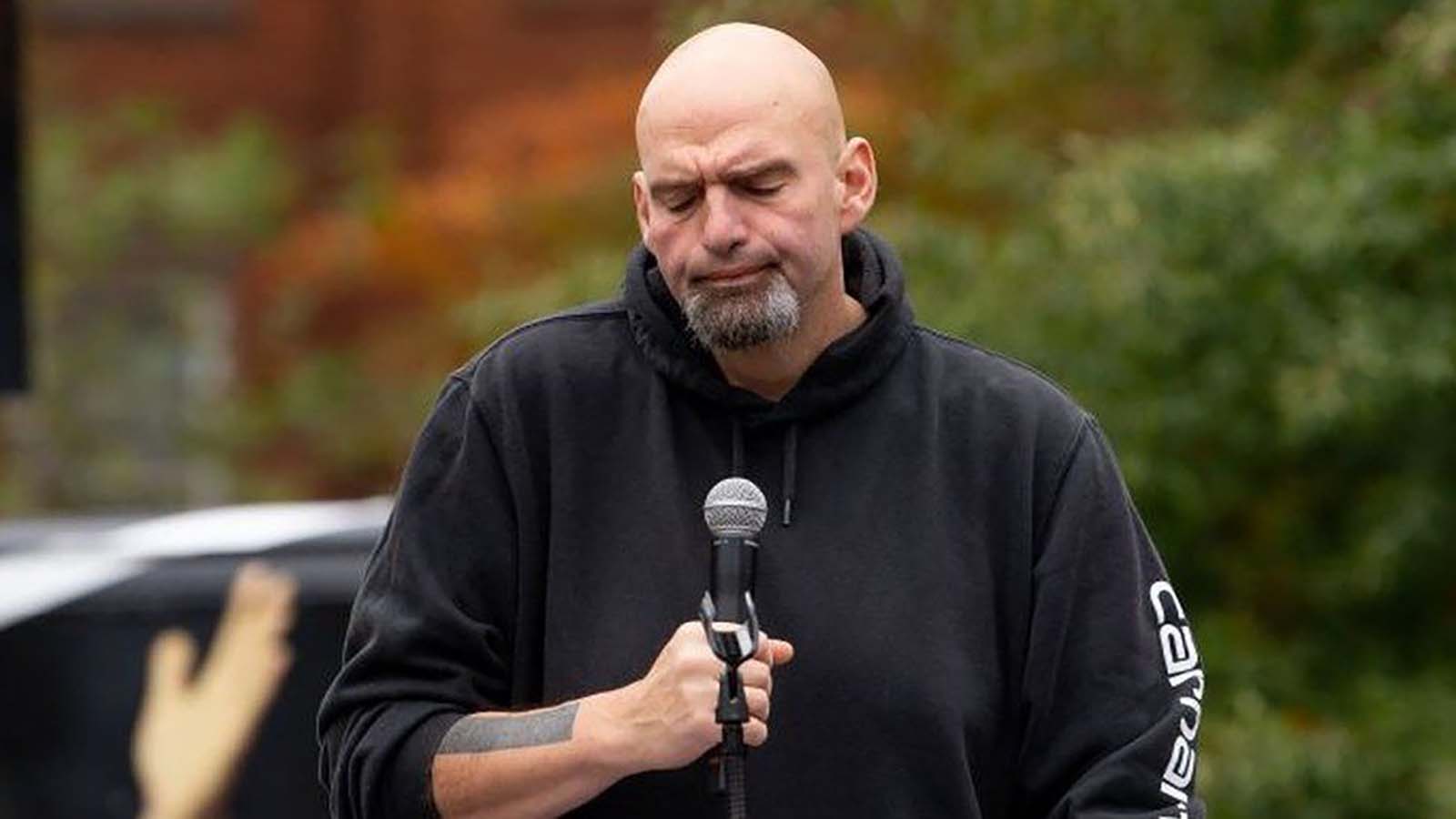 The fall-out from John Fetterman’s historically terrible debate performance continued on Wednesday as both sides of the political aisle settled on their messaging strategy. Democrats decided that sticking their fingers in their ears and pretending Fetterman actually did great was the path forward. How shameless the defenses were depended on who was making them.

MSNBC’s coverage claimed that Fetterman simply showing up was an act of transparency and courage, suggesting his cognitive disabilities were turned into an “asset.” Meanwhile, the Fetterman campaign blamed the closed captioning system while asserting that the Democrat had actually bested Mehmet Oz.

Meanwhile, the rest of us who live in reality saw exactly what we saw. Apparently, CNN medical analyst Jonathan Reiner did as well. He took to the airwaves to deliver a sobering analysis of just how bad off Fetterman is. 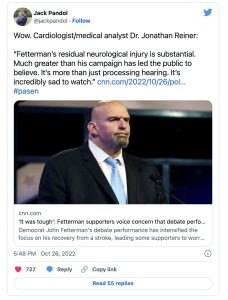 Dr. Jonathan Reiner, a CNN medical analyst and interventional cardiologist who has treated several high-profile politicians, said the debate was “difficult to watch.”

“Fetterman’s residual neurological injury is substantial,” Reiner said. “Much greater than his campaign has led the public to believe. It’s more than just processing hearing. It’s incredibly sad to watch.”

Reiner says exactly what I and many others have been saying for months. The idea that Fetterman is just “hard of hearing” or that his only issue is processing what he hears is so obviously false that it’s become laughable. The Democrat candidate can hear just fine, and the presence of closed captioning does not suddenly fix his issues (as some journalists have claimed). What he can’t do is process things mentally, including things he wants to share out of his own mouth.

He doesn’t just use the wrong words, he gets confused about what the words he’s saying actually mean. That’s how he managed to mix up “yes” and “no” during his now infamous interview with MSNBC’s Dasha Burns.

Another thing Reiner said that’s important is that it’s clear that Fetterman and his handlers have been lying about his condition. Since his stroke, their campaign’s strategy has been to release heavily edited clips while subsisting on an online personality that doesn’t actually exist. The debate laid everything bare, and it was extremely uncomfortable to watch.

Of course, those who support Fetterman are freaking out over Reiner daring “diagnose” someone he hasn’t personally examined. Never mind that those same people loved it when psychologists diagnosed Donald Trump as 25th Amendment worthy for four straight years. Only now is the rule that no doctor must ever offer any opinion on anyone without physically being in the room with them.

That’s not how things work, though. Fetterman’s cognitive and neurological deficiencies are plainly seen by anyone who observes him. You don’t need to be in the room with him, and you don’t even need to be a doctor.