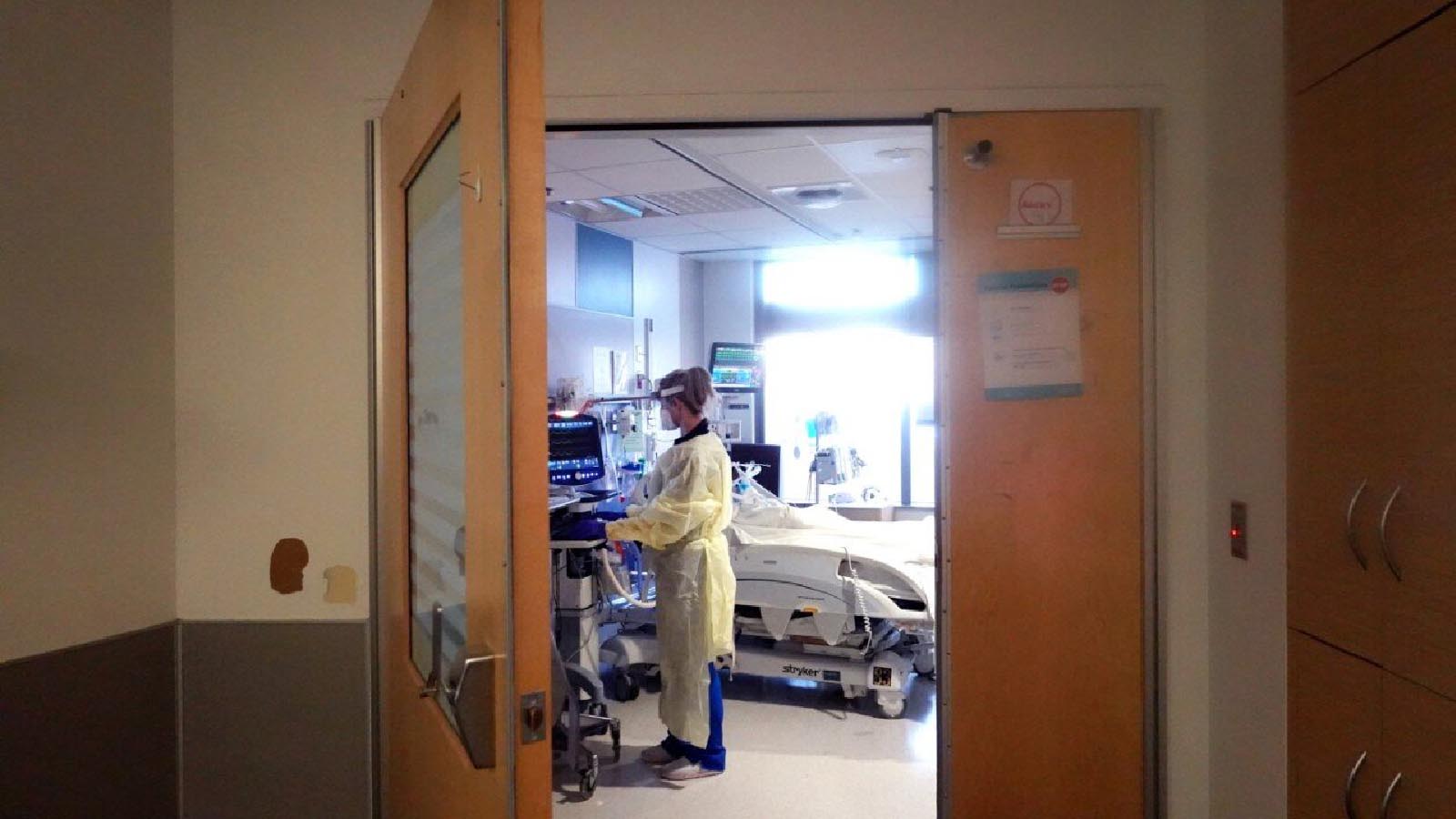 Awebsite that publishes non-peer-reviewed research removed a paper that found people not vaccinated against COVID-19 had a lower self-reported hospitalization rate than the CDC’s overall COVID hospitalization rate during the Omicron wave, claiming the study violated terms of service.

The U.K., German, South African and American researchers said the survey suggests there is “no adequate basis” to believe unvaccinated populations “have represented a disproportionate burden on health systems,” as U.S. officials including President Biden have insisted.

While they emphasized they were simply reviewing “self-reported data among self-selected individuals from around the world” who are participating in the year-old U.K.-based Control Group Cooperative (CGC), not independently confirming their health outcomes, that wasn’t enough for website ResearchGate.

It gave corresponding author Robert Verkerk, founder of the Alliance for Natural Health International (ANHI), a laundry list of website terms the paper could have conceivably violated.

The so-called preprint server prohibits “broad, vague, irrelevant, untargeted, off-topic, or non-scientific content” as well as “potentially harmful or potentially dangerous content,” and reserves the right to remove content that “may expose us to harm” or “potential legal liability,” according to correspondence Verkerk showed Just the News.

Verkerk responded that the researchers specified the limitations of the research, based on the 6.2% of nearly 300,000 participants who completed monthly surveys for five consecutive months. He also noted their independence from the CGC, which designed the survey and collected the data.

“I do understand you must have been under considerable pressure to remove the report once the findings were discussed by the mainstream media,” he wrote to ResearchGate. “It’s yet another sad day for efforts to prevent open scientific discourse.”

Microsoft-owned MSN.com published and then removed a neutral report on the paper from Medical Daily, and Robert F. Kennedy Jr.’s Children’s Health Defense also publicized it. Neither ResearchGate nor Microsoft responded to queries from Just the News.

The Daily Mail ran a highly critical report dismissing the researchers as unqualified and the survey design as shoddy, though mainstream media often publish claims from self-reported surveys, notably the frequency of campus sexual assault.

It’s far from the first COVID-related paper, preprint or peer-reviewed, to be deplatformed or restricted after drawing wide attention.

The Journal of the American Medical Association’s JAMA Pediatrics retracted a study that found dangerously high levels of inhaled carbon dioxide in German masked schoolchildren. Twitter slapped an “unsafe” label on a peer-reviewed CDC study that found plunging Pfizer vaccine efficacy in adolescents, even though other recent research has found that COVID vaccines offer a mixed bag.

Publishing in the New England Journal of Medicine last week, Qatar researchers found Pfizer’s vaccine in people without prior infection provided marginally negative efficacy against symptomatic infection by Omicron sublineage BA.2, while a booster improved protection to 52%. Those with prior infection alone had 46% protection, which rose to 55% and 77% when they received a two-dose vaccine and then booster.

By contrast, after the CDC justified its mask guidance with a vaccine study that failed peer review, the preprint server Research Square first changed its status to “posted” — suggesting the study passed peer review — and then “revise” after an outcry. Nature published it several months later.

“It seems there is a different course of action when science that does not support the mainstream narrative is heard outside the echo chamber of those who’ve exercised their right to refuse COVID-19 ‘vaccines,'” Verkerk wrote Friday for ANHI, which noted another preprint server, Authorea, had since published the paper.

He told Just the News that a peer-reviewed journal had invited him to submit the paper, but declined to name it.

Verkerk’s paper made other claims that might have troubled ResearchGate, including that survey participants who said they never wore masks reported the lowest infection rates.

Other research has looked for a possible relationship between COVID vaccines and menstrual problems. The Gazette of Medical Sciences published a study seeking to explain the “unprecedented rise in decidual cast shedding (DCS) that occurred in 2021.”

Also based on self-reported survey responses, the researchers — three associated with Children’s Health Defense — found about 5% of women in the sample reported experiencing DCS, in contrast to fewer than 40 cases documented in the medical literature over the previous century.

Those women had a mean age of 36 and 96% reported the irregularities started in 2021, when COVID vaccines became available. Google Trends data show a 2,000% increase in DCS-related searches between the first and second quarters of the year.

Another new peer-reviewed study finds temporary reproductive problems for vaccinated men. Published in Andrology last week, the Israeli study found a 15% reduction in “sperm concentration,” and 22% reduction in “total motile coun,” among sperm donors 75-120 days after Pfizer vaccination. They had “overall recovery” at 150 days and beyond.