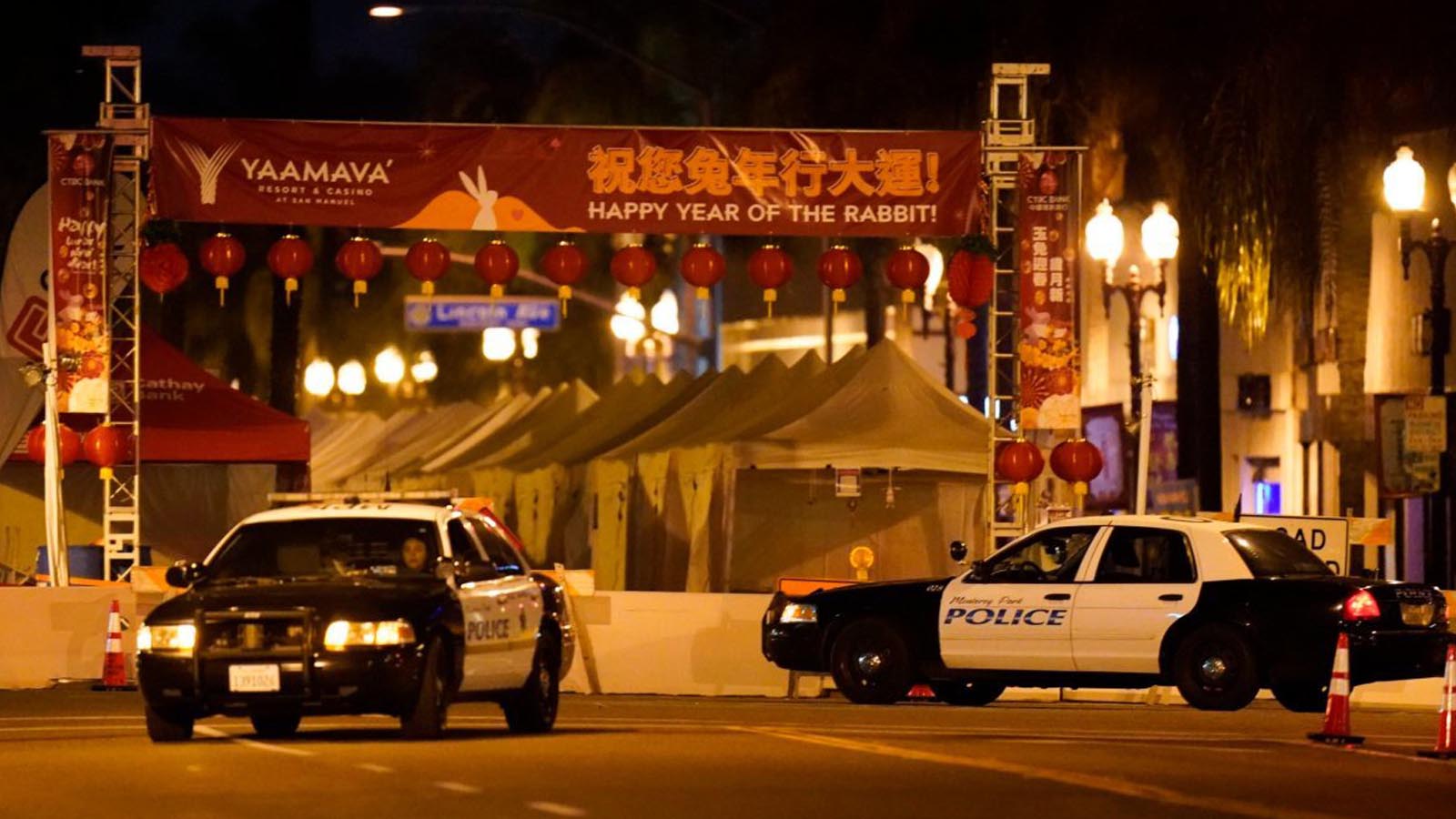 Law enforcement on Sunday described the gunman wanted for killing 10 people and wounding at least 10 more at a dance club following a Lunar New Year celebration as a man of Asian descent as they continued their frantic search for the suspect.

The motive behind the “heinous” crime at the Star Dance Studio in the Asian-American enclave of Monterey Park Saturday night was still unknown, but investigators were probing whether the massacre was driven by hate.

Five men and five women were slain during the rampage at the ballroom dance club, about eight miles outside downtown Los Angeles, according to police. Ten others were wounded and being treated at local hospitals — their conditions ranging from stable to critical, officials said.

The “assumption” is that the victims were “probably” of Asian descent, Los Angeles County Sheriff Robert Luna said at a press briefing. The victims had not yet been identified and it was not immediately clear how old they were, Luna said.

A manhunt was underway for the unidentified suspect, who police described only as an Asian man between the age of 30 to 50.

“There is a male suspect that fled the scene, has been described as a male Asian,” Luna said.

“It’s taken us a while and please be patient with us because as we are interviewing witnesses and victims we’ve gotten different descriptions of one suspect.”

Police were also looking into if he was the same man who walked into a “rival” dancehall in nearby Alhambra with a firearm about 20 minutes after the mass murder.

The suspect was disarmed by people at the Lai Lai Ballroom, according to police, and no shots were fired at that location, which is about three miles away from Star Dance Studio.

It was unclear what type of caliber weapon was used in the Monterey Park attack. The would-be shooter in Alhambra was not armed with an assault rifle and possibly fled the scene in a white cargo van, Luna said.

The mass murder was the deadliest in the US since the massacre at a Uvalde, Texas elementary school that killed 21 people last May, and was the fifth such horrifying incident in the country thus far in 2023.

Police first received a 911 call at 10:22 p.m., a little more than an hour after a Lunar New Year festival that attracted up to 100,000 people had wrapped up a short distance away from the dancehall.

“I had dozens of officers here throughout the day and the evening at the Lunar New Year event, so our response to the scene was within minutes,” he said.

The responding officers saw dozens of people streaming out of the dance club, some of them injured, Wiese said.

“My officers put together a react team and went inside to see if the suspect was still inside,” he said.

“They were probably entering that business within a minute or two of responding, and that’s how we’ve been trained, and that’s how we respond,” said Wiese, as he offered a sharp contrast to the 77 minutes that officers waited to respond to the Uvalde, Texas school shooting.

The second day of the annual celebration — slated for Sunday — had been canceled as police interviewed dozens of witnesses and scoured video footage as they hunted the elusive killer.

Even as the mass murderer remained at large, officials did not impose a shelter in place order on the San Gabriel Valley city of about 60,000 and stressed that the community was “safe right now.”

“Our thoughts prayers and condolences go out right now, not only to the victims, their families, uh but this Monterey Park community,” Luna said.

“We’re using every resource to apprehend this suspect in what we believe to be one of the county’s most heinous cases,” he added, while saying state and federal authorities were also assisting with the probe.

Wiese cautioned that it was a “large investigation that will go on for many days and perhaps many months,” and Rep. Judy Chu said President Biden had been “appraised” of the “horrific shooting.”

“This could have been so much worse, only hours earlier there were thousands there,” the Democrat said.

“What I know about the people here is that we will get through this together,” she added of the “resilient” community.

In a statement, Los Angeles Mayor Karen Bass added: “Families deserve to celebrate the holidays in peace — mass shootings and gun violence are a plague on our communities.

“As investigations determine whether these murders were motivated by Asian hate, we continue to stand united against all attempts to divide us,” Bass said. “My heart goes out to Monterey Park and the families and friends of those lost.”

In a statement, Lai Lai Ballroom said it would remain closed Sunday as investigators combed through the crime scene at Star Dance Studio.

“In observance of the tragedy at Star Dance last night, Lai Lai Ballroom will be closed today. Tea and night dances are suspended until further notice,” the statement read.

“Lai Lai will reopen Monday for lessons only. As an extra precaution, All students and teachers are subject to search prior to entering the studio. Our prayers go out to all the victims families.”

It was not immediately clear what type of event Star Dance Studio had been hosting as revelers-turned-victims brought in the Year of the Rabbit.

Monica Orca, a former assistant at the studio, said Saturdays are usually reserved for Chinese social dancing where local members of the community can practice the ballroom moves they’ve learned from professional instructors.

“Usually on Saturdays around that time, it’s reserved for social dancing attended mostly by people of Chinese descent, mostly they are 50 years and over,” Orca told The Post on Sunday. “This is where people come to study from professional dancers. Even in the ballroom community, I’ve never seen any violence at all. Not even one fight. Nothing. This is really weird and shocking. We go to ballroom for stress relief. But if these shootings could happen in schools and now ballroom, it can happen anywhere.”

Orca said she spoke to the owner of Star Dance Studio, who was left shaken.

“I Imagine this is something that’s shocking for her,” she told The Post, adding that the owner was not injured.

The Star Ballroom hosts various showcases and has a diverse clientele even though it’s in a predominantly Asian community, Orca said, describing the studio as “a special place.”

Another ballroom instructor who rented the Star Dance space for specific nights to teach ballroom dancing said the space has hosted the Chinese social club on Saturdays for more than a decade, but Saturday night was probably a special event because of the holiday.

“That event has been going on for more than 10 years and it’s one of the more popular places on a Saturday night in that area,” said the man, who asked to remain anonymous.

“These two studios have been there for decades and they always compared and competed with each other,” the instructor said.

He added: “I have students from Singapore who have been texting me and asking if we are OK.”

“It’s really shocking because ballroom, it’s a small community,” the instructor said. “Ballroom is about exercising and having fun. Most of the people who go there are seniors. I’ve been to a lot of countries teaching ballroom but never had something like this happen.”