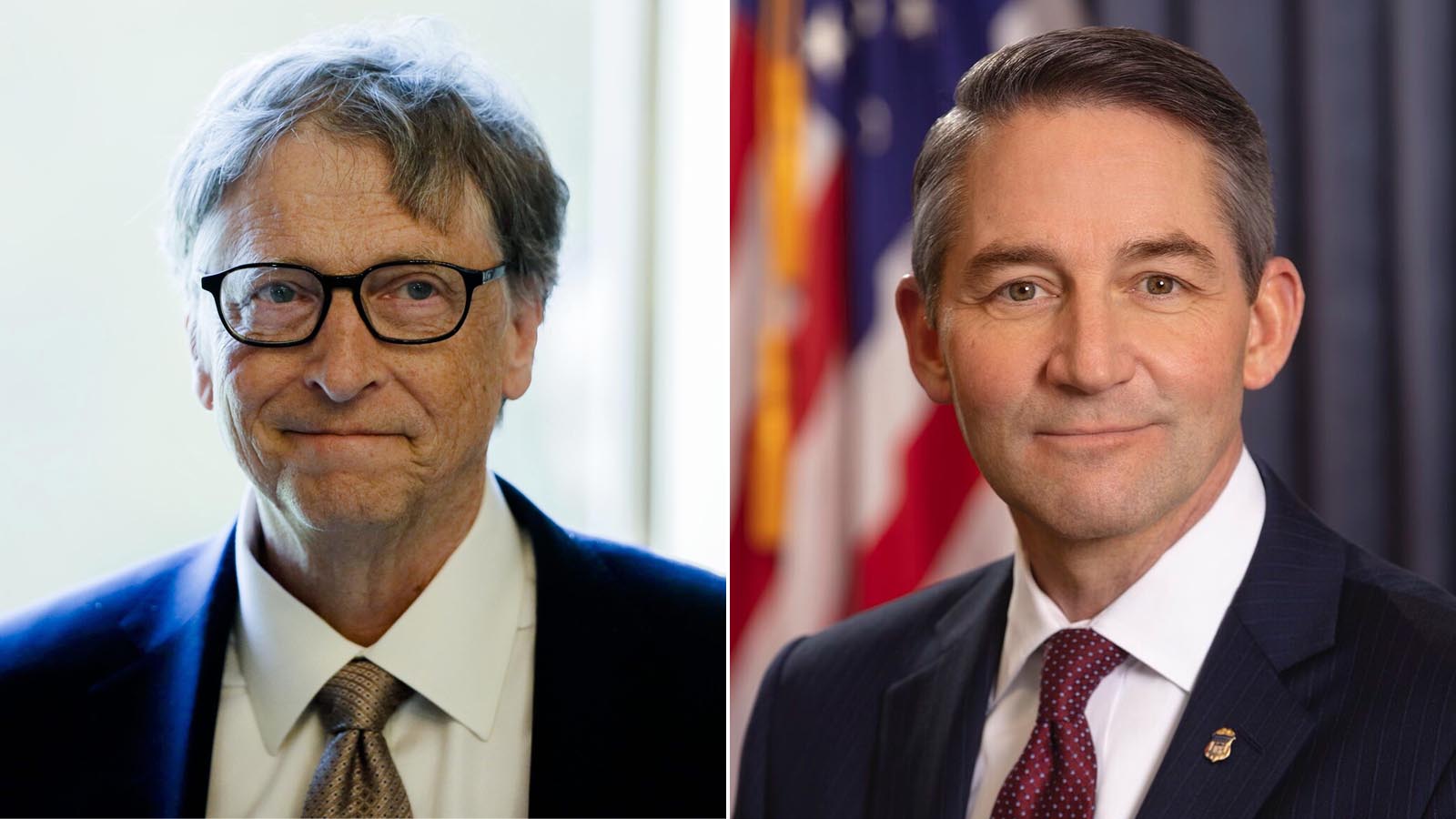 Bill Gates has secured legal approval for the controversial purchase of thousands of acres of prime North Dakota farmland, after the deal drew fury from the state’s residents.

The state’s Republican Attorney General Drew Wrigley had inquired into the land sale, and on Wednesday issued a letter saying the transaction complied with an archaic anti-corporate farming law.

The Depression-era law prohibits corporations or limited liability companies from owning farmland or ranchland, but allows individual trusts to own the land if it is leased to farmers, which Gates intends to do.

Gates is the largest private owner of farmland in America after quietly amassing some 270,000 acres across dozens of states, according to last year’s edition of the Land Report 100, an annual survey of the nation’s largest landowners.

However, the billionaire’s holdings make up only about one percent of the nearly 900 million total farm acres in the U.S.

The purchase of the land in North Dakota had raised legal questions as well as concerns that ultrarich landowners do not share the state’s values.

About 2100 acres of land were sold in the deal, AgWeek reported.

In a curious move, the Campbell family in February filed a partnership name certificate with the North Dakota secretary of state naming their farming operation the Red River Trust – the same name as Gates’ firm.

But an attorney for Gates’ firm wrote to the attorney general´s office that the Campbells registered the name without his knowledge.

North Dakota’s Agriculture Commissioner, Republican Doug Goehring, previously said that many people feel they are being exploited by the ultra-rich who buy land but do not necessarily share the state’s values.

‘I’ve gotten a big earful on this from clear across the state, it’s not even from that neighborhood,’ Goehring told KFYR-TV. ‘Those people are upset, but there are others that are just livid about this.’

Corporations are exempted from the ownership ban if the land is necessary ‘for residential or commercial development; the siting of buildings, plants, facilities, industrial parks, or similar business or industrial purposes of the corporation or limited liability company; or for uses supportive of or ancillary to adjacent non agricultural land for the benefit of both land parcels,’ the law reads.

It’s not the first test for a statute that was passed in 1932.

A federal judge in 2018 ruled the law constitutional after a conservative farm group argued that it limits business options for producers and interferes with interstate commerce by barring out-of-state corporations from being involved in North Dakota’s farm industry. 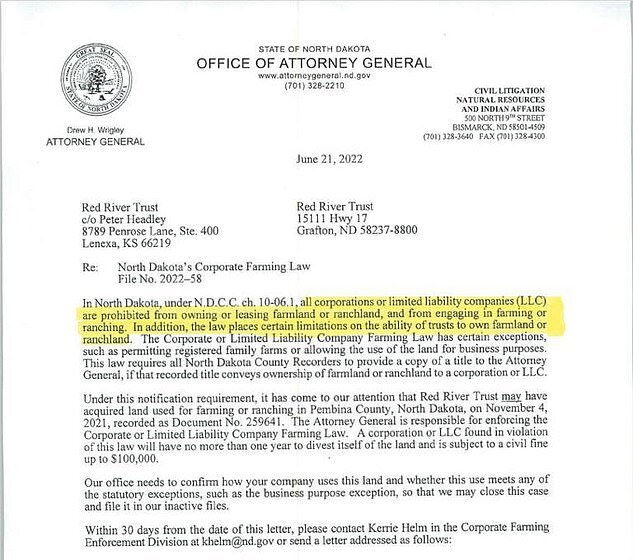 The Republican governor stayed down the middle when asked his opinion of the anti-corporate farming law, which he and the Legislature expanded in 2019 to allow second cousins in the mix of ownership.

‘The governor strongly supports family farms and is open to discussions about cutting red tape that puts North Dakota farmers at a disadvantage compared with neighboring states and ensuring that our ranchers and farmers can succeed and grow their operations, helping rural communities to thrive,’ Burgum spokesman Mike Nowatzki said.

But even then, Gates didn’t rank in the Top 100 of private landowners overall in the U.S. – when considering owners of land of all types, not just agricultural.

Gates also reportedly shopped for ‘hundreds of acres of farmland’ in Turkey while vacationing aboard a superyacht last November.

He allegedly wanted to create a large sustainable farm in country. It is unclear if he ended up purchasing the land.