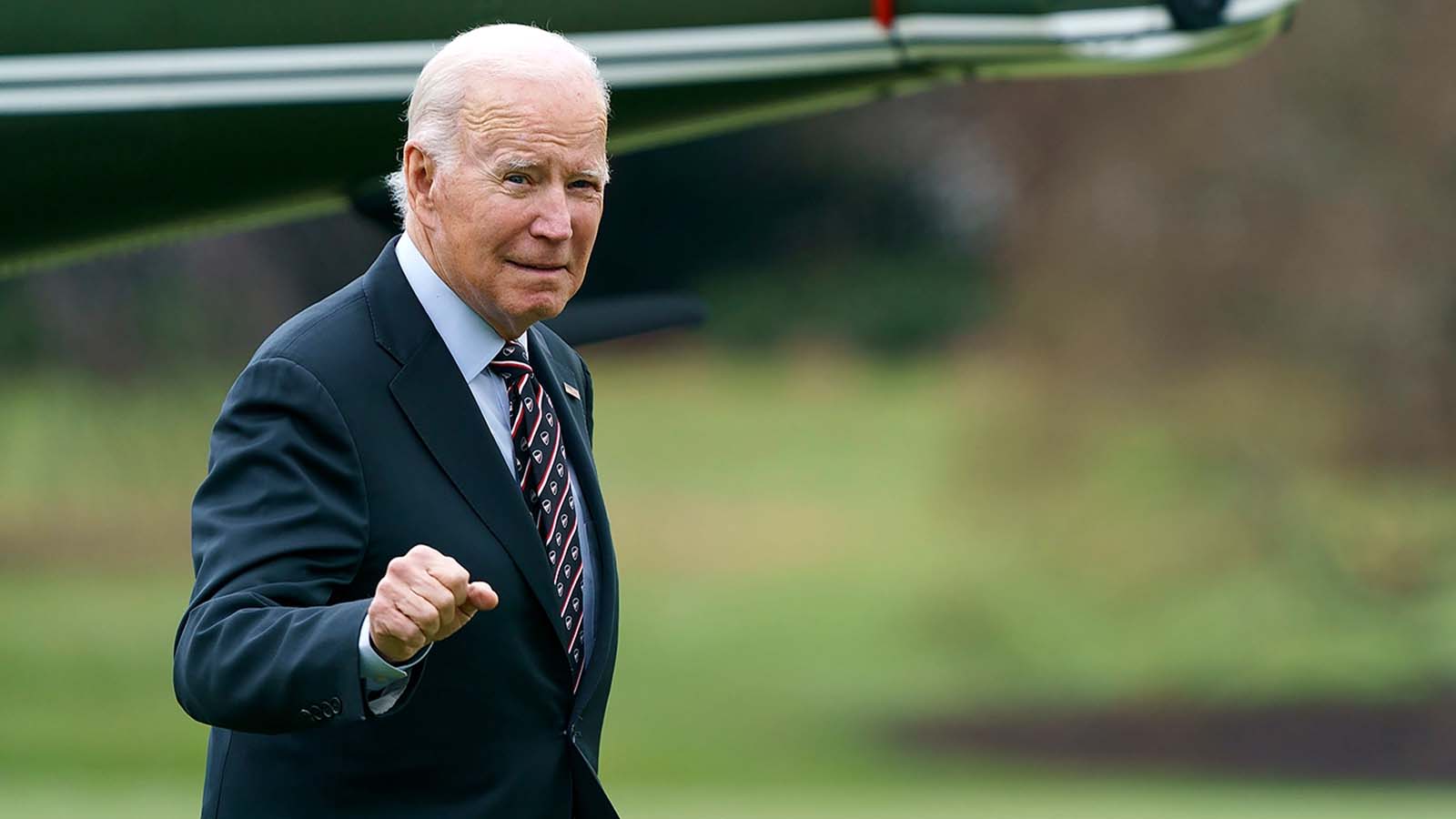 A new book is dishing on Joe Biden’s first year in the White House, and there are some interesting stories being told.

According to author Chris Whipple, the president has a penchant for losing his cool and dropping four-letter words in relation to the border crisis, a situation that is more relevant now than ever. For context, October saw a new record of illegal crossings, and 22 days into December as of this writing, the administration hasn’t even bothered to release November’s numbers. I think we can all ascertain what that means.

Here’s how Whipple described Biden’s lack of composure via sources inside the White House.

“Meanwhile, illegal immigrants kept arriving. And Biden was furious,” the book says. “Aides had rarely seen him so angry. From all over the West Wing, you could hear the president cursing, dropping f-bombs (he’d always apologize when women were present).”

One senior adviser told Whipple that the frustration came from a “lack of solutions.”

“It’s like, ‘How would you feel if you were me and these were the solutions you had?’ It’s the weight of the presidency, right?’” the adviser said.

You know, for supposedly being such a nice, classy guy who honors decorum, Biden sure likes to launch into angry, profanity-laced tirades a lot. This isn’t his first brush with the word that shall not be said. Not by a long shot. And while an inability to control one’s emotions, including sudden outbursts, is a symptom of dementia, I suspect the explanation for Biden’s meltdowns is simpler. Namely, he’s just an intellectually vapid man who is well in over his head.

I especially love the adviser describing Biden’s mental state as “how would you feel if you were me and these were the solutions you had,” as if fixing the border is some grand mystery with no good options. The president, right now as I type this, has the tools and legal authority to help stem the tide at the border. Instead, his administration has fought to end Title 42, Remain in Mexico, and other policies which served as a deterrent for the human smuggling going on at the Southern Border.

Further, Biden could push for increased funding for border security and administrative help to more quickly process those claiming asylum, most of which are doing so without legal cause. He could increase the number of Border Patrol and ICE agents. As the leader of his party, he could demand an end to open-border policies, and he’d no doubt receive it with bipartisan support.

But he hasn’t done any of that, and everything he has done has been counter-productive. So the idea that he was served up a plate with nothing but bad solutions is farcical. That makes his profane outbursts all the more pathetic. This is a man who couldn’t lead his way out of a wet paper bag. He’s too cowardly to do anything but maintain the status quo of the Democratic Party, and because of that, the Southern Border is now facing its biggest crisis since the founding of the country.

And let me just say this regarding Biden’s crying about the “weight of the presidency.” If he couldn’t handle the job, and he obviously can’t, he shouldn’t have run. The entire justification for his campaign was that he was going to “heal the soul of the nation.” That kind of sacrilegious gobbledygook should have been a red flag for everyone. He never had a plan for being president. He just figured he’d walk in and everything would be given to him. That hasn’t happened, and a lot of people are dead or suffering because of it.

If Biden were capable of feeling shame, he would be humbled by the results of his failed policies. But since he doesn’t know the meaning of the term, we get continual doubling down in ways that are only making the situation at the Southern Border and in other corners of American governance worse. Maybe Biden should worry less about dropping “f-bombs” and more about actually doing his job well. Is that really so much to ask from the President of the United States?