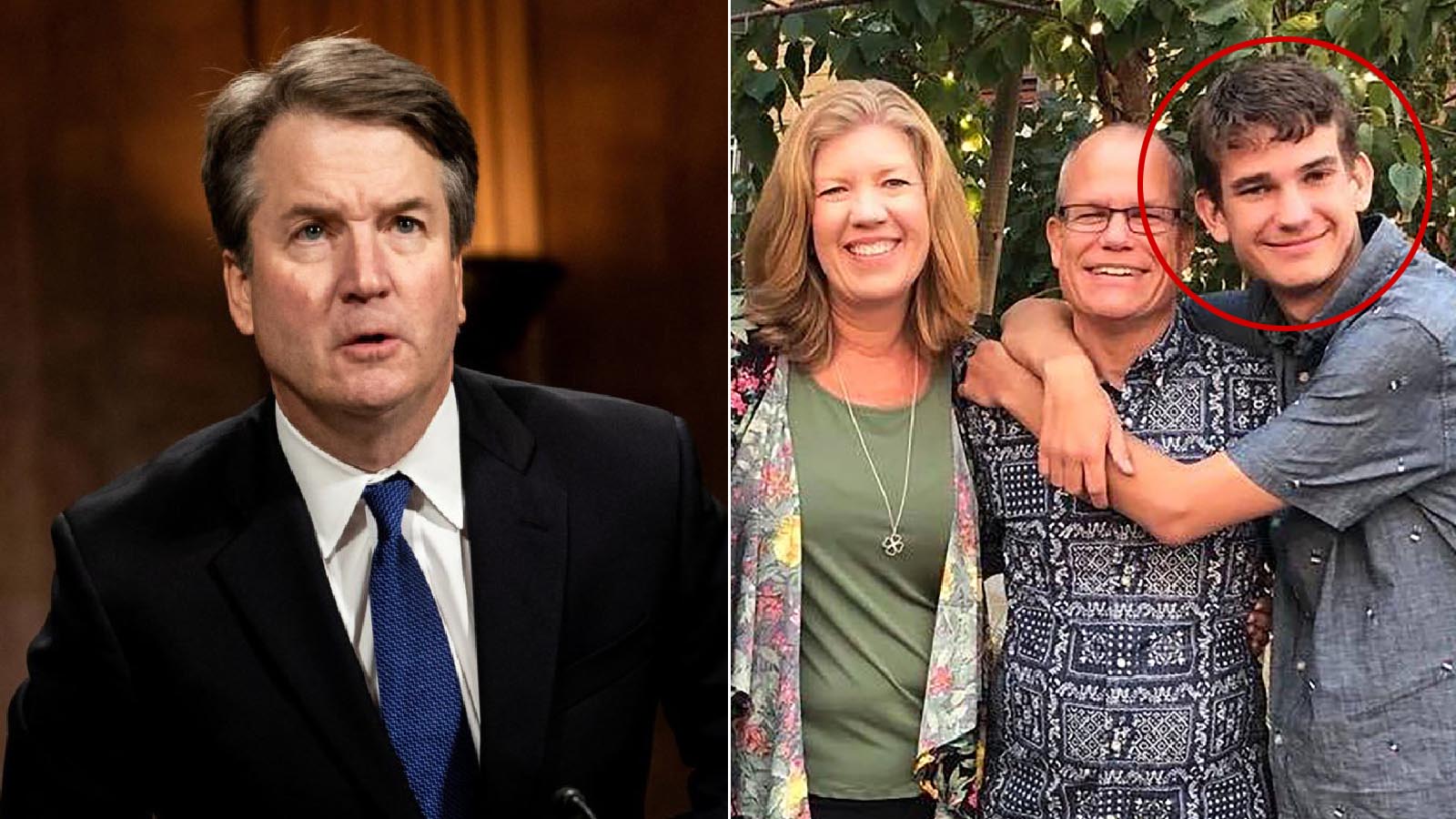 An armed California man incensed about the leaked Supreme Court draft opinion expected to overturn Roe v. Wade was arrested near Justice Brett Kavanaugh’s Maryland home Wednesday after he hatched a plan to kill the jurist to “give his life purpose,” prosecutors said.

Nicholas John Roske, 26, was arrested by the Montgomery County Police Department at about 1:50 a.m. near Kavanaugh’s home in Chevy Chase and was charged later Wednesday in Maryland federal court with attempting to kill or kidnap a US judge, court records show.

Roske, who was dressed in black clothing and carrying a backpack and a suitcase, was spotted getting out of a cab in front of Kavanaugh’s home around 1:05 a.m. by two deputy US Marshals, who were stationed outside the residence, court papers state.

When he saw the marshals, who were standing next to their parked vehicle in the tony Washington, DC, suburb, he walked down the block and called 911 and told an operator he was having “suicidal thoughts,” had a firearm on him and wanted to kill Kavanaugh.

Cops from the Montgomery Police Department were dispatched to the area and when they arrived, Roske was still on the phone with the emergency operator, according to court records.

He was taken into custody and when investigators searched his suitcase and backpack, they found a small arsenal, including a tactical police vest, a tactical knife, pepper spray, zip ties, a Glock 17 pistol and two magazines and ammunition.

They also found a host of burglary tools, including a hammer, a screwdriver, a nail punch, a crow bar, a pistol light, duct tape and a pair of hiking boots with padding on the outside of the soles, among other items, prosecutors said.

During an interview with an FBI agent, Roske allegedly said he was upset about the leaked Supreme Court draft opinion expected to overturn Roe v. Wade and the school shooting in Uvalde, Texas, that killed 19 kids and two teachers.

He believed Kavanaugh would loosen gun control laws and hatched a plan to kill the justice after finding his address online in an ill-fated bid to “give his life a purpose,” Roske allegedly told the agent.

He bought the Glock and the other items “for the purpose of breaking into the Justice’s residence and killing the Justice as well as himself,” prosecutors said.

During his initial appearance in federal court in Greenbelt, Roske hesitated as he responded to a series of routine questions posed by US Magistrate Judge Timothy J. Sullivan.

When Sullivan asked if Roske understood what was happening and if he was thinking clearly, Roske waited a beat before answering.

“I think I have a reasonable understanding, but I wouldn’t say I’m thinking clearly,” he said to the judge.

He told the justice he is a college graduate and is on medication but didn’t elaborate on what kind or why. He consented to remaining in federal custody for the time being.

Roske was assigned a federal public defender, Andrew Szekely, who declined to comment at the end of the 10-minute hearing. Relatives for Roske didn’t return requests for comment.

In a statement, White House spokesperson Andrew Bates said President Biden “condemns the actions of this individual in the strongest terms” and that he’s grateful to law enforcement for quickly apprehending the suspect.

“As the President has consistently made clear, public officials—including judges—must be able to do their jobs without concern for their personal safety or that of their families,” Bates said in the statement.

Biden left the White House Wednesday morning without taking questions from reporters but later spoke at Joint Base Andrews before flying to Los Angeles. He did not address the incident.

In May, Politico reported that the Supreme Court had drafted an opinion to overturn Roe v. Wade, the landmark 1973 decision that legalized abortion nationwide.

Kavanaugh, who was nominated to the high court by President Donald Trump, had joined with Justice Samuel Alito in voting to strike down Roe, according to the opinion.

The opinion could be publicly released by the end of June, when the Supreme Court’s session is scheduled to end.

Protests formed across the country in the days after the draft was leaked, including in New York and Washington, DC — and outside the homes of some Supreme Court justices.

A sizable crowd of pro-choice demonstrators also gathered outside the Supreme Court building the day after the opinion leaked — and were met by counter-demonstrators who support the decision being overturned.

According to one video of the demonstration, an anti-abortion protester yelled at the pro-choice crowd to “shut the f–k up,” telling them, “I want to hear you say you’re okay with killing babies.”

The Department of Justice said the US Marshals Service would be “providing additional support to the Marshal of the Supreme Court and Supreme Court Police” to ensure the safety of justices.

At the time, the White House avoided officially condemning the demonstrations, only reiterating the administration’s support for peaceful protest.

“The president’s longstanding view has been that violent threats and intimidation of any kind have no place in political discourse. And we believe of course in peaceful protests,” then-press secretary Jen Psaki had told reporters.

“So I know that there’s an outrage right now, I guess, about protests that have been peaceful to date,” she later added. “And we certainly continue to encourage that outside of judges’ homes and that’s the president’s position.”

The White House also steered clear of criticizing the leak of the draft opinion, despite blasting similar moves before.

“There has been a call for an investigation by leadership of the Supreme Court. Decisions on that and how they will be pursued will be made by the Department of Justice and others. And that’s certainly their space and right to make that decision,” Psaki told Fox News’s Peter Doocy during a daily press briefing.