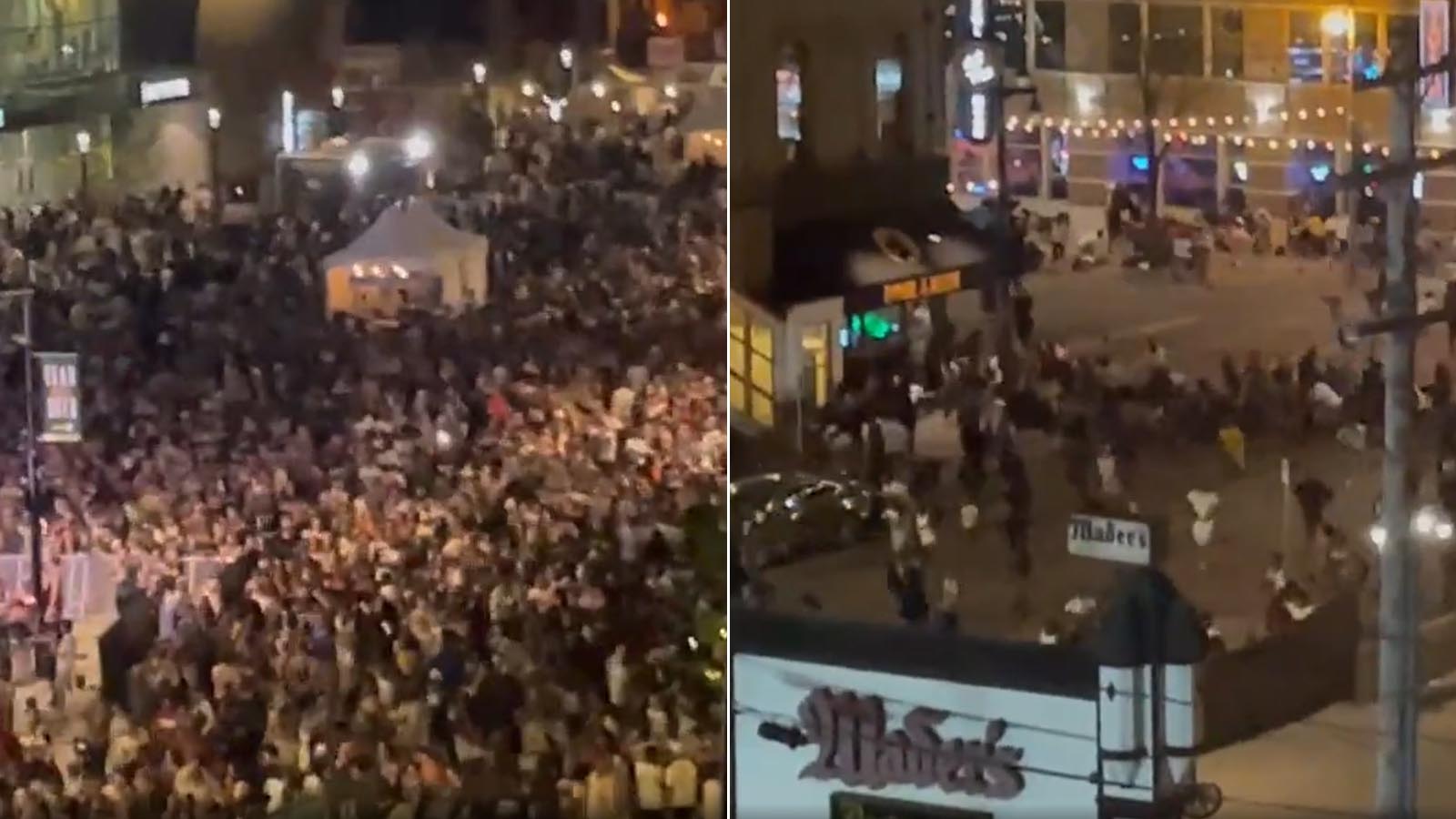 Ten people have been taken into custody after 17 were shot in Milwaukee Friday evening near the Bucks-Celtics basketball game, police said Saturday.

Nine firearms were recovered from the scene, after dozens were seen fleeing, Milwaukee police said.

“Everybody started running,” witness Brittany Bergstrom, who was at a nearby restaurant, told FOX 6 in Milwaukee. “There was a stampede, people running over the shrubs, hats shoes on the ground, drinks spilled everywhere.”

She said her boyfriend pulled her behind a brick wall, “and if he wouldn’t have this outcome would be a lot different. And that’s all I know and everybody took off running and I just kept running.”

The shooting victims are expected to survive. They ranged in ages from 15 to 47.

Milwauke police are continuing to search for more suspects.

Several fights were broken up as the game was ending, FOX 6 reported, but it’s unclear if any of the fights had anything to do with the shooting.

Milwaukee was hit with a wave of violence Friday. By 9 p.m., police had already responded to five separate shootings across the city, which left a total of three people dead and two injured.

#BREAKING: People are being evacuated after reported shoots at Bucks game
Hundreds of terrified #Bucks fans running from Deer District game in Milwaukee after reports of multiple #shots fired two people have been shot 1 person has been arrested.#Milwaukee #Wisconsin #Shooting pic.twitter.com/pfvmQyFN3t