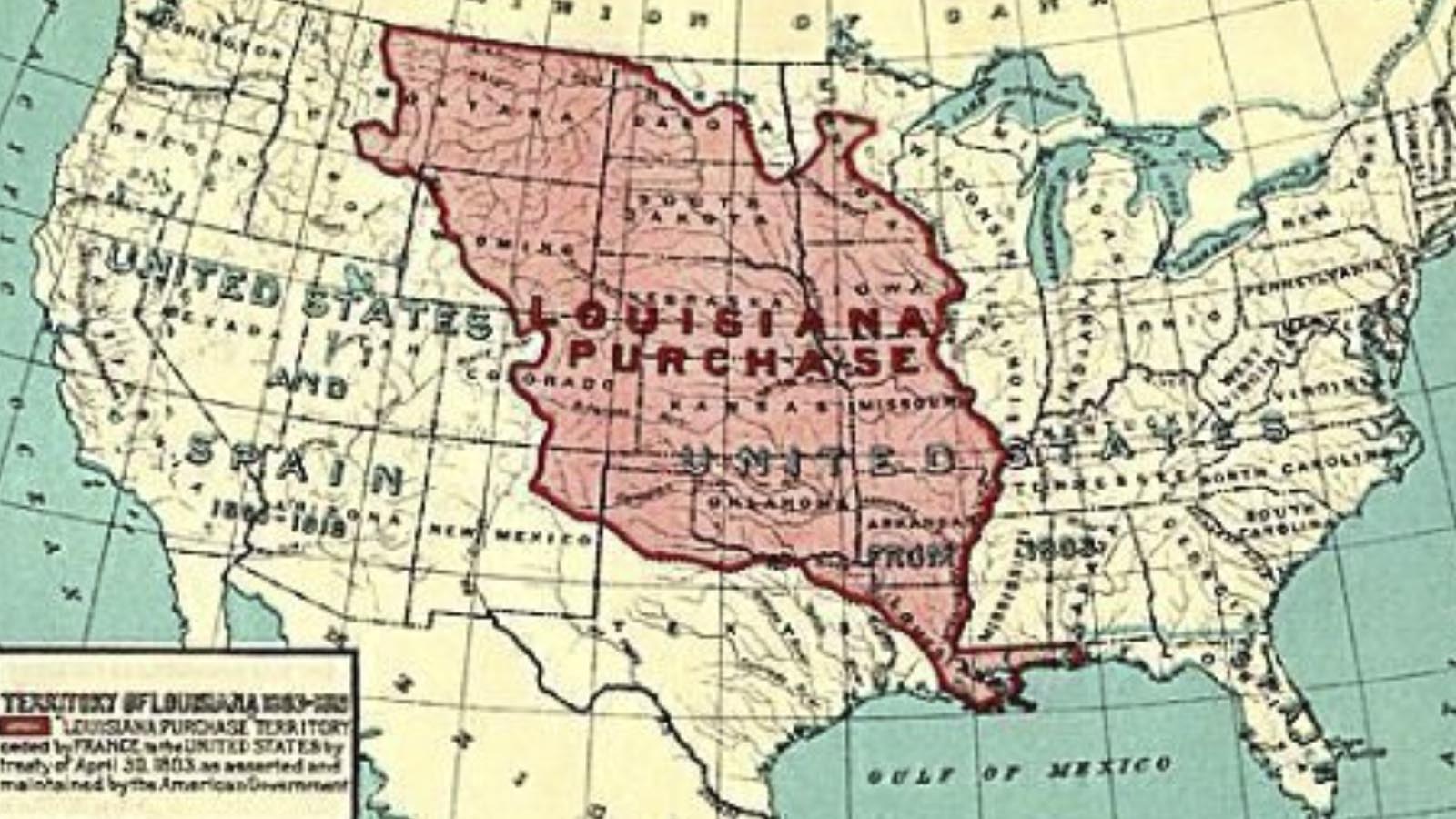 Life in the newly formed United States changed forever on December 20, 1803 when the American flag flew over New Orleans, signifying the completion of the Louisiana Purchase and doubling the country’s size.

William C.C. Claiborne, governor of the Mississippi Territory, oversaw the transition of power from France for the territory, along with Major General James Wilkinson. (If Wilkinson’s name sounds familiar, he was part of Aaron Burr’s territorial plans a few years later in the region.)

It was Claiborne who issued a proclamation in three languages that day, explaining what the Purchase meant to local residents. Specifically, Claiborne said that residents would be “incorporated in the union of the United States, and admitted as soon as possible, according to the principles of the federal Constitution.” Until then, all laws and civil offices that were established by the prior government would remain in force.

Back in 2003, the eminent historian Douglas Brinkley put the Louisiana Purchase, which was completed on that day in 2003, into perspective: “With the Declaration of Independence and the Constitution, this is one of the three things that created the modern United States,” he told Smithsonian Magazine.

Claiborne was familiar to President Thomas Jefferson, since he had cast a tie-breaking vote in the House of Representatives that granted Jefferson victory over Burr in the 1800 presidential election. In 1804, President Jefferson officially appointed Claiborne as territorial governor of Orleans; then, Claiborne became the first governor of the state of Louisiana in 1812.

The transfer of power was set in motion on October 20, 1803, when the Senate ratified a treaty with France that doubled the size of the United States at a cost of $15 million.

The land acquired from France, which had just acquired part of the territory from Spain, involved 530,000 square miles of territory that would eventually become 15 states. The entire states of what would become Arkansas, Iowa, Kansas, Missouri, Nebraska, and Oklahoma, and parts of Colorado, Louisiana, Minnesota, Montana, New Mexico, South Dakota, Texas, and Wyoming.

In 1800, the vast region came under French control after Napoleon reached a treaty agreement with Spain. Jefferson sent James Monroe in 1803 to France to join Robert R. Livingston in an attempt to buy some part of the territory from the Napoleon regime, in order to head off a potential armed conflict. Instead, Napoleon offered to sell the entire territory to the United States. After several weeks of negotiations, the Americans made a deal for the $15 million purchase, which also exceeded what they had the authority to spend. It took several months for the official news to reach Jefferson in Washington, D.C., and the tentative deal was announced on July 4, 1803.

The long-term importance of the Louisiana Purchase included its role in making the United States a continental power in North America. But it also had huge implications for the debate over the expansion of slavery as a political, social, and economic issue.