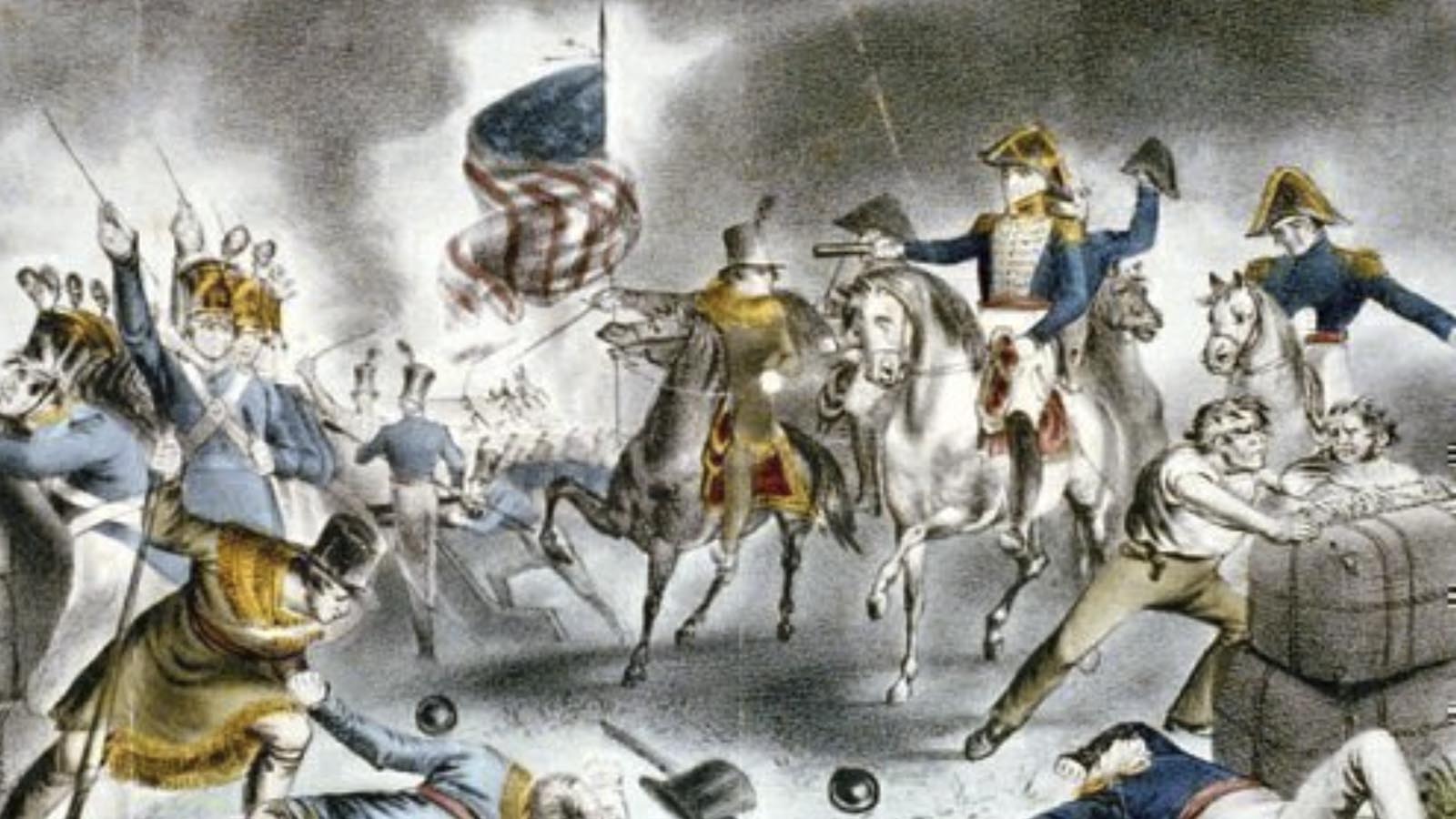 On December 24, 1814, the Treaty of Ghent officially ended the War of 1812, but the delayed news couldn’t stop nearly 1,000 British troops from being killed at the Battle of New Orleans.

In fact, many Americans learned of the peace treaty and the battle at the same time, as details of the treaty arrived in the United States later in January 1815, after the epic battle that made Andrew Jackson a national hero.

The conflicted started on June 18, 1812, when American President James Madison signed a resolution, approved in Congress, declaring war against Great Britain. Over the next two and half years, both sides engaged in bitter contests, and the war ended with much unchanged between the two nations.

Today, most Americans recall the war because of two events: the British occupation of the United States’ capital of Washington, and Andrew Jackson’s victory in the Battle of New Orleans. To many others, the war remains forgotten.

Madison was known as the “Father of the Constitution,” and he succeeded Thomas Jefferson as president in 1809. The British issue had plagued Madison since he took over from Jefferson. Britain and France, the United States’ two biggest trading partners, had been at the center of a war that dominated the European continent for decades.

As part of the conflict, the British Royal Navy had forced as many as 6,000 Americans into its service through the practice of “impressing” American merchant sailors. The British also openly supported Native Americans on the western frontier, which was seen as a threat by the Americans. The British also knew factions in the United States were eyeing Canada as a possible addition to the Union.

Canadians also had strong feelings about remaining in the empire. More than a few had left the United States for Canada as loyalists to the crown.

Another factor was the influence of the War Hawks, a group of young Democratic-Republican congressmen led by 33-year-old Henry Clay, who pushed for war with Britain.

The War Hawks were also concerned with the activities of two Native American leaders, Tecumseh and his brother, The Prophet, who put together an alliance to oppose expansion into Native American-held lands.

The war vote passed in Congress, but not by a huge majority. The Federalists in the Northeast were opposed to the war, and mockingly called it “Mr. Madison’s War.” It was the closest war vote in congressional history, and it was along party lines.

The United States struggled to make any headway in Canada. Madison had assumed that the British, who were occupied fighting Napoleon in Europe, couldn’t effectively defend Canada. Instead, American troops failed in its attempted invasions as they were met by British troops, Canadian militia, and Native American fighters.

The United States fared better at the Battle of Lake Erie, where it defeated British naval forces. Tecumseh died in a subsequent battle, weakening the ability of the Native American coalition to help the British.

However, the British were able to mount a naval blockade of the East Coast. They invaded and set fires in Washington, D.C. in August 1814. Dolley Madison helped to rescue the Gilbert Stuart portrait of George Washington in the White House dining room before the British arrived.

The Americans countered with a significant victory at the Battle of Plattsburgh, which set up a potential stalemate. But by that point, the war was winding down. Napoleon had abdicated months earlier and the French threat had diminished for the British.

Peace talks had started shortly before the attack on Washington. The sides came to an agreement with the Treaty of Ghent in Belgium, with a tentative deal reached on December 24, 1814. British troops attacking New Orleans were unaware of the peace deal, which still had to be ratified by both governments.

On January 8, the American troops, led by Jackson, routed the British troops in New Orleans. The treaty was ratified by the U.S. Senate on February 15, 1815.

In the end, the war was considered a draw and the Americans didn’t secure a promise from the British to stop the practice of impressment. But two immediate consequences became apparent: The United States had seen the last attempt by the British to impose its military will on its former colonies, and Canada had seen the end of the annexation threat from the United States.

The Native American coalition that sided with the British suffered great losses. Aside from Tecumseh’s death, it lost the British as an ally to slow or stop westward expansion.