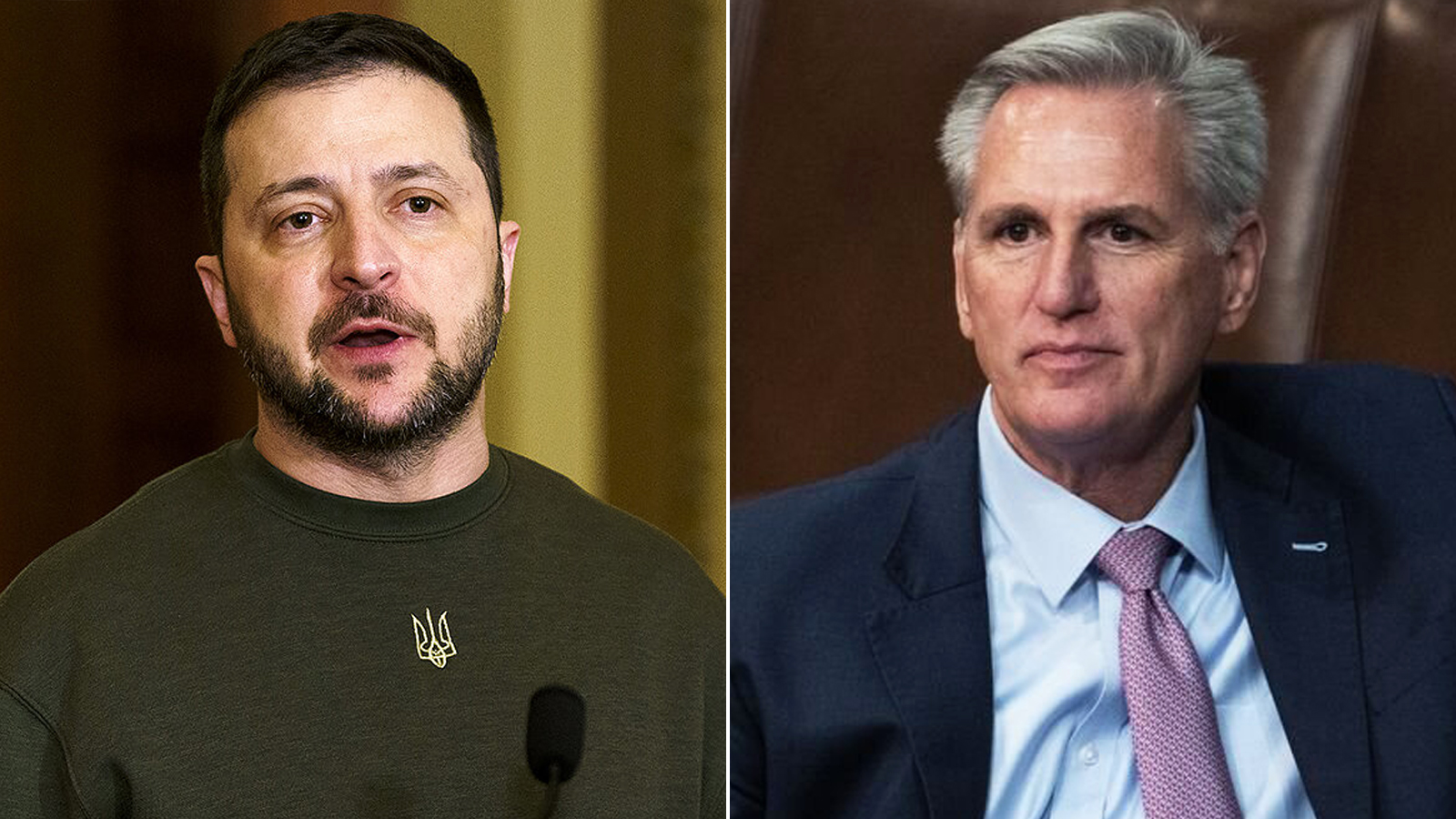 After the most lengthy and entertaining battle for the House Speaker’s gavel in modern US history, Kevin McCarthy was finally voted into the position by Republicans on the 15th ballot. Conservatives in the caucus extracted major concessions in the process, hopefully ensuring a far more effective term in regard to opposing Democratic Party priorities.

Reactions poured in, including one from Ukrainian President Volodymyr Zelensky. He took to social media to congratulate McCarthy while immediately pivoting to yet another demand for money. 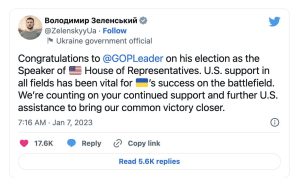 Zelensky has been putting me in a tough position lately, mostly because I agree with my colleague streiff that some investment in demolishing Russian military strength actually makes sense. The question for me has always been how much and with what accountability. We spend $858 billion a year on defense in the United States. If it costs us $100 billion over two years to degrade Russia’s military capability and decimate its stockpiles (modern Russia is a third-world economy that can’t just replace everything), that’s actually a much better return on our money compared to what we normally spend on the Department of Defense.

With that said, if we look at funding the war in Ukraine as an expenditure for our national defense, shouldn’t we carve those appropriations out of the already sky-high defense budget, reducing spending in other places? It’s no secret the US military is one of the most wasteful, unaccountable entities in existence, but instead, we’ve been handling Ukraine as a separate matter via separate spending packages, stacking money on top of money.

Regardless, putting arguments over if and what we should spend aside, I’m not a fan at all of Zelensky publicly treating the United States as some kind of vassal state. We just passed $45 billion more in spending for Ukraine, and less than two weeks later, he’s already pressing for more? Take a break, dude. We haven’t even finished spending the last package and there’s already another massive package appropriated, yet he’s still out there talking about “further assistance.” The war could and probably should be over before this latest $45 billion is spent.

It is also not our “common victory” if Ukraine is successful in pushing Russia out of its territory. It will be largely Ukraine’s victory because it is their country being attacked. Why does that kind of language rub me the wrong way? Because it is an attempt to make it seem as if the stakes for the United States are equal to that of Ukraine, thereby justifying unlimited spending with absolutely no end game articulated.

US interests are not the same as Ukraine’s. We shouldn’t be writing blank checks and telling Ukraine to do whatever it feels like. Instead, the US should be leading, pushing for terms that advance its own interests. That will likely not mean Ukraine marching into Crimea, for example. Unfortunately, the current President of the United States is an empty vessel with no leadership capabilities so I might as well be talking to a wall.