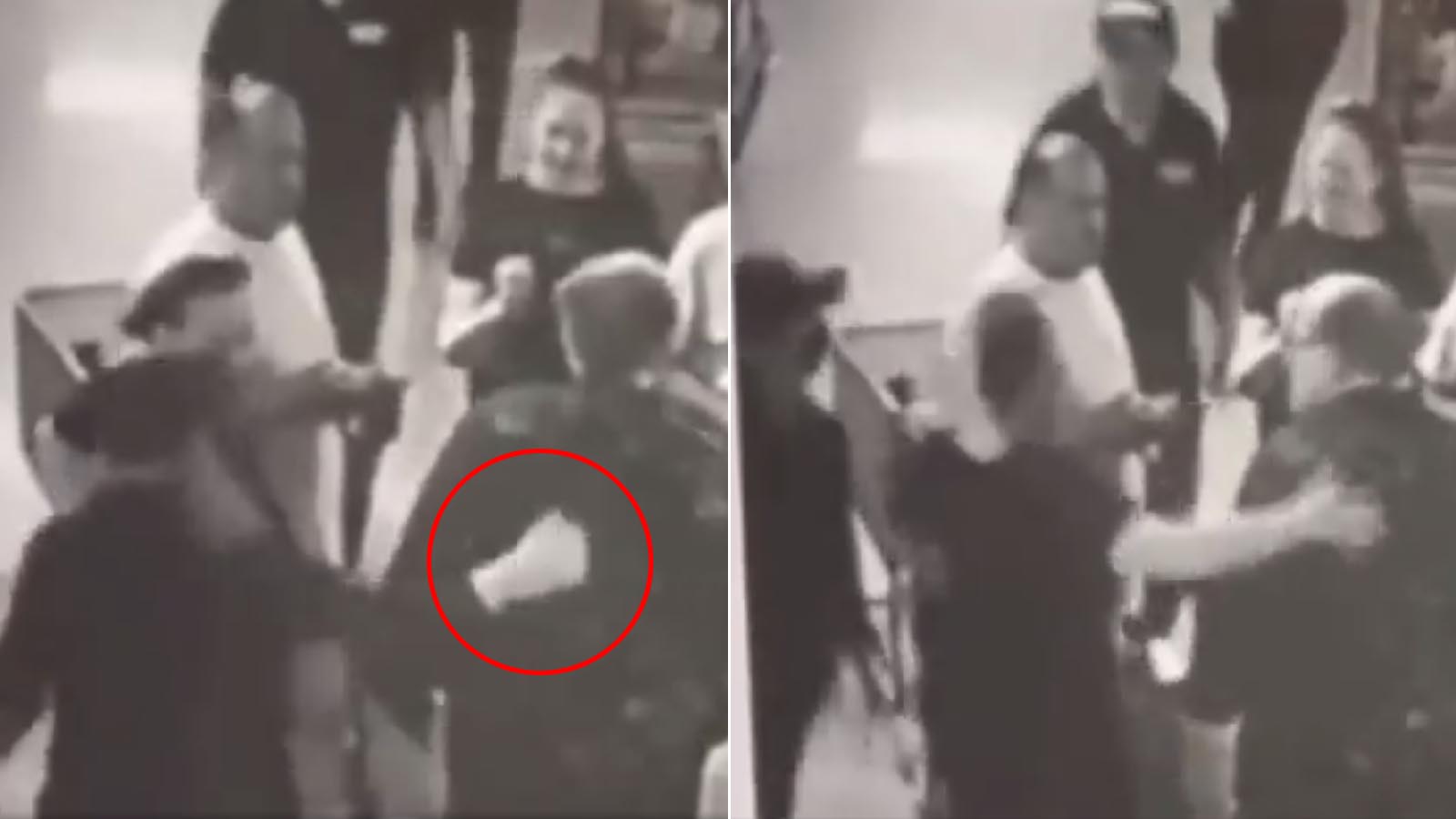 Giuliani was smacked on the back by a ShopRite employee while he was out campaigning for his son, Andrew Giuliani.

Andrew Giuliani is running for election for Governor of New York.

“You’re a f*cking scumbag!” the employee shouted to Giuliani as he droned on about Roe v Wade.

The New York Post obtained surveillance video of the assault.

The 39-year-old ShopRite employee was taken into custody.

Rudy Giuliani was slapped by a worker at a ShopRite on Staten Island on Sunday while campaigning for his son, leaving the 78-year-old former New York City mayor shaken, the ex-pol told The Post.

Giuliani said he was chatting with supporters at the store on Veteran’s Road when he was suddenly hit from behind — an incident caught on surveillance video obtained by The Post.

“All of a sudden, I feel this, ‘Bam!’ on my back,” Giuliani said. “I don’t know if they helped me not fall down, but I just about fell down, but I didn’t.

“I feel this tremendous pain in my back, and I’m thinking, what the — I didn’t even know what it was,” he said. “All of a sudden, I hear this guy say, ‘You’re a f–king scumbag,’ then he moves away so nobody can grab him.

“And he says, ‘You, you’re one of the people that’s gonna kill women. You’re gonna kill women,’ ” Giuliani said, quoting the suspect, who now faces assault charges. ” ‘You and your f–king friend are gonna kill women.’ Then he starts telling out all kinds of, just curses, and every once on in a while, he puts in that woman thing.

#BREAKING: @RudyGiuliani joined "The @CurtisSliwa Show" to discuss how he was assaulted while campaigning for his son Andrew Giuliani in Staten Island.