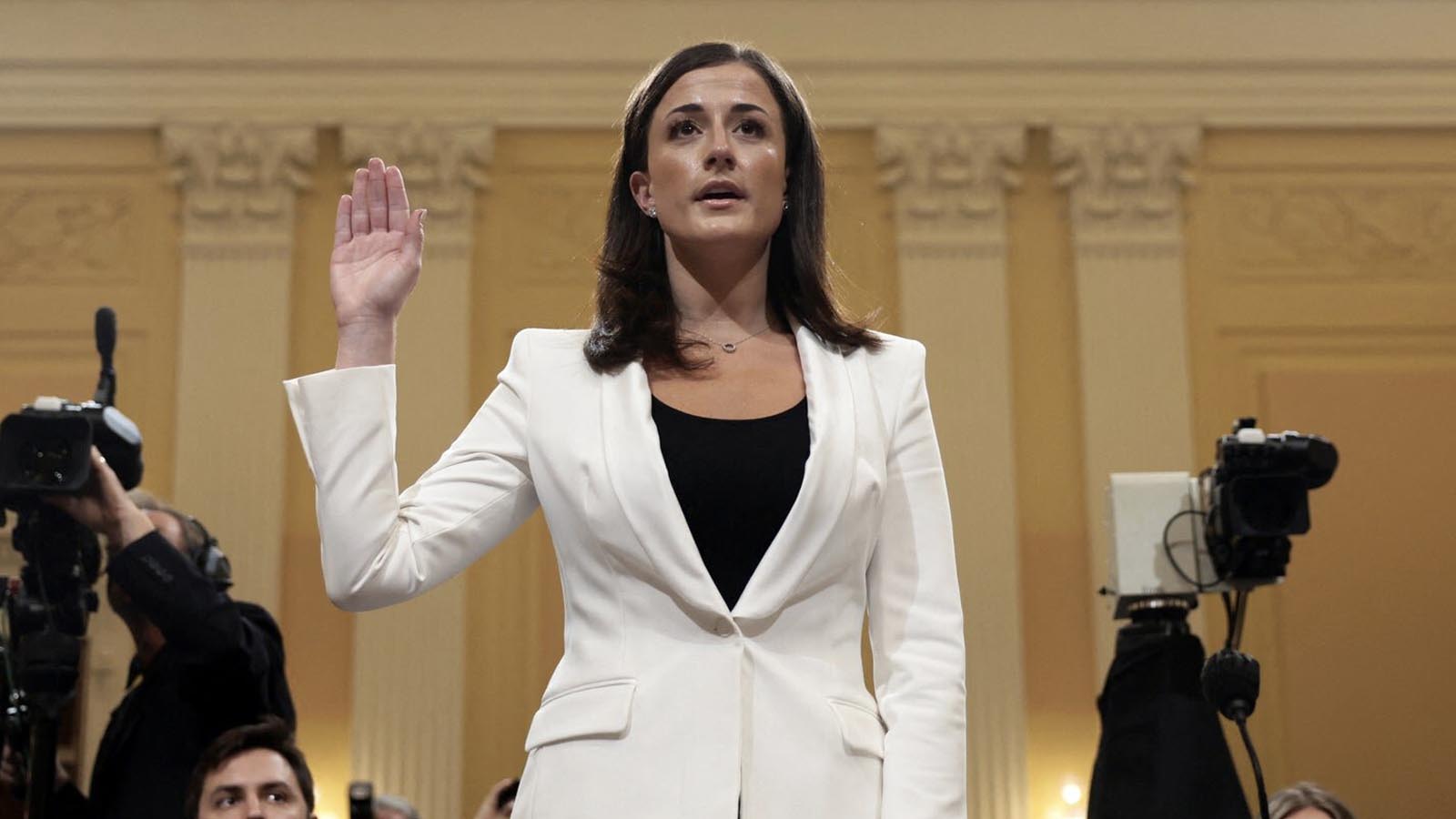 A former Trump White House lawyer claims testimony from former White House aide Cassidy Hutchinson about a handwritten letter is bogus, yet another accusation made by Hutchinson that has been starkly refuted.

Hutchinson testified Tuesday that the handwritten letter held up by Republican Wyoming Rep. Liz Cheney was written by her. Hutchinson said she wrote the note after former President Donald Trump’s chief of staff, Mark Meadows, instructed her to take down what he was saying.

“That’s a note that I wrote at the direction of the chief of staff on Jan. 6, likely around 3 o’clock,” Hutchinson testified.

“And it’s written on the chief of staff note card, but that’s your handwriting, Ms. Hutchinson?” Cheney asked.

“That’s my handwriting,” Hutchinson said, claiming Herschmann “had chimed in” and said to add “without legal authority” to the note.

But former lawyer Eric Herschmann is claiming he was the one who wrote the letter, ABC News reported, citing sources familiar with the matter.

“The handwritten note that Cassidy Hutchinson testified was written by her was in fact written by Eric Herschmann on January 6, 2021,” a Herschmann spokesperson told ABC News on Tuesday.

“All sources with direct knowledge and law enforcement have and will confirm that it was written by Mr. Herschmann.”

A spokesperson for the Jan. 6 committee said Hutchinson’s account is “credible,” according to ABC News.

“The committee has done its diligence on this and found Ms. Hutchinson’s account of this matter credible. While we understand that she and Mr. Herschmann may have differing recollections of who wrote the note, what’s ultimately important is that both White House officials believed that the President should have immediately instructed his supporters to leave the Capitol building.”

“The note memorialized this,” the spokesperson reportedly continued. “But Mr. Trump did not take that action at the time.”

Hutchinson also testified that Trump lunged for the steering wheel on Jan. 6 in order to get to the Capitol to march with protesters. Hutchinson claimed she spoke with the deputy chief of staff for operations, Tony Ornato, in a meeting that U.S. Secret Service special agent Robert Engel was present for.

While Hutchinson claims Trump became “irate” and lunged for the steering wheel, sources close to the Secret Service have denied her claims and said both Engel and the driver are prepared to testify that Trump never tried to attack either man nor did he reach for the wheel.

🚨 A source close to the Secret Service tells me both Bobby Engel, the lead agent, and the presidential limousine/SUV driver are prepared to testify under oath that neither man was assaulted and that Mr. Trump never lunged for the steering wheel.