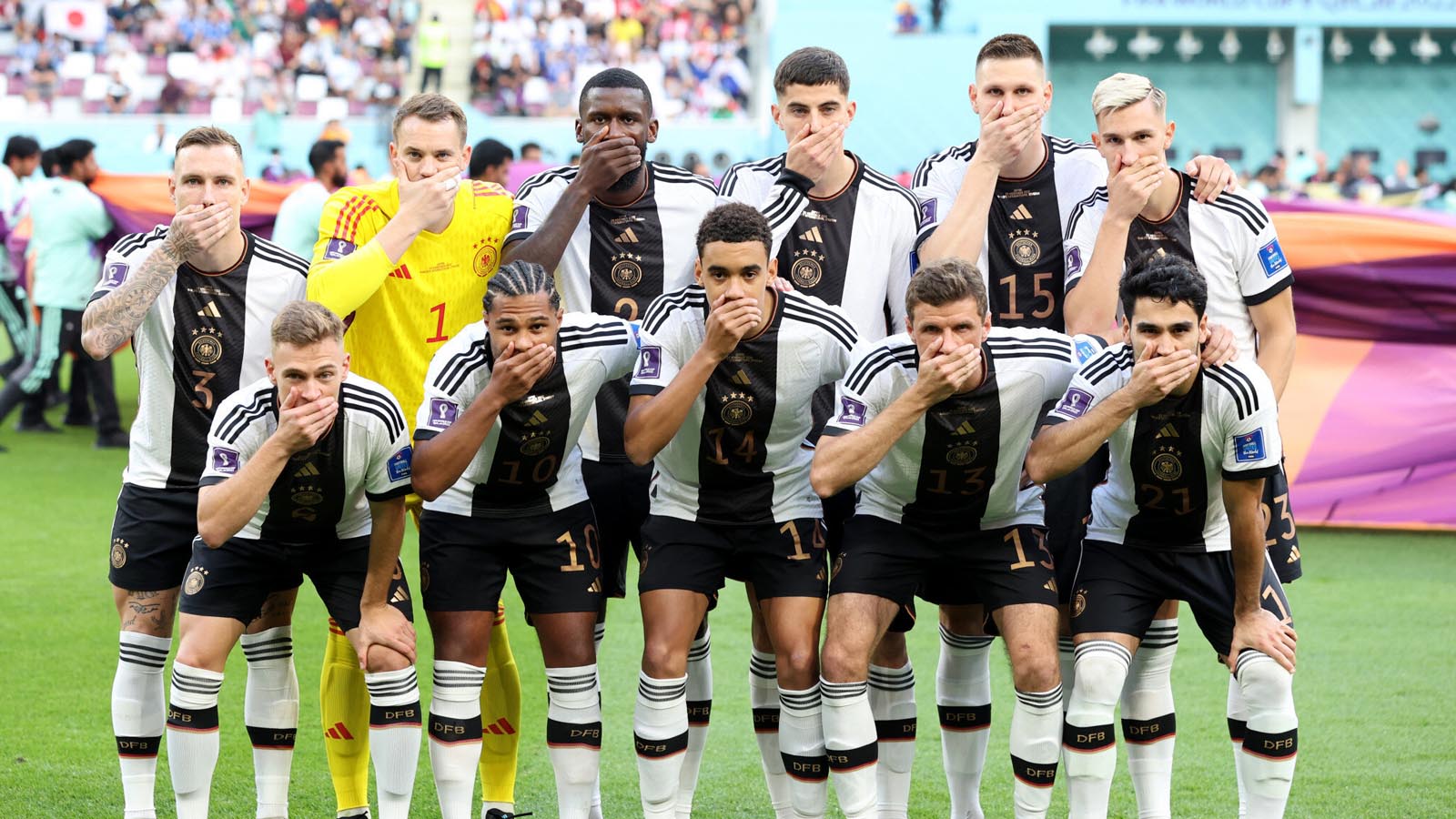 In an effort to prove their wokeness, Germany’s team at the World Cup posed for a photo before their match with Japan with their mouths covered after being told they could not wear “OneLove” anti-discrimination armbands.

Holding the World Cup in the predominately Muslim country of Qatar has resulted in a variety of cultural conflicts.

From banning alcohol sales at game venues, to comments by the Qatar World Cup Ambassador, to allegations of labor abuses, the international event is fraught with controversy.

The German team reacted to this restriction by posing with their mouths covered.

The Daily Mail reports that German soccer fans are not impressed:

While Germany’s players looked to make a political statement off the pitch, fans have accused them of failing to make a statement on the pitch, as they fell to a shock 2-1 defeat by Japan soon after.

Many fans insist Hansi Flick’s men ‘deserved’ to lose for focusing ‘only on politics’, claiming they got ‘sidetracked’ in the process.

One fan wrote: ‘Germany deserved that for being so obsessed with rainbow armbands and politics.’

Another said: ‘Don’t get sidetracked by the ‘politics’ and just play your football. All these needless virtue signaling isn’t helping you win. Germany should’ve won this.’

Germany lost to Japan. They deserved to lose because they came to play politics and not football. #GERJPN#FIFAWorldCup #Qatar2022

I'm so upset with this Japan loss but I can't help but think that the German players didn't come to Qatar with the mindset of focusing solely on Football. I'm not even excited to watch the Costa Rica game in the stadium knowing that the players aren't fully focusing on football.