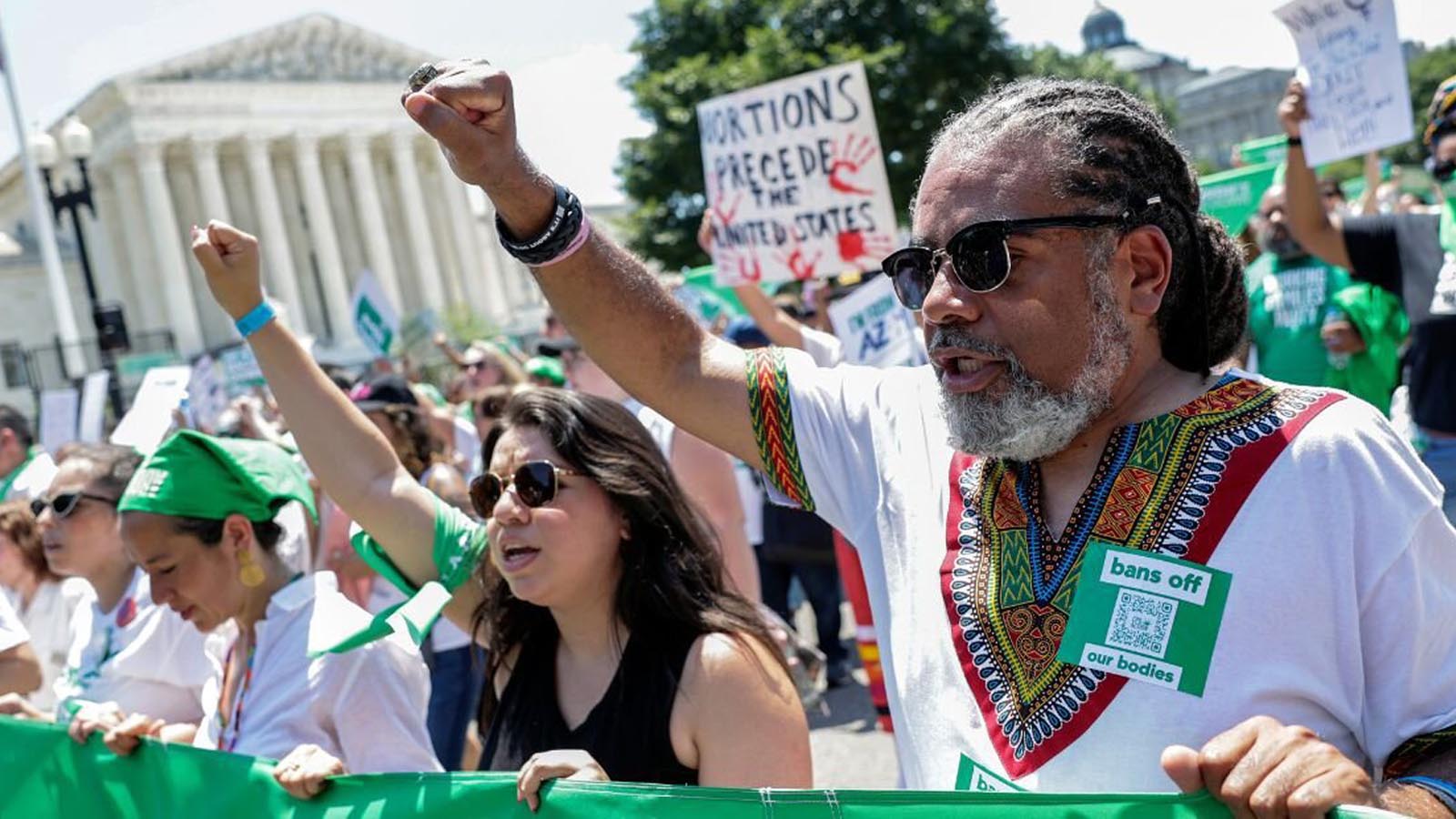 A former Universal Music Enterprises employee said he was fired by the company last month after refusing to work on June 24, the day the Supreme Court overturned the 1973 Roe v. Wade abortion decision.

“I’m a queer brown person and I was fired during Pride month for speaking up in defense of abortion rights at Universal Music Enterprises (UMe) (a subsidiary of Universal Music Group),” Michael Lopez wrote in a lengthy LinkedIn post a week ago.

Lopez’s LinkedIn profile indicates he worked at the company as a production coordinator from January 2021 till June. His profile currently says he is a freelance graphic designer.

Lopez said he had to process reports for the company’s upcoming releases every Friday. Part of the work involved writing to an email list with 275 people on it.

In response to the decision, Lopez emailed the 275 people on the mailing list that day to say he did not do the work he was then supposed to do because he was “in mourning due to the attack on people with uteruses in the US. Federally guaranteed access to abortion is gone.”

Lopez signed off the email with the words, “Yours in fury.”

He said in his LinkedIn post that although he thought he might lose his job, he “was proud of letting allies know that our company has been donating to these politicians.”

According to Lopez, fellow employees expressed their support for what he had done, and his manager subsequently asked him to take the day off.

However, the company’s leadership apparently did not take this mutiny lightly.

A week after the incident, a company HR official met with Lopez via Zoom and told him that he was being fired.

“I was being let go,” he said in his LinkedIn post, “for (paraphrasing) ‘Not doing your job, disrupting the day of 275 people and poor judgement.’”

Universal asked him to sign out of his work accounts and took back his work laptop an hour after the meeting, he said.

“Just got fired for this email from Friday, so they’re letting you know where they stand on employees speaking out on politicians that support marginalization for folks like me,” he wrote, according to his LinkedIn post.

“A brown queer person terminated during Pride month speaking in support of abortion rights. Seems like that’s exactly what America is all about right now,” Lopez said.

“I don’t speak for my former company. I speak for myself and employees that will suffer under these discriminatory laws,” he said.

“Their actions today, their silence on Friday are indicative of their motivations. Profit at all costs,” Lopez wrote. “Solidarity, only if it’s profitable. And above all of that is maintaining the status quo and saying f*** you to the working class.”

WARNING: The following post contains vulgar language that some readers may find offensive.

Lopez’s post has grown popular since the time he shared it, earning more than 3,400 reactions and 605 comments as of Tuesday afternoon.

Universal Music Group was asked about the situation, and a representative told the New York Post, “As a matter of policy, we can’t discuss an individual’s personnel record. We can say that what was posted on social media is inaccurate.”

“UMG has a long record of support for women’s issues,” the representative said. “In the wake of the recent US Supreme Court ruling overturning Roe v Wade, the company has extended its efforts to assure that these important healthcare services remain accessible to employees.”

“We also financially support non-profit groups working in this area and offer a match for employee’s contributions to those groups, as well.”