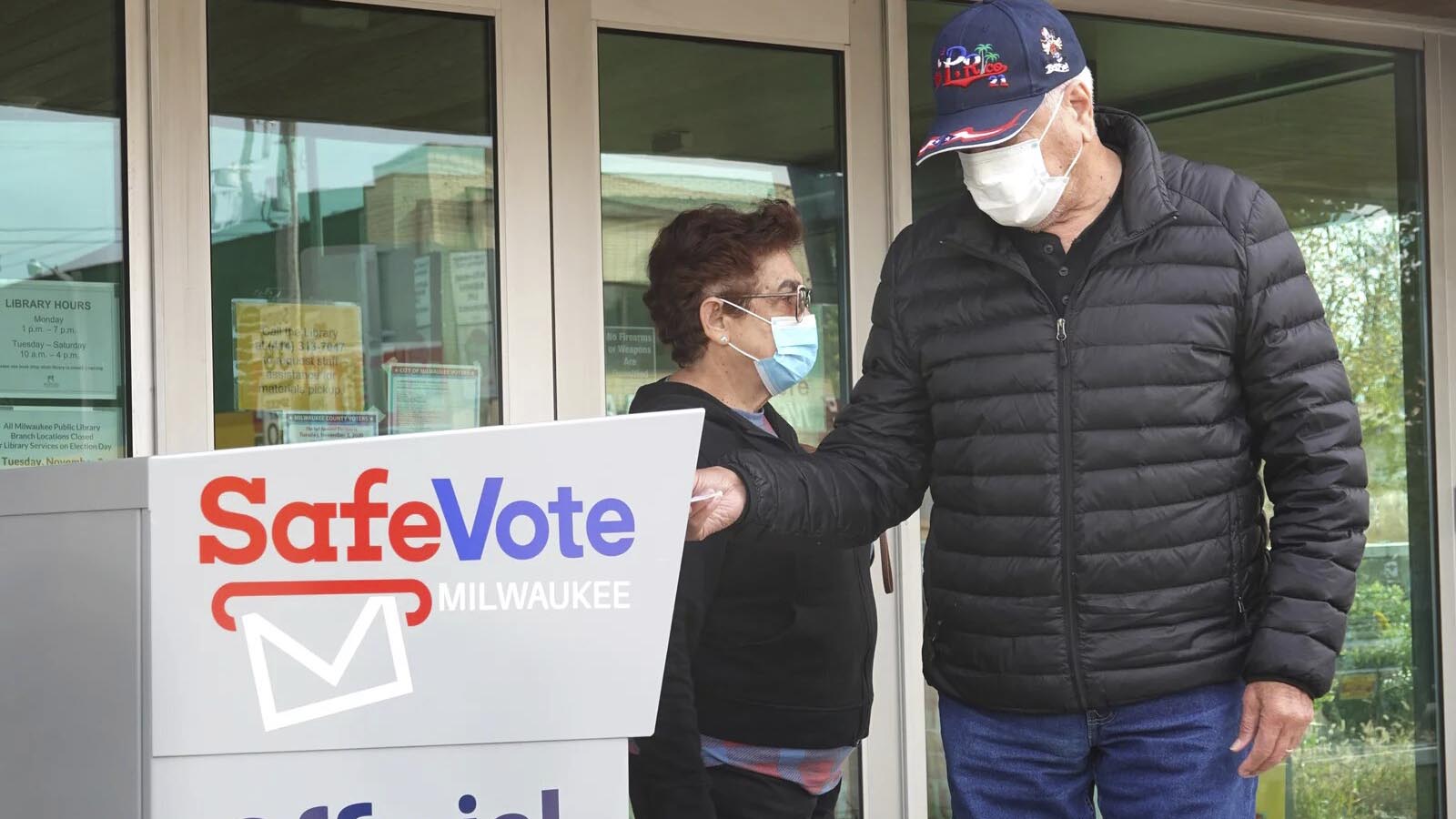 The Wisconsin Supreme Court ruling striking down the use of ballot drop boxes is the latest evidence that a widely used mechanism for the 2020 election was illegal, undercutting Democratic claims that any irregularities in the contest were insufficient to sway outcomes.

On Friday, the state Supreme Court ruled in a 4-3 decision that the ballot drop boxes authorized by the Wisconsin Elections Commission (WEC) for the 2020 presidential election were illegal and that only the voter may return their ballot in person.

The court noted that by spring 2021, municipal clerks reported that there were 570 drop boxes in 66 of Wisconsin’s 72 counties.

Republican Wisconsin state Rep. Janel Brandtjen told the “Just the News, Not Noise” TV show Friday that the state Supreme Court decision affected hundreds of thousands of ballots that were cast in the 2020 presidential election.

“This was hundreds and hundreds of thousands of ballots in the state of Wisconsin that actually went through the dropbox process, which really was just handled by the bureaucracy,” Brandtjen said. “Instead of having the Legislature make rules about how the ballots were to be handled, instead, we were in a situation where bureaucrats just wrote out on paper how we were going to be handling ballots in the state of Wisconsin.”

In December 2020, the Wisconsin Supreme Court ruled that it was illegal for Gov. Tony Evers to issue an emergency order giving blanket permission for voters to declare themselves homebound and skip voter ID requirements for absentee ballots cast in the election during the pandemic.

Commenting on the court’s latest finding that the state executive branch usurped legislative authority in the 2020 election, Brandtjen said she hopes government officials have received the message from the court “because guidance is not law.”

“What [has] now been declared from the … Supreme Court of the state of Wisconsin is that taking your ballot home is almost in the same level of taking home your SAT,” Brandtjen told show cohosts John Solomon and Amanda Head. “There has to be some sort of guidelines to make sure your ballot is being secured, and that’s up to the Legislature, not just the Wisconsin Election Commission.”

Ballot drop boxes were also implemented in Pennsylvania during the 2020 election cycle, despite not being expressly authorized by law. The state Supreme Court, however, ruled they were legal, prompting some state Republicans to claim the court overstepped its bounds.

Despite the ongoing revelation of countless irregularities in the 2020 presidential election, Democrats and government officials have claimed the election was “the most secure in American history” — or at least that fraud and irregularities were too marginal to affect the outcome.

Those denying the existence of significant election irregularities have attempted to stigmatize those who have scrutinized the anomalies marring a presidential election dominated by novel mass mail-in voting procedures imposed late in the election cycle across a range of swing states indispensable in securing Joe Biden’s victory.

“The WI Supreme Court’s ruling banning drop boxes is long overdue,” the election integrity watchdog tweeted. “If the state legislature wanted drop boxes, they would have authorized them. Now, drop boxes will only be allowed in election offices, where they can be properly monitored and secured.”

The WI Supreme Court's ruling banning drop boxes is long overdue. If the state legislature wanted drop boxes, they would have authorized them. Now, drop boxes will only be allowed in election offices, where they can be properly monitored and secured.