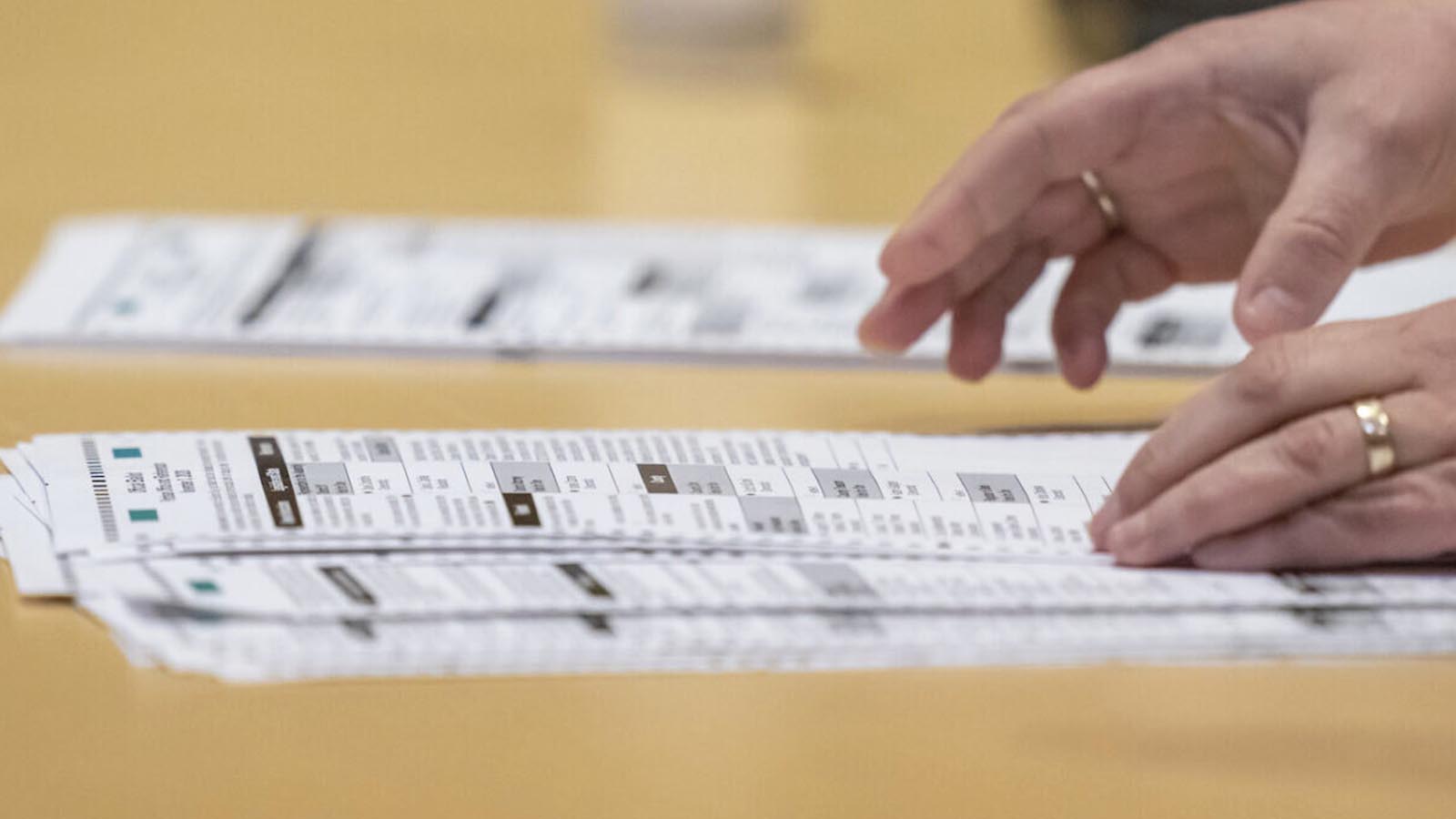 More than 350,000 informational data points on Wisconsin’s state voter roll are alleged to be inaccurate, according to a citizen activist.

Justin Gavery is one of about 500 volunteers who banded together nearly two years ago to work to improve voter confidence in Wisconsin elections.

Cleaning up sloppy voter registration information is one of the group’s stated priorities.

Computer experts from the group produced a presentation on all of the state’s 72 counties. For illustration, they focused on information from Dane and Milwaukee counties as representative of what is going on across the state.

In Dane and Milwaukee counties, the group claims to have discovered 60,000 issues they say warrant either explanation or correction.

The data shows that in Milwaukee County, 12,555 registered voters’ addresses are listed as vacant by the U.S. Postal Service.

The group’s analysis says that nearly 29,000 people in the two counties filled out a change of address form with the U.S. Postal Service saying that they moved out of state but are still on the active voter list years later.

The group found 22,500 address errors in the two counties. The mistakes included missing and invalid numbers and major apartment complexes with only a main address and partial apartment numbers or none at all.

The group also found nearly 1,000 voter registrations on the Milwaukee County voter roll which appear to be duplicates—a person with the same first, middle, and last name, and the same address.

“Both people are listed on the active voter roll with two different voter ID numbers. Some of these might be father and son that did not use the Sr. and Jr. designations,” Peter Bernegger, a cyber expert, said in a phone interview with The Epoch Times.

Another issue the group discovered in the voter rolls is that 48 people in Milwaukee County and 28 in Dane County registered to vote years ago, some as long as 30 years ago, yet they remain on the active voter list even though they have never voted.

“There are thousands of these statewide,” said Bernegger.

The group’s analysis also found that dozens of voters in Milwaukee and Dane counties have used commercial buildings, UPS storefronts, and U.S. Post Offices boxes as their legal residence in violation of Wisconsin law, which requires a voter to be registered to the address of the residence where he sleeps at night.

“In the case of other questionable voter registrations, Post Office records plainly show 875 purported residences in Milwaukee County and 383 in Dane County that are officially listed as ‘Not a Valid Address’, yet they are still on the voter rolls,” said Bernegger.

The volunteers used computers to examine data from the Wisconsin Elections Commission’s registered voter list, the verified database of the U.S. Postal Service, and several other databases.

Brandtjen told The Epoch Times in a phone interview that her staff reviewed Gavery’s data and posted it on her legislative website on Sept. 20 “for people to see.”

“People want fairness and accuracy. They want to understand their state’s election process beyond just showing up on election day. This includes voters, poll workers, observers, and chief inspectors.

“Transparency is the only way people will have confidence that their voices are actually being heard,” said Brandtjen.

Acknowledging that some of the errors found on the rolls may have logical explanations or have resulted from human error or technical problems, she said, “The sheer number of the errors makes people question the competency of Wisconsin’s election system.”

When asked about WEC’s contracting with the Washington-based Electronic Registration and Information Center (ERIC) to maintain its voter rolls, Brandtjen replied, “From what we see, ERIC is either unqualified or unwilling to do the job properly.”

One volunteer with the watchdog group, who did not want to be identified for fear of retaliation, told The Epoch Times, “For too long, WEC has ignored these issues. They show no interest. They say a review of the data we present to them is unnecessary or it’s too much work.

“Then they resort to attacking anyone asking questions or requesting a review.”

WEC and ERIC did not respond to an Epoch Times request for comment.

Bernegger told The Epoch Times that the multiple classes of errors could have impacted as much as 10 percent of the active voter roll.

“This is significant because Wisconsin elections are historically won by extremely small margins. For example, Joe Biden won the state by just 300 votes per county,” Bernegger stated.

He said census data shows that there are 4.5 million voting-age adults in Wisconsin, yet according to WEC’s own records, there are 7.2 million voters registered on the state’s active and inactive voter rolls.

“Build in the fact that there are only 3.5 million voters on the active list, then ask yourself ‘What can possibly go wrong with that?”

Brandtjen said the work of the grassroots citizen activists is significant because it revealed the extent of the errors and inconsistencies on Wisconsin’s voter rolls.

“I suggest the state hire a competent professional database expert to perform regular maintenance on the rolls,” she said.