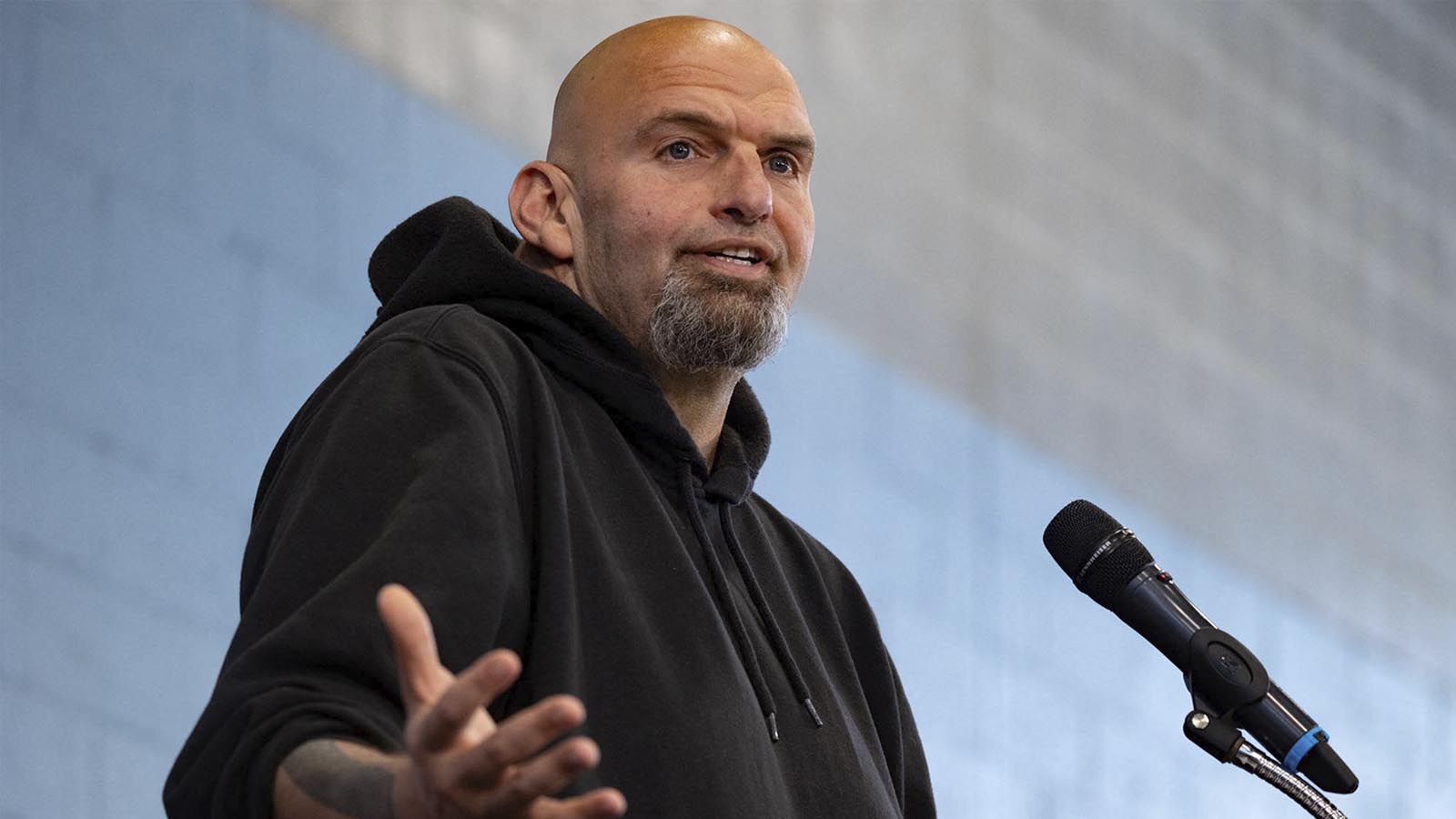 There’s a crease in the line, and Republicans should seize this opportunity to pull off the comeback of the midterm season. Pennsylvania, especially, seemed like the most daunting task—replacing outgoing incumbent Republican Sen. Pat Toomey in a state that’s been notoriously difficult for the GOP to win. The last time the Keystone State voted Republican in a presidential election was 2016. It was 1988 before that—and 2010 was the last time we won a gubernatorial race. The collar counties around Philadelphia and Allegheny County—Pittsburgh—have formed a mini-blue wall within the state.

During the summer, it seemed as if Pennsylvania Lt. Gov. John Fetterman, who suffered a severe stroke during the primary, would run away with the Senate race. After weeks of ads hammering his asinine criminal justice agenda, where he wants to empty one-third of all PA jails and abolish life sentences for murderers, his advantage has degraded massively. It’s now a virtual tie between Fetterman and Republican Dr. Mehmet Oz.

I had written this race off given how it had devolved into a dumpster fire—it still is—but Fetterman is also uniquely unhealthy right now. He’s not making much sense on the campaign trail, which has become so bad that he makes Joe Biden look like an academic scholar who speaks with learned diction. The planned debates between Oz are only an hour, and Fetterman wanted practice rounds done with the moderators, which would never happen. He also wants the event to be closed-captioned so he can read the questions and responses. These demands render a debate useless, which could partially be the Fetterman camp’s goal here, though it also speaks to the lieutenant governor’s mental capacity. They know this—which is why we should all be on debate watch. If you think this race is tight now—wait until one disastrous debate performance polls with voters.

In Wisconsin, Lt. Gov. Mandela Barnes’ soft-on-crime agenda has come back to haunt, which has led to a GOP surge in the polls; incumbent Republican Sen. Ron Johnson has a solid four-point lead. Some Democratic candidates this year have refused to debate, like Katie Hobbs in Arizona. Axios had a great rundown about how Democratic hopes in these states have deteriorated (via Axios):

What’s happening: In Wisconsin, GOP Sen. Ron Johnson has pulled ahead of Democrat Mandela Barnes in the latest wave of public polls. In Pennsylvania, recent polling suggests Democrat John Fetterman’s double-digit advantage over Republican Mehmet Oz has shrunk to a statistical tie. They are vying for the seat held by retiring GOP Sen. Pat Toomey.

Why it matters: The Republican momentum in both states, acknowledged by strategists on both sides, means the pathway for Republicans to win back the Senate majority looks clearer.

If they hold Wisconsin and Pennsylvania — along with all the states Trump carried — Republicans would need to unseat just one Democratic incumbent.

By the numbers: In Wisconsin, Barnes trails Johnson by five points in a new poll conducted for the AARP by Biden pollster John Anzalone and Trump pollster Tony Fabrizio.

A Fox News poll released this week, which showed Johnson ahead by four points, found 44% of Wisconsin voters believing Barnes’ views are “too extreme” — a point higher than those who viewed Johnson the same way. The share of voters who now view Barnes as too extreme spiked 14 points in the last month.

“This will be a 50-50 race, and it will determine control of the U.S. Senate,” one Democratic congressman told Axios.

Between the lines: Both Democrats are getting hammered for their progressive positions on criminal justice issues.

The biggest enemy in politics is time. It’s the most needed resource and, if squandered, could make for a very rough election night for any candidate. Both sides screw up clock management. Republicans are lucky that Joe Biden has dismal approval ratings and presiding over an economy in a recession compounded by high inflation. The Republican leadership has dithered on injecting cash into crucial Senate races, and that’s where pro-Trump PACs have picked up the slack recently, but then again—where were they when these candidates needed money? Sen. Rick Scott (R-FL) went on vacation in Italy in August. The man tasked with guiding the party to retaking the Senate decided to spend critical weeks leading up to the most expensive phase of an election by catching some sun on a luxury yacht. Mitch McConnell, who seems to be in an endless love/hate cycle with conservatives, decided to go further and declared these determining midterm races unwinnable due to candidate quality issues.

McConnell doesn’t like that the Trump-backed candidates won their respective primaries, so he’s dragging his feet on resource allocation and overall support. Like the rest of the establishment, McConnell is wary that these pro-Trump candidates, if elected, won’t listen to him. If anything, he’d be more content with relegating this cycle a wash and trying again in 2024, but the Trump element isn’t going away. It would be magnified since Trump is most likely running again.

Democrats wasted time hoping that the issue of abortion, the Dobbs decision from the Supreme Court, and the deluge of new voter registrations could provide that buffer against total electoral destruction. As we’ve noted, abortion did energize Democrats, which accounted for the issue being catapulted to the top of some voter concern surveys—but it only galvanized areas that were already liberal bastions. Republicans have dominated voter registration drives for the past 18 months; Democrats were just climbing out of a hole. For some reason, Democrats thought that no more bad news would ever drop 40-50 days before Election Day.

We’re now less than 40 days from voting, and inflation is still high with an economy in recession. The former reared its head when the latest consumer price index report was released. It torched Wall Street to the tune of $1.5. trillion. Charlie Cook of the political report that bears his name warned Democrats that they couldn’t expect to benefit from any more good news. Even the August spending bill, sold to us as a piece of legislation that would combat inflation but rapidly became a climate change appropriation after it passed, can’t be leaned on as a legislative accomplishment—no one cares, especially when its contents are hyperinflationary.

For weeks, the media pelted us with stories about how abortion would save the Democrats and how there will be landslide wins for Democrats in the Senate races. Michael Moore said that who isn’t a trusted source—not that you need reminding.

The point is that Wisconsin and Pennsylvania are slipping away, and Democrats can’t look up into the sky and hope for Superman, or a non-binary authority figure, to save them.