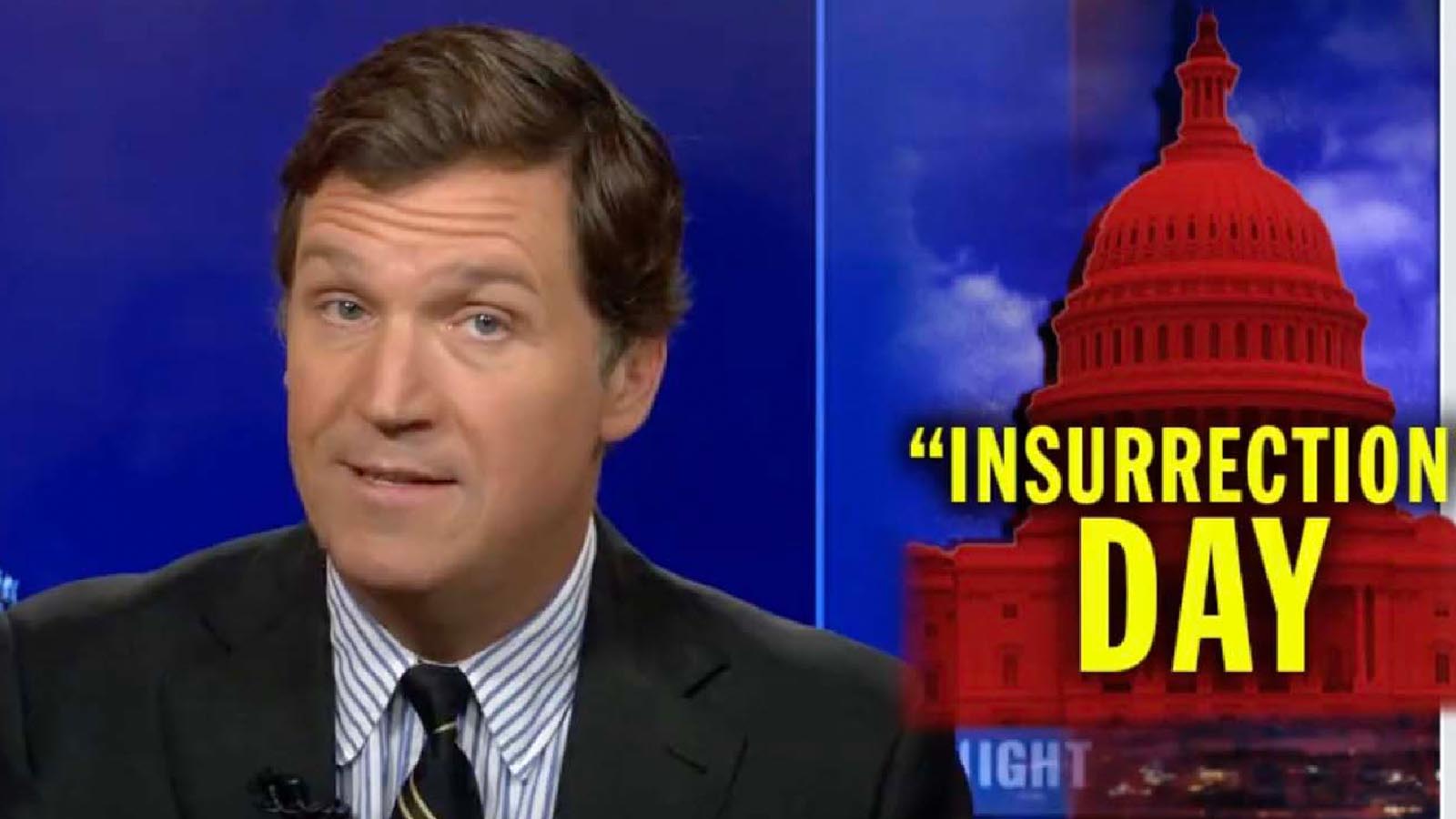 and one channel actually serving the public interesthttps://t.co/05tT6EuzKP

In sum, “they are lying and we are not going to help them do it,” he said.

We’re not playing along with the January 6 show trial hearing. The whole thing is insulting. They are lying, and we’re not going to help them do it. https://t.co/GT9NLRN9D2 pic.twitter.com/PDT9g758br

“[I]n the 18 months since January 6, gas prices have doubled. Drug ODs have reached their highest point ever. The U.S. economy is now careening toward a devastating recession at best and scariest and least noted of all, this country has never in its history been closer to a nuclear war,” Carlson noted. “Yet the other networks can’t be bothered to cover any of that tonight.”

He called the primetime hearing “insulting” and “deranged.”

“What we will do instead is to try to tell you the truth. We’ve attempted to do that since the day this happened,” Carlson said.

We hated seeing vandalism at the U.S. Capitol a year and a half ago, and we said so at the time, but we did not think it was an insurrection because it was not an insurrection. It was not even close to an insurrection. Not a single person in the crowd that day was found to be carrying a firearm – some insurrection. In fact, the only person who wound up shot to death was a protester.

She was a 36-year-old military veteran called Ashli Babbitt. Babbitt was just over 5 feet tall. She was unarmed. She posed no conceivable threat to anyone, but Capitol Hill Police shot her in the neck and never explained why that was justified. Those are the facts of January 6, but since the very first hours, they have been distorted beyond recognition, relentlessly culminating with last night. (Fox News)

Carlson pointed out that leading up to the hearing CBS perpetuated the lie that the five police officer deaths were a result of the riot.

This must be the big lie theory. The more bewilderingly false a claim is, the more likely you will be to believe it. Apparently, that’s what they’re betting on. In fact, precisely zero police officers were killed by rioters on January 6, not five, none. Not a single one. So, how’d they get to five? Well, CBS is counting the suicides of local police officers that took place after January 6, in some cases, long after January 6.

Suicide, unfortunately, is pretty common among cops. Policing is a tough job, as we’ve noted. But in these specific cases, the ones CBS is referring to, the chief of Washington DC’s police department told The New York Times that actually he had no idea if his officers were driven to kill themselves by January 6. CBS just made that up. (Fox News)

The fifth officer, Brian Sicknick, died from a stroke but the media falsely reported he was attacked with a fire extinguisher that day.

After playing clips of CNN and MSNBC hosts and reporters saying this, Carlson explained that “Not a single person you just saw has apologized for lying.”

Carlson then wondered why we have no answers yet about Ray Epps, the FBI’s presence that day, why some authorities opened doors to rioters, the identity of the pipe bomber, and more.

He argued what will bring about a true insurrection is ignoring the legitimate concerns of Americans.

“We are not defending and would never defend vandalism, violence, rioting. We disapproved of it when it happened. We disapprove of it now, all riots, not just this one. But this was not an insurrection,” he said.

“But, you know what will get you to insurrection? If you ignore the legitimate concerns of a population, if you brush them aside as if they don’t matter when gas goes to $5 and you say ‘buy an electric car,'” Carlson continued. “When cities become so filthy and so dangerous that you can’t live there, when the economy becomes so distorted that your own children have no hope of getting married and giving you grandchildren, when you don’t care at all about any of that and all you do is talk about yourself, nonstop – you might get an insurrection if you behave like that, speaking of insurrection.”