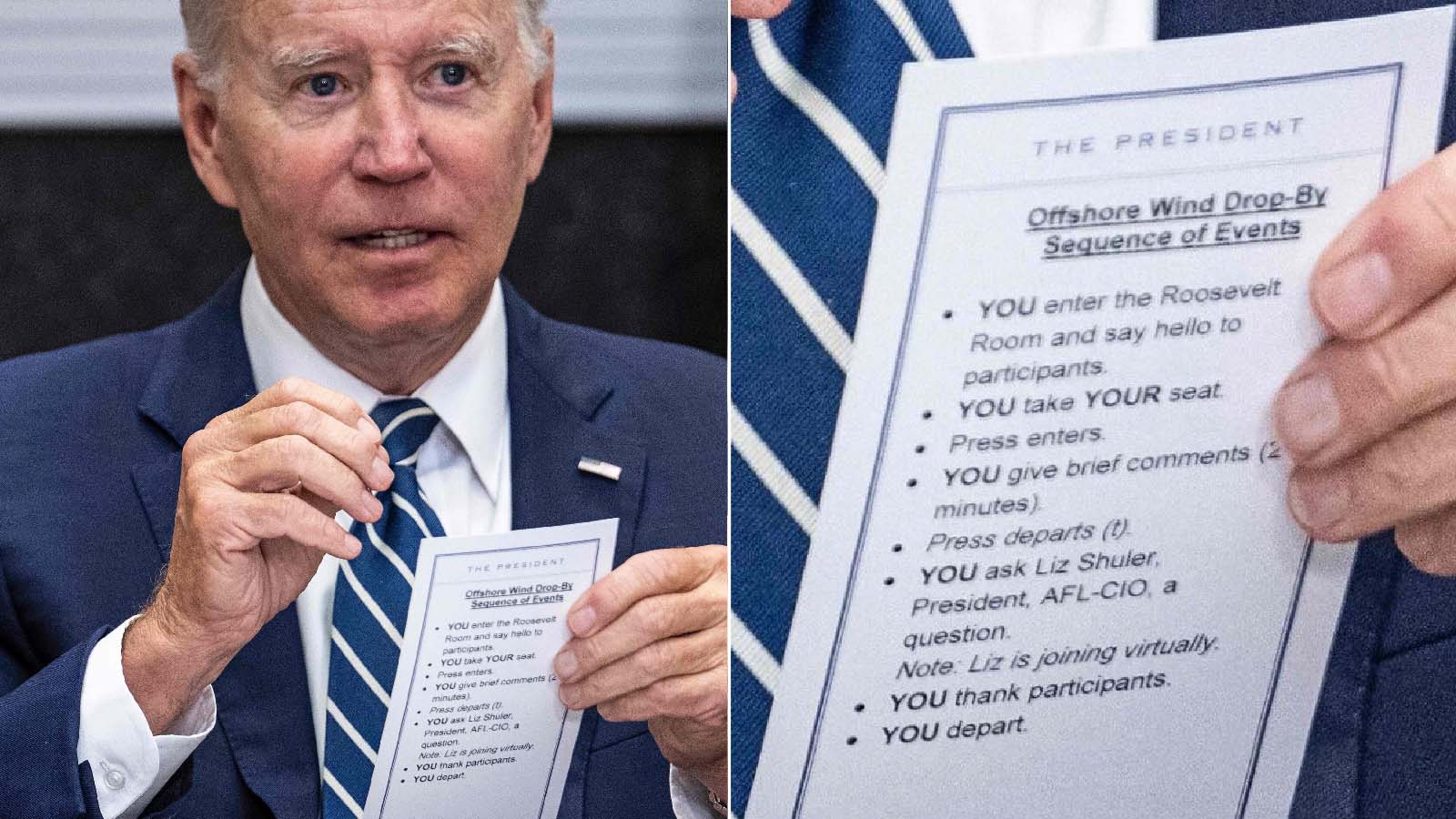 During a Thursday meeting at the White House, a camera happened to catch a small notecard in President Joe Biden’s hand. An enlargement of the photo showed the card contained a series of instructions for him to follow.

No. 1 told the president, “YOU enter the Roosevelt Room and say hello to participants.” The second said, “YOU take YOUR seat.”

And on it went. The final steps reminded Biden, “YOU thank participants” and “YOU depart.” 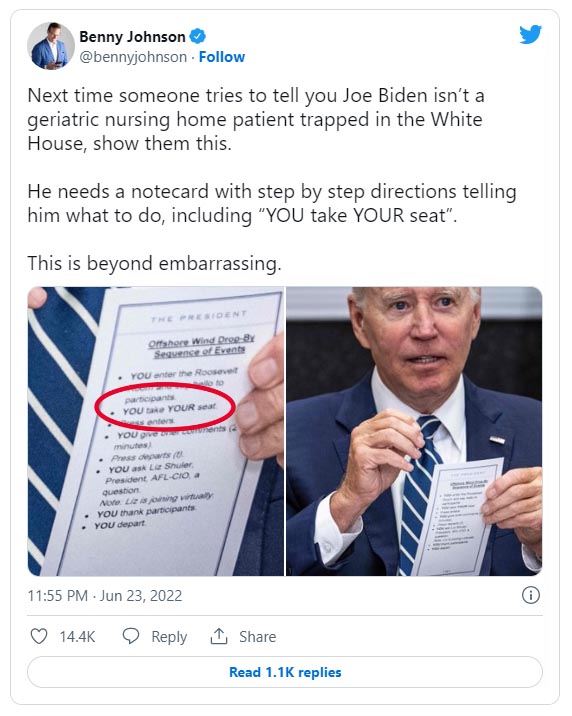 It is alarming — and frightening — that America has a president whose aides must prepare detailed cue cards before meetings.

This alone should be grounds to start seriously, objectively discussing 25A…

No instructions not to grope women in the room, so that's a positive.

Ought to add something about "No shaking hands with empty space" though.

Writing yourself notes on what to say… Normal.

Someone writing you a script on how to sit, what YOU can and can’t say, when YOU are allowed to stand back up, etc… Very NOT normal

The world is already well aware of Biden’s cognitive decline, so our enemies won’t be learning anything new. Still, can you imagine the laugh Chinese President Xi Jinping and Russian President Vladimir Putin will share over this?

How much longer will Democrats and the legacy media continue to pretend there’s nothing wrong with this man? Nearly every public appearance ends with a gaffe. He slurs his words, he speaks gibberish, and he loses his train of thought while he’s speaking.

His issues were apparent when he launched his campaign in April 2019 and his condition has deteriorated steadily over the past three years.

If he weren’t presiding over the most inept administration in modern history, one might almost feel sorry for him.

Clearly, Biden is incapable of running the country.

Which begs the question — if Biden’s not calling the shots, who is?