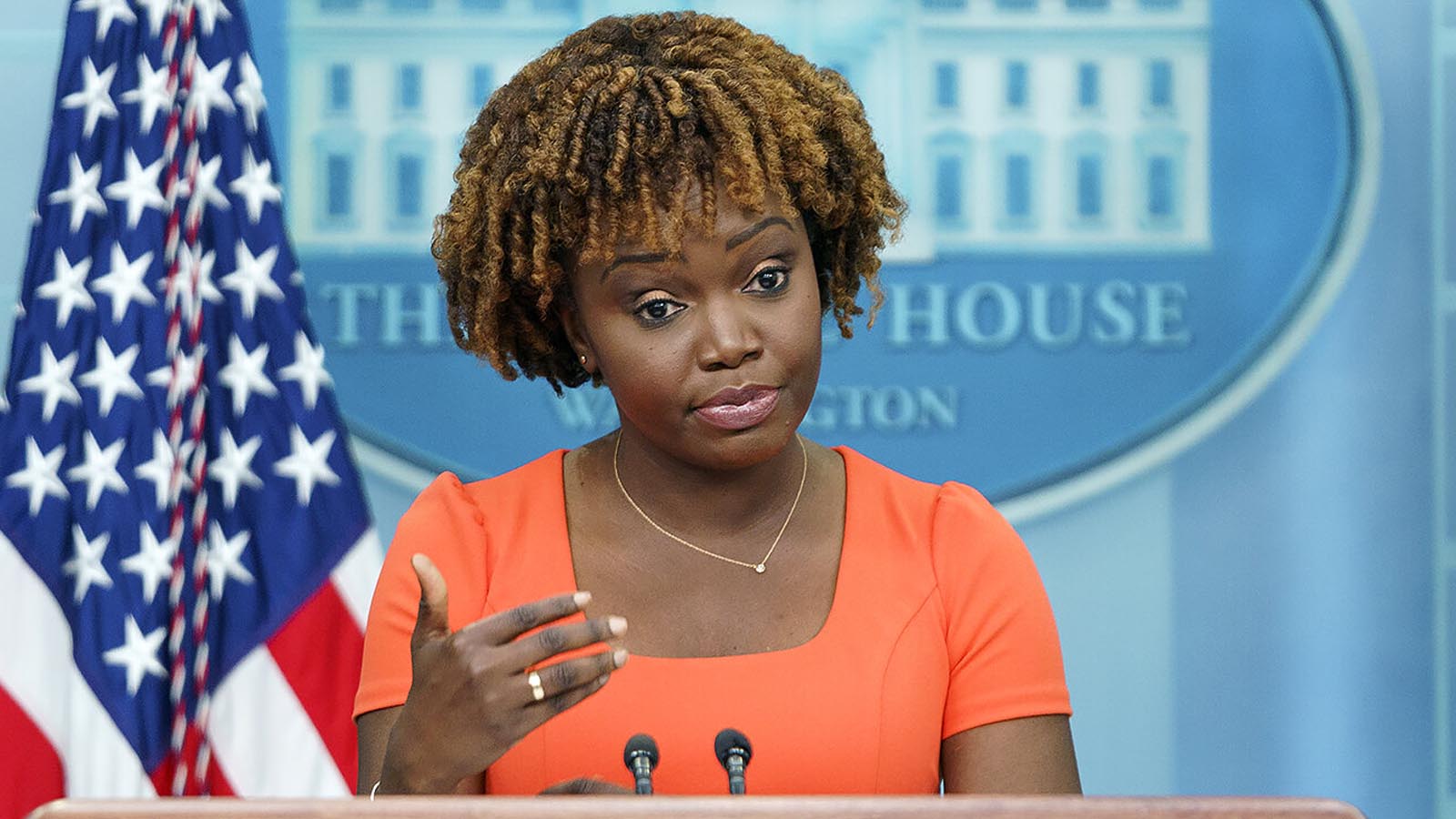 “So I have to be careful because I can’t — we do respect the Hatch Act and our strict limits from here,” she said at Monday’s daily White House briefing. “So, I want to be very, very careful.”

This was in response to a question about President Joe Biden’s campaign schedule. Then, in the same briefing, she spoke at length about what’s at stake in the November elections.

“The president takes what he has done in this time during his presidency, his tenure — just about 20-months tenure — very seriously and wants to talk about what he has done, what congressional Democrats have done to deliver for the American people,” Jean-Pierre said. But she wasn’t done.

“Yes, there is a lot at stake when you think about the national ban on abortion that Republicans — extreme Republicans want to do, taking away the rights of women, taking away a decision that is very difficult for women to make; when you think about what Republicans want to do with repealing the Inflation Reduction Act, which is going to lower costs or take away costs of what we were talking about, with lowering costs on healthcare, with lowering costs from … Medicare, being able to negotiate when it comes to fighting special interests,” she continued. “They want to take that away.”

Just before these campaign-like statements, Jean-Pierre said, “There is the Hatch Act. I am restricted on what I can say from the podium and from here.”

The Hatch Act is a 1939 law that restricts the overt partisan political activities of most federal employees. Its objective is to prevent campaigning at taxpayer expense, curb corruption, and limit the incumbent’s abilities to marshal the full force of the federal government on behalf of their political interests.

It’s always a delicate dance for the White House press secretary to remain in compliance with this law. The position has evolved into one that advances the political messaging of Hatch Act-exempt constitutionally elected officeholders who are politicians and, in the modern era, is usually held by political communications professionals. But the White House press secretary is not the president’s campaign spokesperson, even if they held that job or one like it before he was elected.

Under former President Donald Trump, members of the executive branch frequently found themselves on the wrong side of that line. The U.S. Office of Special Counsel found last year that more than a dozen White House and administration officials violated the Hatch Act, including former Secretary of State Mike Pompeo, chief of staff Mark Meadows, and press secretary Kayleigh McEnany. Counselor to the president Kellyanne Conway was repeatedly the subject of Hatch Act complaints, with dozens stemming from her Twitter account and television interviews alone.

Former press secretary Jen Psaki was hit with a Hatch Act violation for going too far in an answer about the 2021 Virginia governor’s race. (“We’re going to do everything we can to help former Gov. [Terry] McAuliffe, and we believe in the agenda he’s representing,” she said of the Democratic nominee.) After that, the Biden White House has tried to tighten up on election talk from the podium.

Still, Trump and Florida Gov. Ron DeSantis are both regularly attacked from the podium. They are Biden’s two likeliest 2024 opponents if he seeks reelection.

Congressional Republicans are frequently criticized for what they have done and not done. Congressional Democrats are routinely praised. All in an election year.

Jean-Pierre has not minced words about Dobbs v. Jackson Women’s Health Organization, the Supreme Court decision overturning Roe v. Wade and the right to abortion. She has also discussed the issue in explicitly partisan terms. “So, again, the assault on women’s access to reproductive healthcare by Republican officials is an assault,” she said on Monday.

Abortion is a legitimate object of public concern, and Jean-Pierre is, to some degree, relaying the Hatch Act-exempt president’s point of view. But abortion is also the top issue Democrats plan to use to beat back the red wave in November, and there is little daylight between her discussion of it and a typical Democratic campaign’s.

Psaki and Jean-Pierre both used terms such as “MAGA” and “ultra-MAGA” that were designed as campaign messaging for Biden and the Democrats, part of a strategy to put Trump on the midterm ballot effectively.

But the Hatch Act mainly seems to serve as a barrier to answering questions about Biden rather than the Democratic campaign message being preached from the podium.