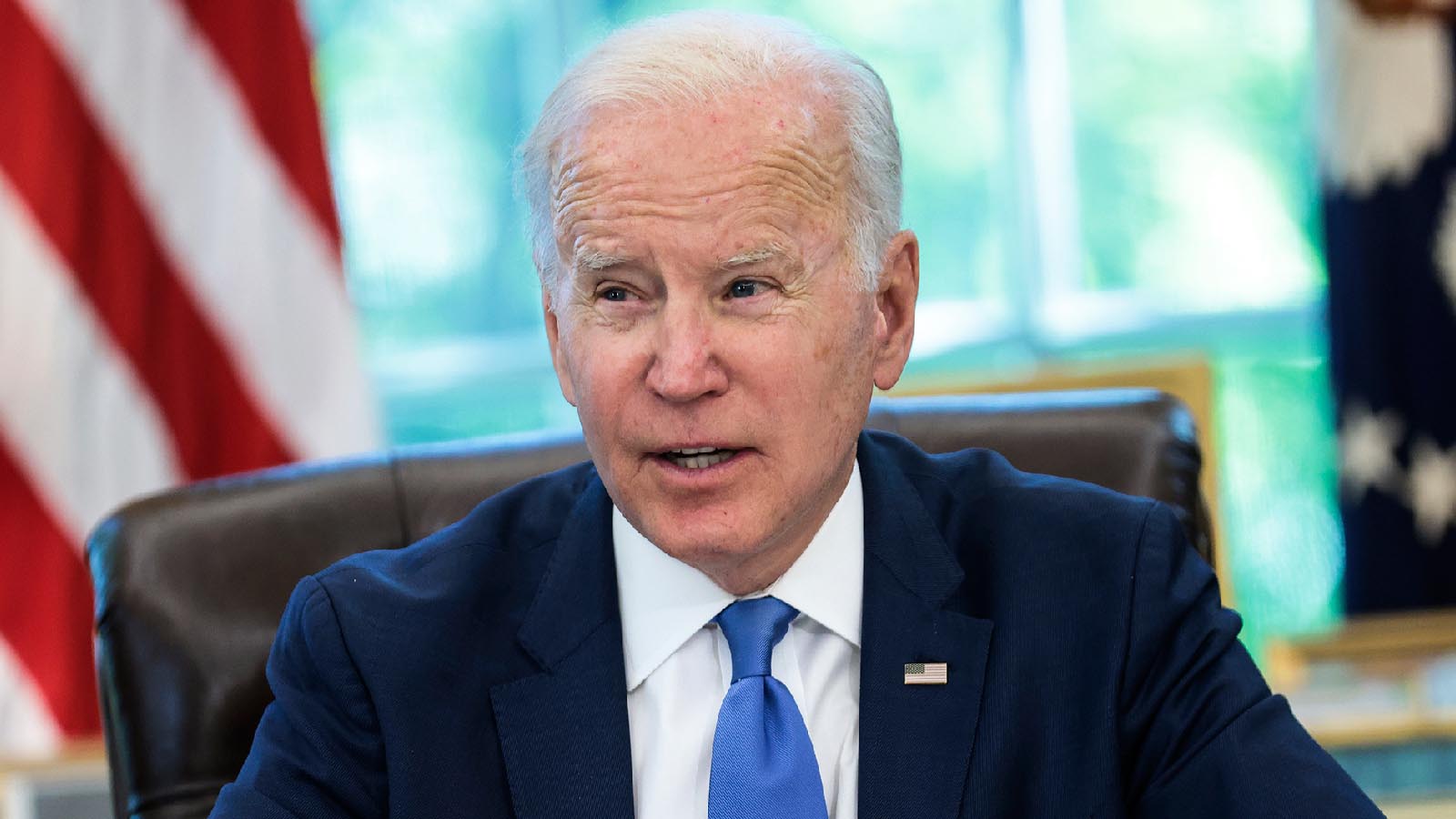 The White House backtracked Saturday from its Friday claims that there was no COVID-19 vaccine available in the United States when President Joe Biden took office.

“We previously misstated that vaccines were unavailable in January 2021. We should have said that they were not widely available,” the White House wrote in a Saturday tweet. “Vaccines became available shortly before the President came into office. Since then, he’s responsible for fully vaccinating over 200 million people.” 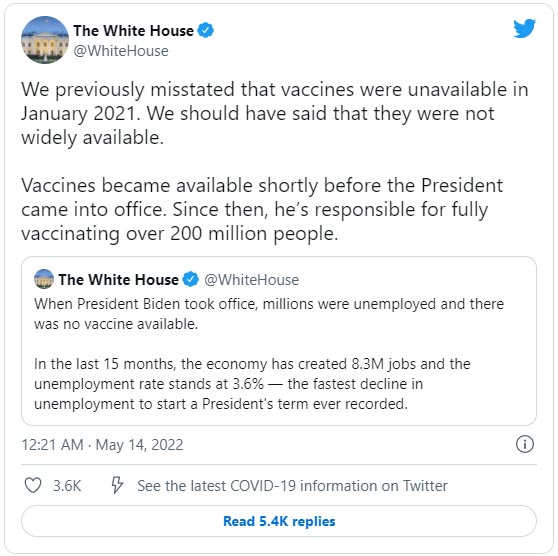 Earlier, the Biden administration had written in a Friday post on Twitter that when Biden took office, “millions were unemployed and there was no vaccine available.”

“In the last 15 months, the economy has created 8.3M jobs and the unemployment rate stands at 3.6% — the fastest decline in unemployment to start a President’s term ever recorded,” the Biden White House further claimed.

The Biden administration’s initial Twitter post provoked a flurry of online criticism pointing out its inaccuracy: The vaccine was available before Biden took office.

Biden himself got the vaccine before becoming President.

“Today, I received the COVID-19 vaccine. To the scientists and researchers who worked tirelessly to make this possible — thank you. We owe you an awful lot,” Biden wrote in a December 2020 tweet.

“And to the American people — know there is nothing to worry about. When the vaccine is available, I urge you to take it,” Biden wrote.

Today, I received the COVID-19 vaccine.

To the scientists and researchers who worked tirelessly to make this possible — thank you. We owe you an awful lot.

And to the American people — know there is nothing to worry about. When the vaccine is available, I urge you to take it. pic.twitter.com/QBtB620i2V

If there was “no vaccine available” as the Biden administration’s Friday tweet had initially claimed, then Biden should not have been able to get the vaccine.

“Sorry, not good enough. You spread COVID related misinformation and now must be banned. Isn’t that how it still works?” Republican Virginia House Delegate Nick Freitas tweeted in response to the White House’s Friday post on Twitter.

“I am a health care worker had my vaccine in 12/20 so yes they were available to all the men and women who worked so very hard during the pandemic,” one Twitter user wrote.

Operation Warp Speed helped develop a system that the Biden administration widely depended on for its immunization goals for the country.

Several “wins” touted by the Biden administration in the vaccination front of the nation’s fight against the pandemic are directly linked to work done by the Trump administration, the outlet reported.