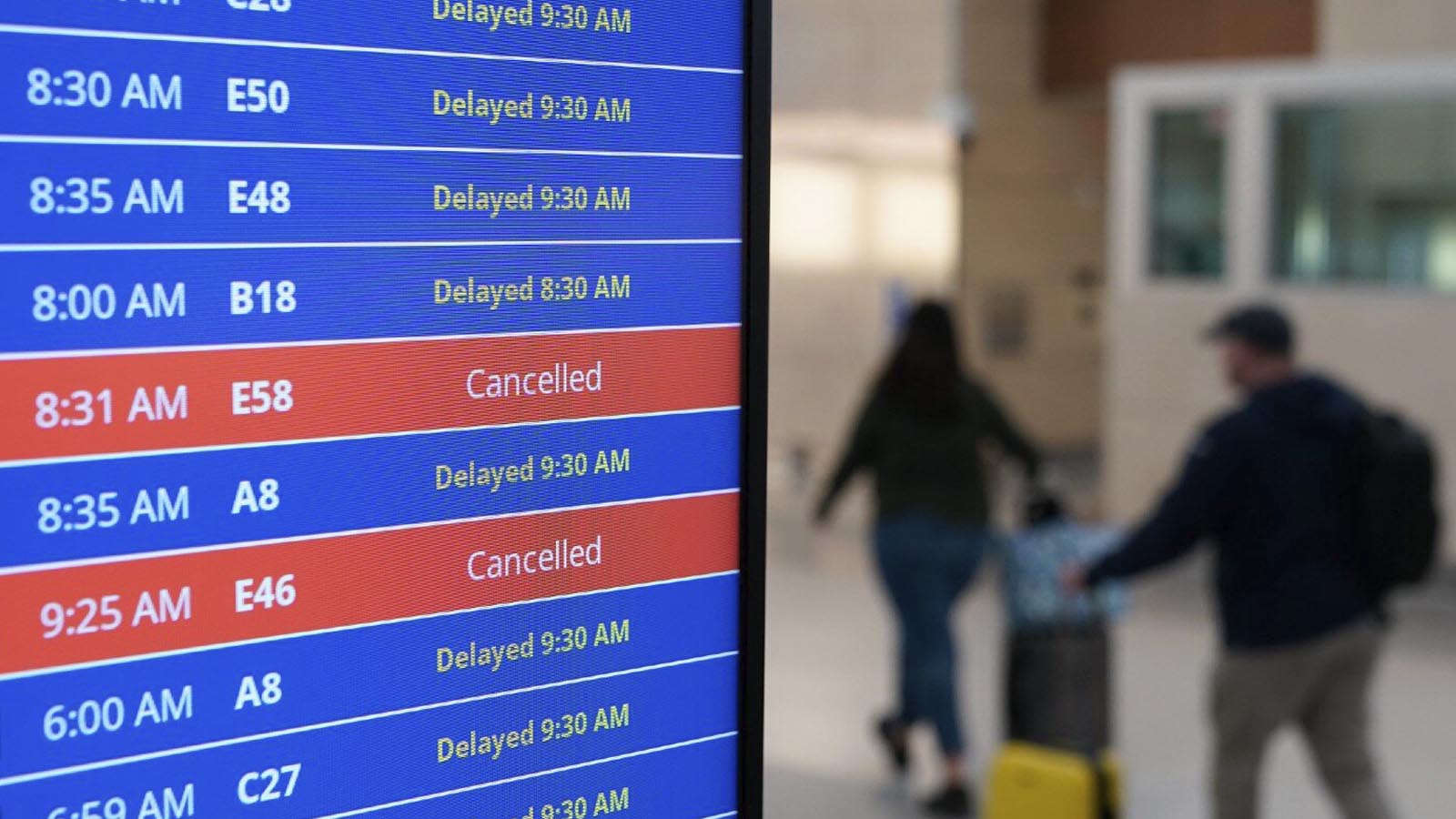 After all flights in the U.S. were grounded early Wednesday morning over a system failure, the Federal Aviation Administration said it traced the issue back to a “damaged database file.”

“The FAA is continuing a thorough review to determine the root cause of the Notice to Air Missions (NOTAM) system outage,” the FAA said in a statement Wednesday night. “Our preliminary work has traced the outage to a damaged database file.”

“At this time, there is no evidence of a cyber attack,” the statement continued. “The FAA is working diligently to further pinpoint the causes of this issue and take all needed steps to prevent this kind of disruption from happening again.”

We are working diligently to further pinpoint the causes of this issue and take all needed steps to prevent this kind of disruption from happening again. (2/2)

At my direction, FAA is continuing its system review. Preliminary work has traced the issue to a damaged database file, with no evidence of a cyber attack.

FAA will continue its work to further pinpoint the sources of this issue and steps to prevent it from occurring again.

Lawmakers blasted Buttigieg after the grounding, which was the latest incident in a string of transportation disasters to happen under his leadership.

This is completely unacceptable. Secretary Buttigieg has been focused more on "racist roads" than on making sure our transportation is reliable.

Which is, you know, his job.

He has failed every major test as Transportation Secretary. https://t.co/npT7zwkb9Z

He was never remotely qualified for this role.

Making acronyms more “inclusive” by renaming the NOTAM system from “Notice to Airmen” to “Notice to Air Missions.” I wish I was joking.

Wokeism is a disease. Next time, try doing your job, Pete.

The American people deserve answers on why domestic flights were grounded NATIONWIDE in light of the FAA’s recent technological issues. We’ve faced one transportation crisis after another under Transportation Secretary Buttigieg's failed leadership. https://t.co/f8FPiByFUZ