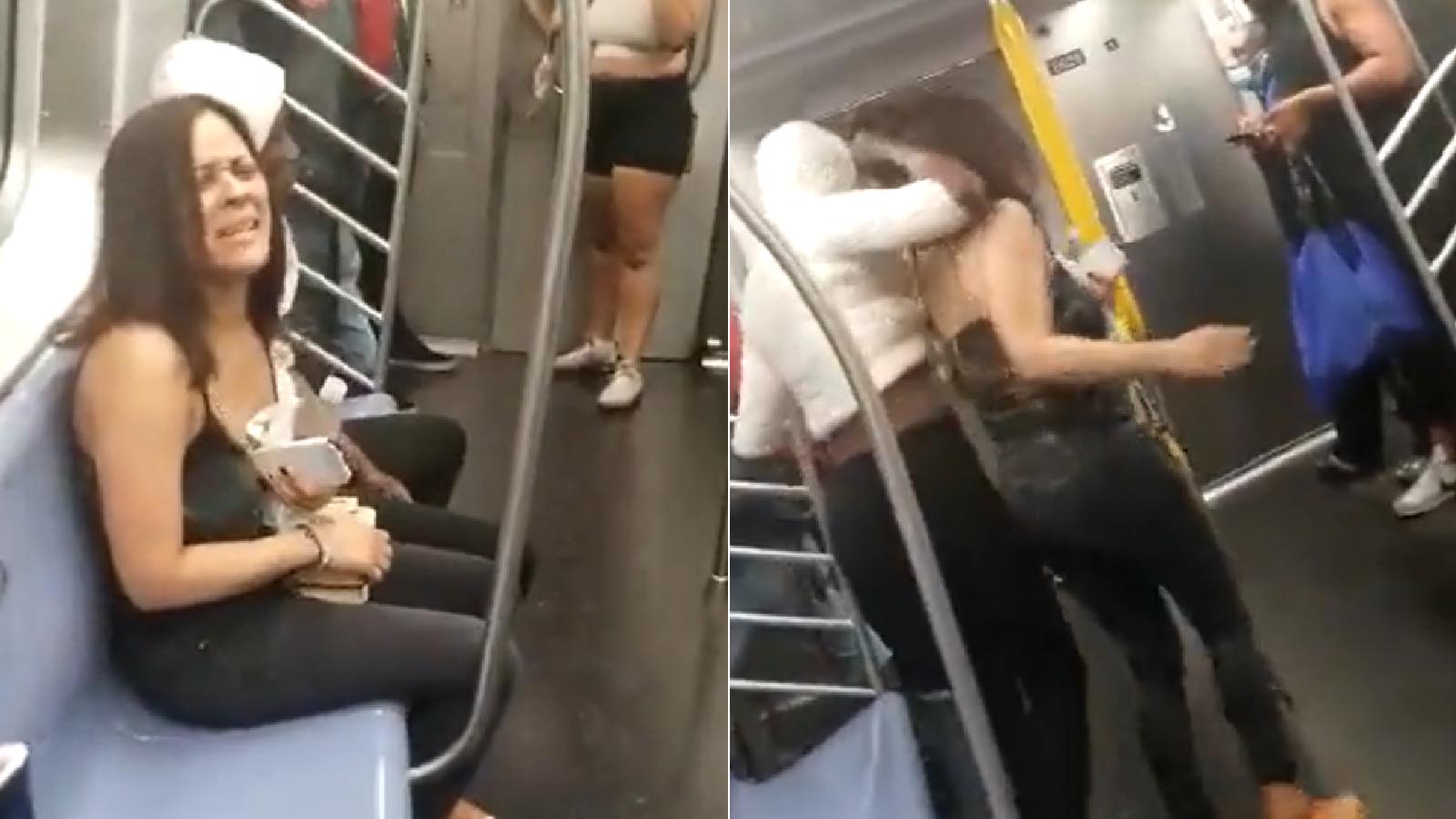 Sometimes you have to wonder what is going on in people’s minds.

A shocking video has gone viral of a woman being assaulted by a crazy person on the New York City subway.

The assault is shocking enough, with the woman pleading for help from the people around her after the crazy man grabs her hair.

What’s more shocking is what the people do in response: nothing.

A man in black leggings and a white hoodie starts ranting and then walks over to the seat. Two women who are sitting there try to move away from him, realizing he’s crazy. But the woman closest to him isn’t fast enough, as he grabs her by the hair and forces her to sit down. Then seconds click away, as she pleads “Help! Help!” and no one does anything. A man prays; it’s not clear who that is. Almost half a minute goes by and you realize how long that is as you watch the video, hoping someone does something and that the man doesn’t have a knife or doesn’t hurt her more.

Then the man rises abruptly, screaming, “Get up!” at the woman, before shoving her toward the end of the subway car. Then he heads off down the car in the other direction. He sits down near another lady, who doesn’t move. Then he gets up, jumps up on a seat, and then starts kicking at a subway window.

As someone who has ridden the subway a lot when I was working and going to school in New York City, I saw a lot of crazy people ranting on the subway. I’ve even had a few try to confront me. Generally, people try to avoid them and not confront them. But how do you do nothing when he’s grabbing a woman and she’s pleading for help? How do you not at least try to distract him away from the woman? Or even call for the police for help? The man who filmed it noticed what was going on, but he didn’t intervene either. The Daily Dot was the first to post about it, citing a Reddit post from Reddit user u/riverdale-74.

It reminded me of the story I wrote in 2021 of the man who raped a woman on a SEPTA train in Philadelphia. The assault lasted through 27 stops and 40 minutes, while people filmed and did nothing.

Fortunately, the woman in this case wasn’t hurt further. The train stopped, and the crazy man got off and disappeared into the crowd on the platform.

The Daily Mail inquired of the police department about the incident. Their response says something else again about New York City. The police said they were looking into it, but that no one had reported the incident to the police. How do you not report that, knowing that there’s a crazy person that just grabbed a woman? And what happens when the crazy person grabs the next person?