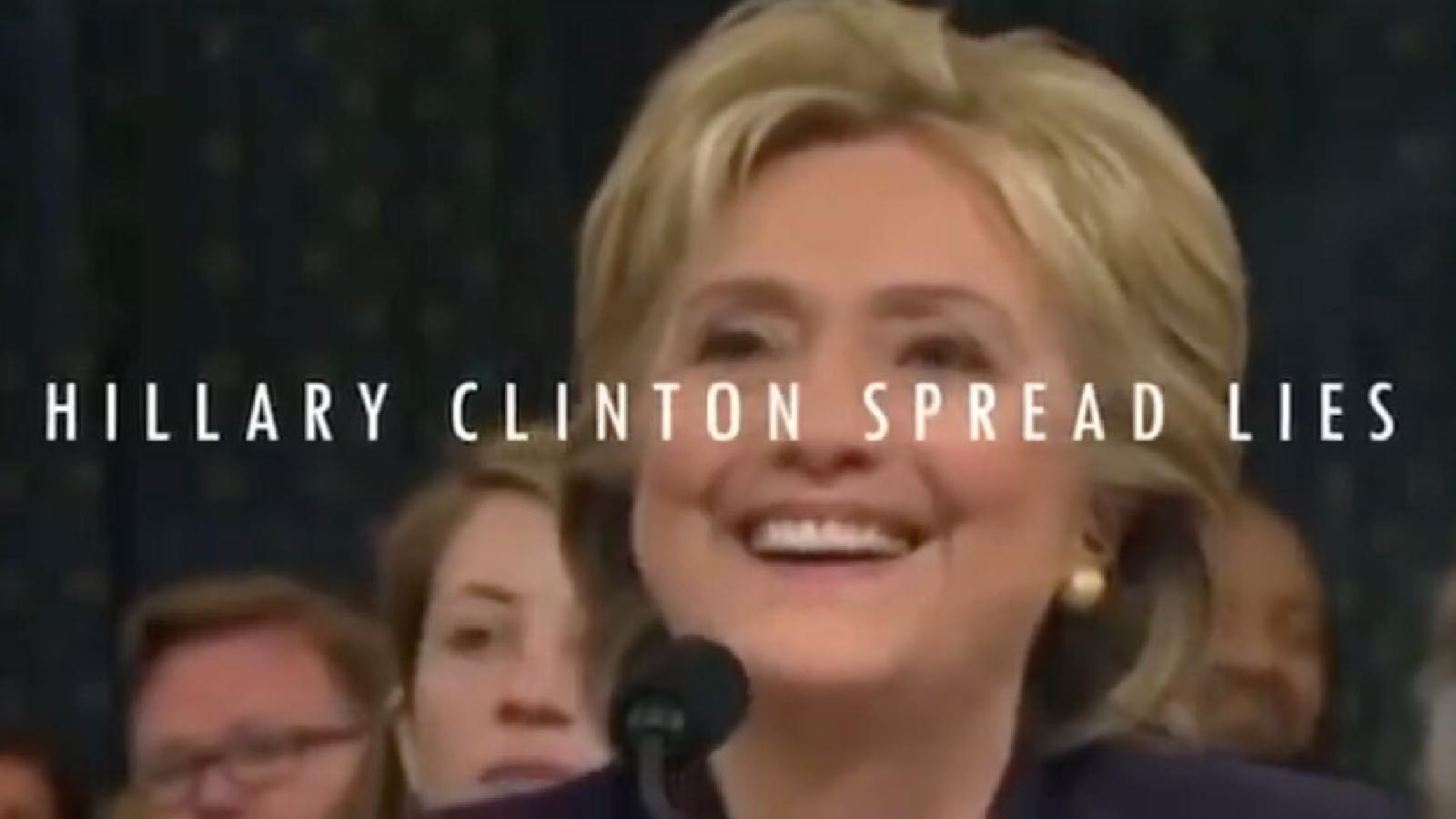 The ad opens with a clip of Clinton speaking during the 2016 presidential debate.

“It is awfully good that someone with the temperament of Donald Trump is not in charge of the law in our country,” Clinton had said.

Trump responded with “because you’d be in jail.”

The ad then transitions to a series of recent clips breaking the news that former campaign manager Robby Mook testified Clinton herself personally approved the dissemination of the Trump-Alfa Bank connections to the media despite concerns of faulty evidence.

The ad then transitions to chants of “lock her up” with pictures of Clinton before Trump is heard saying “the collusion delusion is over.”

Mook testified Friday in special counsel John Durham’s case against former Clinton campaign lawyer Michael Sussmann that general counsel Marc Elias first informed him of the Alfa Bank situation, noting the Clinton campaign was unsure whether the data was legitimate. Mook testified the campaign discussed whether they should disseminate the information to reporters, with Clinton herself personally approving the send out.

“I discussed it with Hillary as well,” Mook said, according to Fox News. “I don’t remember the substance of the conversation, but notionally, the discussion was, ‘hey, we have this and we want to share it with a reporter.’”

He then said that “she [Hillary Clinton] agreed” to have the information released to the media.