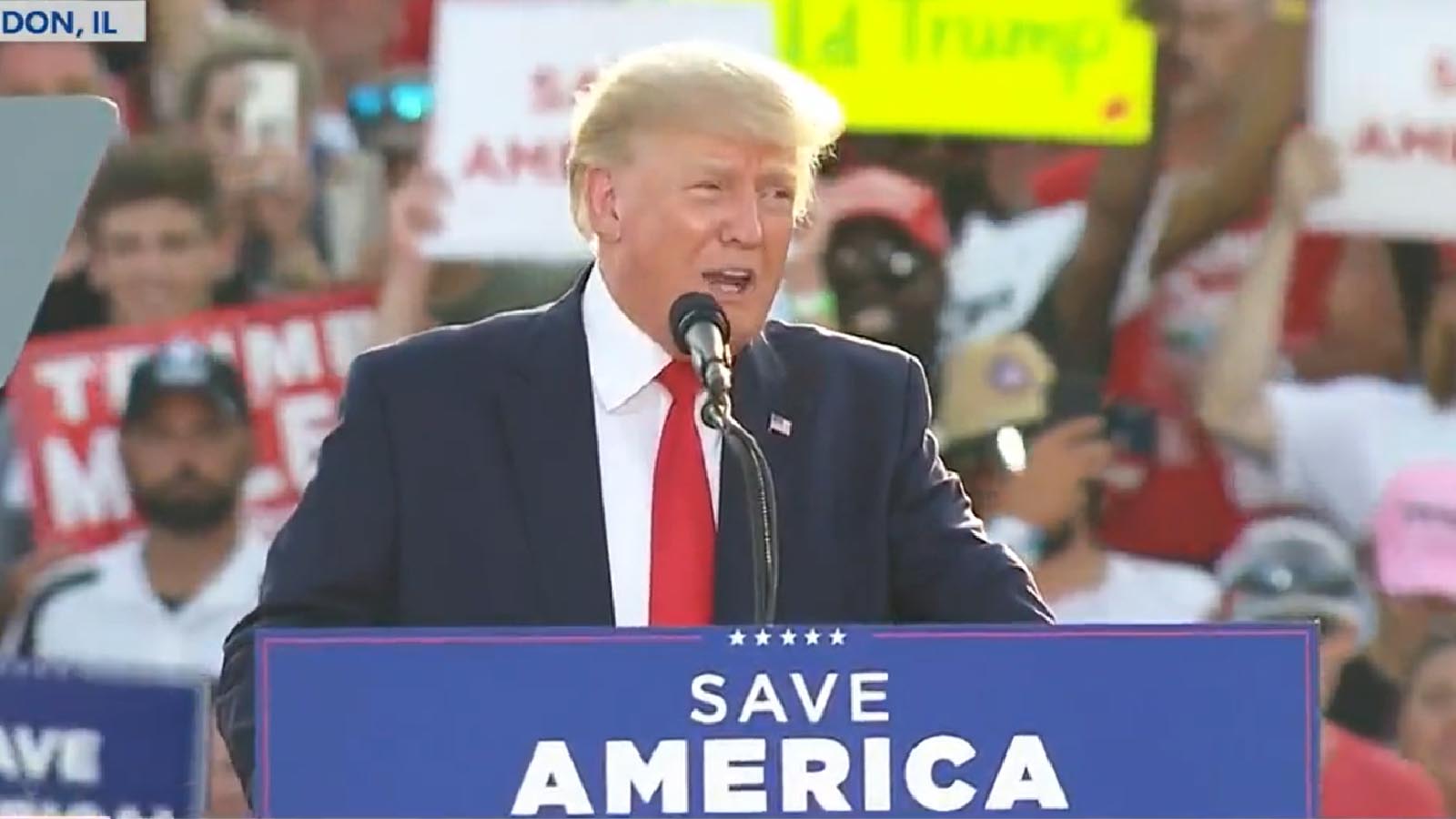 Former President Donald Trump held a rally in Quincy, Illinois, on Saturday night and it didn’t take long for him to ignite the crowd.

Trump has endorsed Miller leading up to Tuesday’s primary, which she said was “huge” for her campaign.

“I’m an America first supporter. I’ve been with him from the very beginning” and noted that “it’s an America first district. I’ve got a lot of grassroots support, and the Trump rally’s just building momentum,” Miller said.

When Trump got on stage, the crowd erupted after he mentioned Roe v Wade being overturned by the Supreme Court.

“This is following the Constitution, and giving rights back when they should have been given long ago,” Trump said following the ruling. “I think, in the end, this is something that will work out for everybody.”

The nation’s highest court has voted 6-3 in favor of overturning Roe v Wade, the landmark case that legalized abortion.

“The Constitution does not confer a right to abortion; Roe and Casey are overruled; and the authority to regulate abortion is returned to the people and their elected representatives,” a syllabus of the opinion said.

Justice Samuel Alito, as expected, wrote the majority opinion that tossed out Roe. He was joined in that judgment by the five other conservatives on the high court, including Chief Justice John Roberts.

The court’s three liberal justices filed a dissenting opinion to the ruling.

In early May, a draft majority opinion written by Justice Samuel Alito was leaked to Politico and it set off a firestorm.

“Roe was egregiously wrong from the start,” Alito writes.

“We hold that Roe and Casey must be overruled,” he writes in the document. “It is time to heed the Constitution and return the issue of abortion to the people’s elected representatives.”

“We, therefore, hold the Constitution does not confer a right to abortion. Roe and Casey must be overruled, and the authority to regulate abortion must be returned to the people and their elected representatives,” Alito writes in the document, labeled the “Opinion of the Court.”

Soon after Alito’s draft majority opinion leaked, it’s assumed there were at least 5 votes in favor of overturning Roe v Wade, leaving state legislators to weigh their own abortion policies.

Texas GOP Sen. Ted Cruz also offered his opinion of who he believes the “leaker” could be.

Prior to the official ruling being announced, Supreme Court officials launched a probe into identifying the source of the leaked draft opinion, which included asking law clerks to provide cell phone records and sign affidavits.