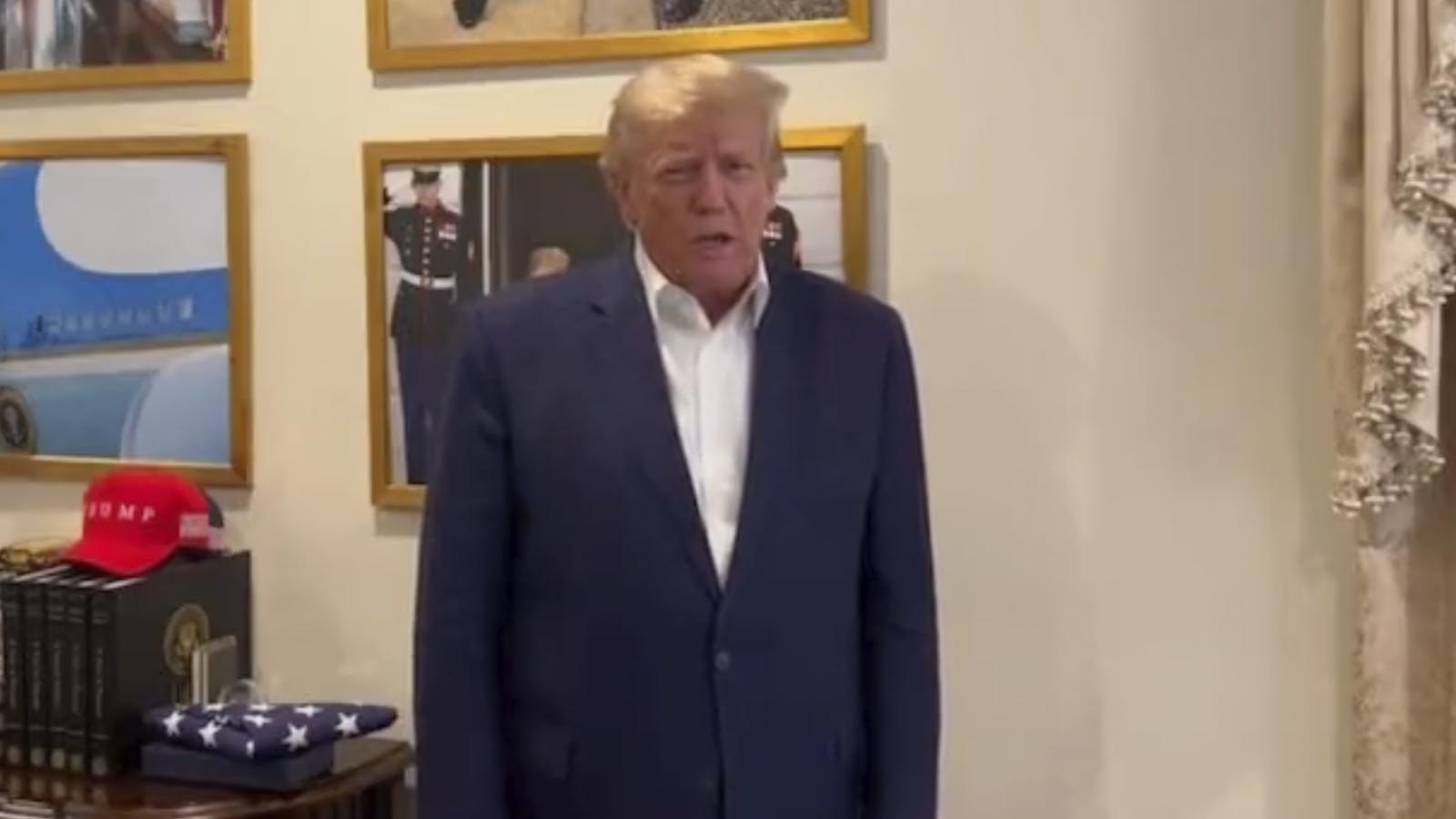 Below is the transcript:

People have been treated unconstitutionally, in my opinion, and very, very unfairly. And we’re going to get to the bottom of it. And you know what I’ve said I take it very seriously. I have never seen anything like it at all levels. It’s the weaponization of the Department of Justice.

“If I win, we will treat those people from January 6 fairly. We will treat them fairly. And if it requires pardons, we will give them pardons. Because they are being treated so unfairly. This hasn’t happened to all the other atrocities that took place. Nothing like this has happened. What that Un-Select Committee is doing and what the people are doing that are running those prisons, it is a disgrace!” Trump said.

Jake Lang and J6Legal.org released a powerful video this week on January 6, 2021, protests in Washington, DC.

Dozens of Americans, including Jake Lang, have been held in prison without trial for over 600 days now.