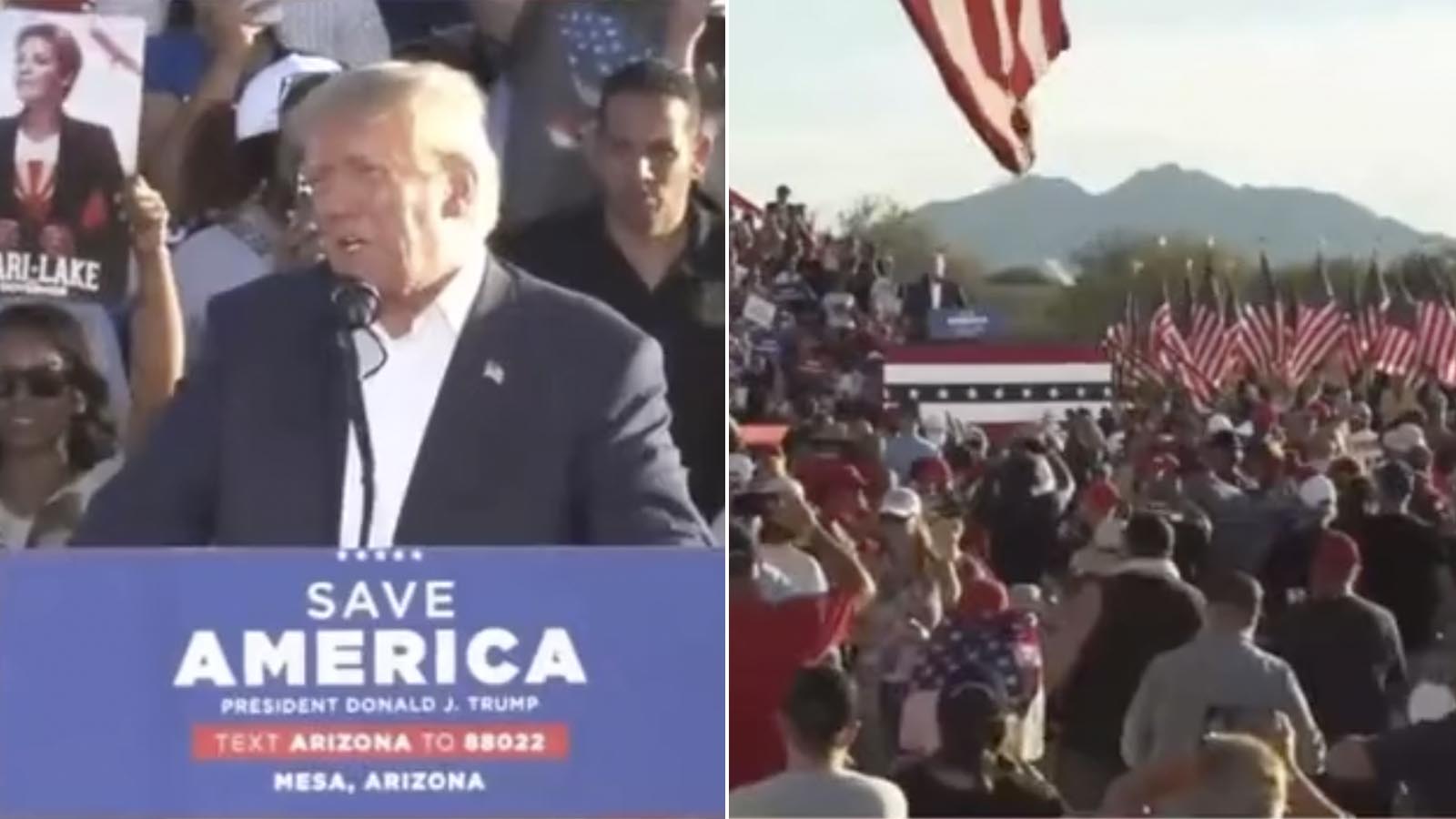 Speaking Sunday at a rally for the Arizona GOP, Donald Trump endorsed gubernatorial candidate Kari Lake who is facing off against Democrat rival Katie Hobbs and Blake Masters who is up against incumbent Senator Mark Kelly.

“It’s wonderful to be back in Arizona with 1000s of proud hardworking American patriots. You are amazing people.

This is a fantastic state. 30 days from now the people of Arizona are going to fire your radical and highly incompetent Senator Mark Kelly—he’s grossly incompetent,” Trump said.

Trump: "You're going to send desperately needed Blake Masters … to the US Senate … And you're going to make an incredible woman, incredible Kari Lake, your next governor." pic.twitter.com/sW9PN8K9TV

Speaking of Blake Masters, Trump said he’s “desperately needed” and “he’s a tremendous guy, and he’s the smart one too, that’s what you need.”
At a debate on Thursday, Masters slammed Kelly over his vote for the Inflation Reduction Act. “Mark Kelly said no to 18,000 more Border Patrol agents, but yes to 87,000 new IRS agents. That shows you what his priorities are. Mark Kelly left our southern border wide open, voted for all the trillions in spending that caused this massive inflation, and he thinks the fix is 87,000 new IRS agents.”

On Saturday Kari Lake was kicked out of the audience at her own race’s town hall event, during which her Democratic opponent, Katie Hobbs, refused to take the stage with Lake present. After a brief confrontation between Lake, who requested to take the stage alongside her rival, and the event’s moderator, the gubernatorial hopeful was forced to leave the auditorium for the forum to begin.

“Look at the crowd that you drew Kari,” Trump said, noting the large gathering at the event.

“They’re here for you and Blake and all of the Republicans you’re going to elect—a truly amazing America first Republican group —we’re going to do a straight up and down,” Trump said of the ballot.

“We don’t want crime. We want a strong military. We want low taxes. We want a great education,” Trump said of the candidates uniting the GOP.

Trump: "When Biden got up with a bad sinister background and he talked about how bad MAGA was, I said 'Does anybody want to ask him if he understands what that means?'" pic.twitter.com/JQhS4KWYbn