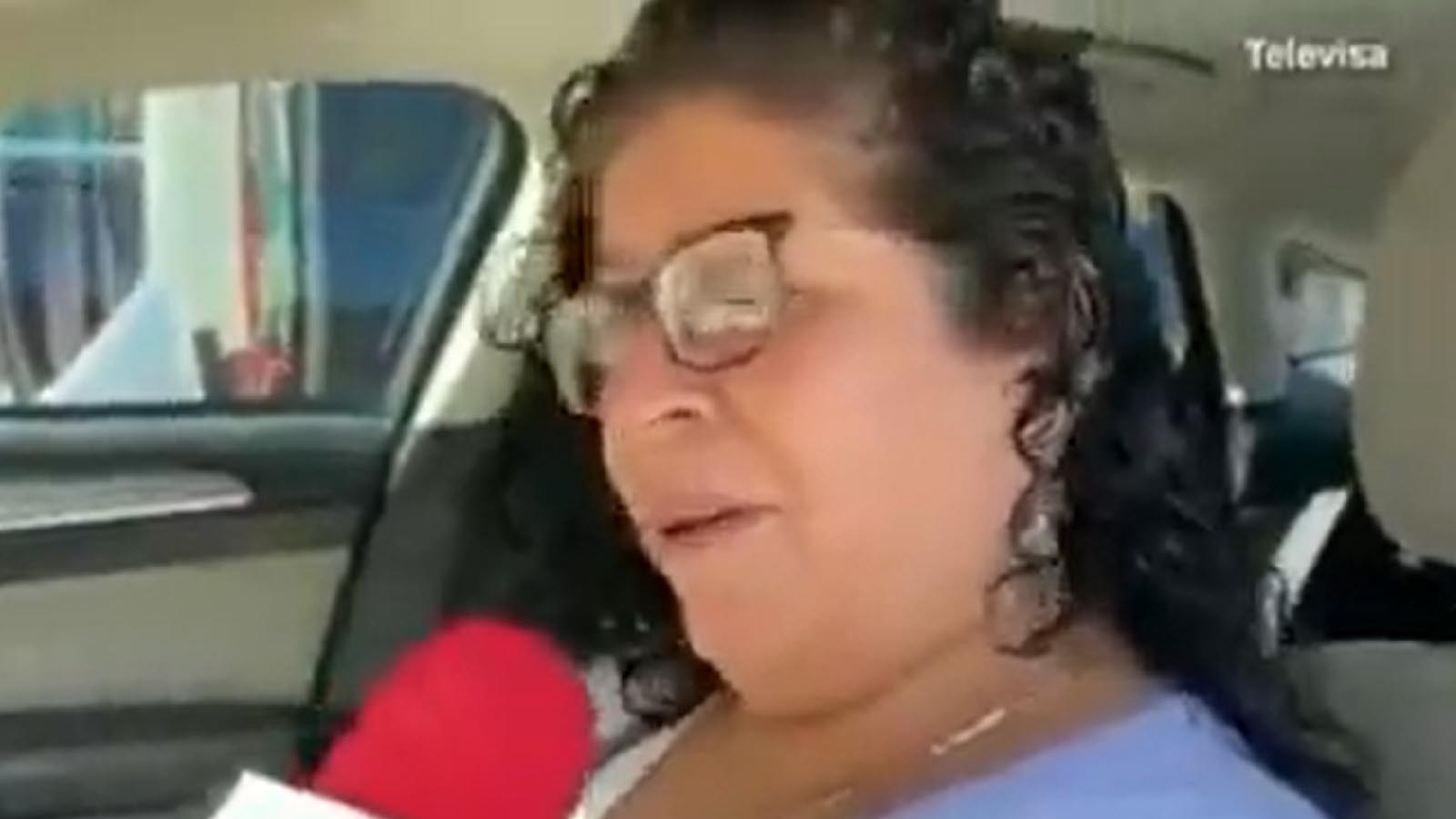 The mother of the Texas school shooter who massacred 19 children and two teachers pleaded on Friday for victims to “forgive me, forgive my son.”

Adriana Martinez, the mom of deranged 18-year-old gunman Salvador Ramos, wept in her car as she insisted she had no idea what led her son to snap — though she added that he must have had his “reasons.”

“I have no words to say, I don’t know what he was thinking,” Martinez told the Spanish-language station Televisa.

Asked what “reasons” he could have had, she said, “To get closer to those children instead of paying attention to the other bad things. I have no words. I don’t know.”

Ramos, 18, killed 21 people with a semi-automatic rifle at Robb Elementary School in Uvalde on Tuesday. At least 17 others — including his grandmother who was shot in the face — were injured.

Martinez, who was pictured by Fox News praying on the porch of her parents’ Uvalde home, has previously insisted Ramos was “not a violent person” but could get “aggressive” when angry.

Her father has said the teen was living with him and his wife because he “had problems” with his mom.

Martinez was seen outside her home in Uvalde Friday — with the property now bearing several “NO TRESPASSING” signs on the gates leading up to the driveway.

A neighbor told The Post that Martinez lived with a man at the home for years but he wasn’t sure if it was the teen’s father or just a boyfriend.

“I just knew someone lived with her and they would argue,” he said Friday. “The arguments didn’t happen all the time, but when they would yell at each other, cops would come. I wouldn’t say that happened throughout Salvador’s whole life because once that guy was out of their lives, nothing really went on. Things were mostly quiet again.”

Ramos’ grandparents, however, were always around the home, the neighbor said.

“The grandpa is a very hardworking man and it’s sad some people are blaming him for what happened. Grandma was always cleaning the yard, fixing things all the time,” he said. “She just built a little tiny house on the property that was just completed a few months ago. I feel for them. I see some people bashing them and it’s not fair.”

Looking at his own young son, the neighbor choked back tears as he talked about Tuesday’s carnage.

“When those kids were born, their parents laid down with their child without even a slight thought that something like this would ever happen. It just breaks my heart,” he said.

“I’d rather Uvalde stay unknown and this not happen. They are talking about our little town all over the news. My hometown is going viral but for the worst reason possible.”

Ramos’ father, who has the same name, has also spoken out, saying he is “sorry [for] what my son did.”

The father told the Daily Beast he had not been in his son’s life much of late due to his job away from Uvalde.

He said he had also been away from his son due to the pandemic as he did not want to expose his own mother — who is suffering from cancer — to the virus. The COVID-19 restrictions strained the duo’s relationship, with his son refusing to speak to him about a month ago.

The two hadn’t seen each other since, he said.

Still, the elder Ramos insisted his son “was a good person,” saying he dropped out of high school because he was bullied over his clothes.

“He was a quiet person, stuck to himself. He didn’t bother nobody. People were always bothering him,” the father said.