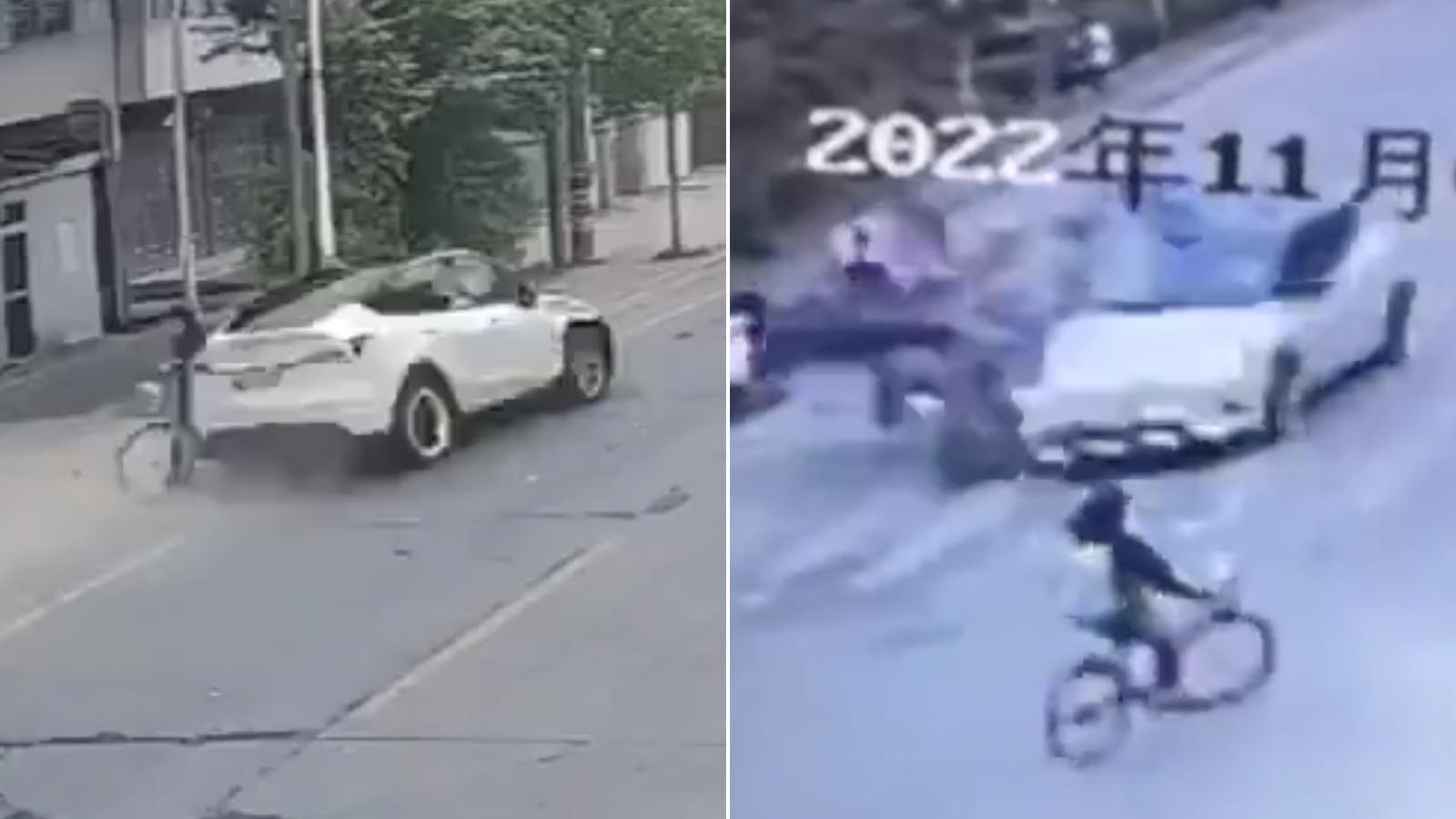 Controversy has emerged in the aftermath of an accident in China in which a speeding Tesla was caught on camera zipping through the streets.

Two people were killed and three were hurt in the Nov. 5 incident in Chaozhou, according to Yahoo.

Video shows the Tesla clipping a bicyclist and slamming into a delivery vehicle before hitting a building.

This video of a Tesla trying to park and instead taking off at high speed, killing two people seems to keep getting deleted, weird!
pic.twitter.com/SGEcZcx6Zq

The driver of the car, identified in local media only as Zhan, blames Tesla, claiming he tried to apply the brake but it would not engage.

“I felt the car was malfunctioning, so I pressed the park button, but it began to accelerate,” Zhan told the Dahe Daily.

“Suddenly, I was racing ahead, and I tried the brakes repeatedly. There were others on the road. A motorcycle was ahead of me, so I swerved the steering wheel.”

“After I lost control of the car, I immediately began searching for an obstacle to crash into,” he added. “I continued to try the brakes to see whether they would start working and stop the car. I was thinking about where to crash, but my reactions couldn’t keep up with the speed.”

Tesla pushed back on the allegations.

“The vehicle’s electronic throttle was depressed deeply for long periods and held at 100 percent for a time,” the company said in a statement. “There was no braking action during the whole process. Please also do not listen to rumors, and do not spread unconfirmed information.”

Tesla said its review of the videos of the car’s mad dash showed that the brake lights were never on.

Tesla said it will assist Chinese police in investigating the accident, according to Reuters.

“Police are currently seeking a third party appraisal agency to identify the truth behind this accident and we will actively provide any necessary assistance,” the company said in a statement.

Tesla told Reuters that allegations of brake failure in China are nothing new.

The company said a Chinese car owner was ordered by a court to publicly apologize and compensate Tesla after it was determined that comments he had made about a Tesla’s brakes were not factual and harmed the company’s reputation.