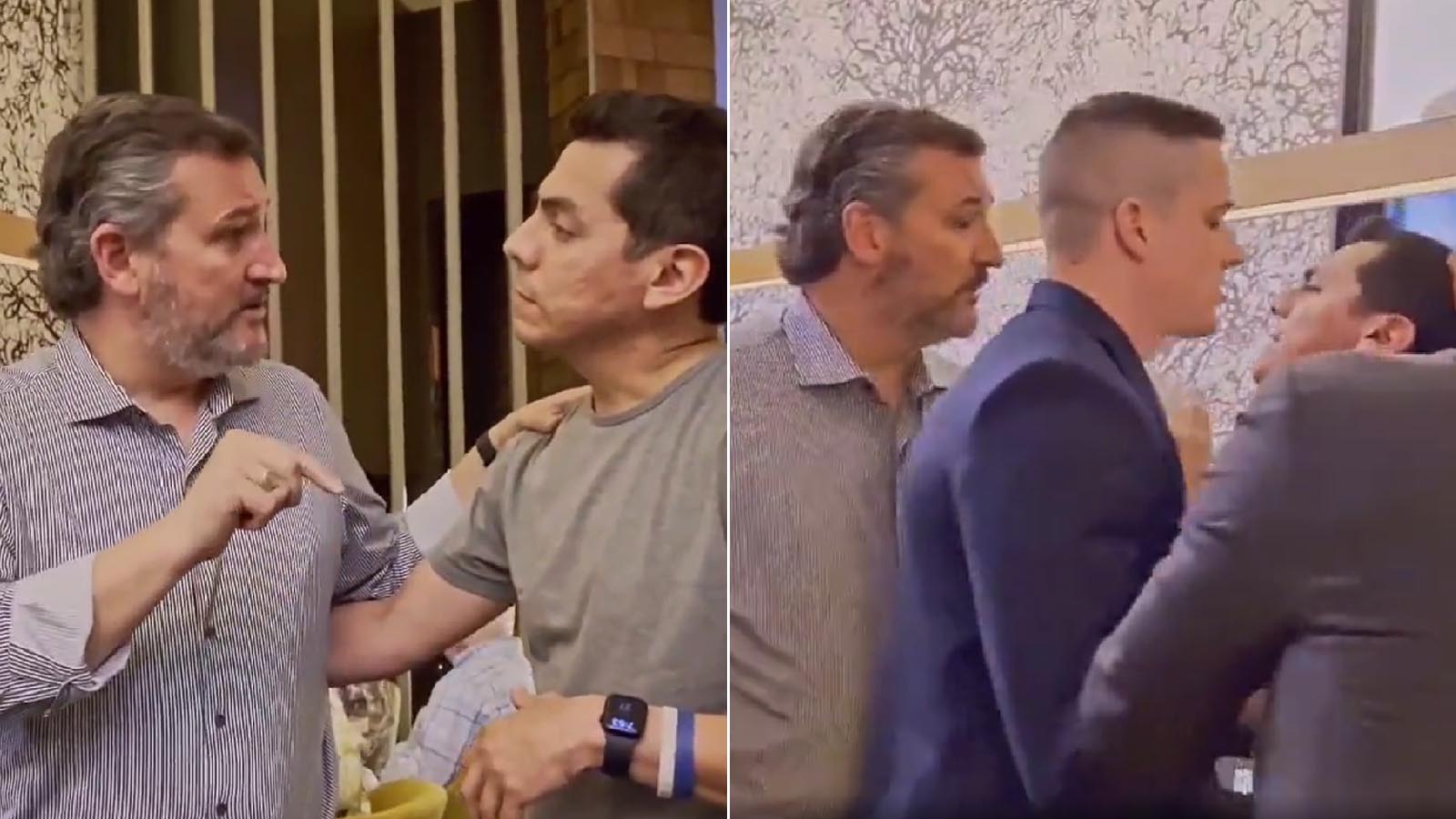 Sen. Ted Cruz was just trying to enjoy a nice dinner out when a woke liberal felt he needed to confront Cruz with his unwanted opinion on gun control.

Following Cruz’s speech at the National Rifles Association convention in Houston, the senator was heckled by Benjamin Hernandez, a member of the activist group Indivisible.

Hernandez approached Cruz and taunted him for his stance on being an advocate for gun rights.

A video shows Hernandez getting right up in Cruz’s face in the middle of a restaurant full of diners, demanding Cruz to support gun control laws.

Cruz tried to argue with Hernandez but struggled to speak over the man who was berating him with questions.

At one point Cruz said there are many laws he would support to curb gun violence, but not the ones proposed by Democrats.

According to witnesses, just before the altercation, Hernandez first went up to Cruz to ask for a photo, but then continued to make a scene.

Before security had to pull Hernandez away from the senator, he can be heard saying “We can make it harder for people to get guns in this country. You know that. You know that, but you stand here. You stand at the NRA convention… It is harder, it is harder when there are more guns to stop gun violence.”

Appears to be about Ted’s appearance at the NRA Convention pic.twitter.com/AcUzuXHsEX

During Cruz’s NRA speech, he vowed to protect the Second Amendment saying “taking guns away from these responsible Americans will not make them safer, nor will it make our nation more secure.”