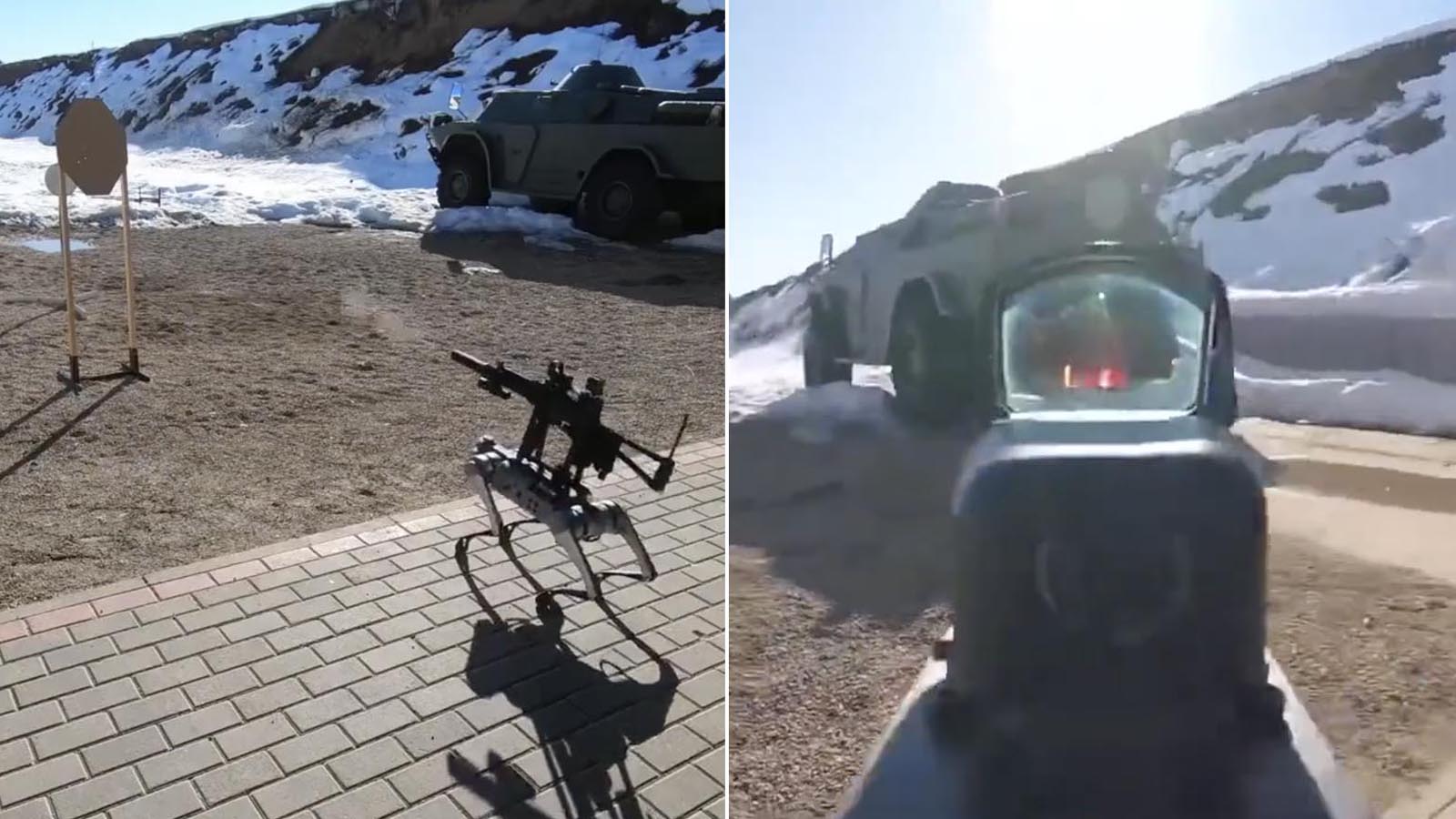 This week, the internet got a glimpse of the Globalist’s vision for Agenda Dystopia 2030, and, unsurprisingly, it’s nothing short of a “Black Mirror“-style nightmare.

On Friday, a video of a robotic dog firing bullets from a machine gun mounted on its back began circulating online, terrifying those who witnessed it in action. In the short amount of time it has been on Twitter the footage has already amassed over 7.6 million views and 27,000+ retweets.

The robot featured in the video looks similar to the one that was released by Boston Dynamics, however, it is unclear if they are the ones who manufactured it. Similar versions of robot dogs have already been put into action by municipalities across the United States, however, none of them were equipped with anything close to automatic weapons.

In the video, the updated robodog can be seen aiming at targets autonomously and firing its rear-mounted machine gun. Recoil from the weapon knocks the small robot backward, but it is able to self-correct itself and readjust to the target.

No way else to put it – this is straight nightmare fuel. And several Twitter users agreed, with an overwhelming number voicing their concerns after viewing the video. Both sides seem to be in agreement – “this needs to be illegal as of yesterday,” many opined.

Those funny-looking robodogs – not so cute anymore, eh?

“All the people who laughed off the “worrywarts” years ago for freaking out about the Funny Dancing Robot Dogs ™ should be forced to watch this video once a day for the remainder of the year.”

All the people who laughed off the “worrywarts” years ago for freaking out about the Funny Dancing Robot Dogs ™ should be forced to watch this video once a day for the remainder of the year. pic.twitter.com/WBIrlGah3w

It’s also worth pointing out that the targets it’s aiming at are sized to mimic hitting the center mass of what looks to be an adult male (the target is wide and round at about 5.5 feet high). Is that just because those are the targets that were on the range? or are they perfecting the targeting system?

Either way, this was always the inevitable outcome of this type of technology. If things continue the way they are going, it is only a matter of time until these things replace law enforcement officers as the tyrannical enforcers of the New World Order.

After all, the previous version is already patrolling the ancient streets of Pompeii, as well as New York, Hawaii, and other places. Surely, an update to the new version is in the works soon.