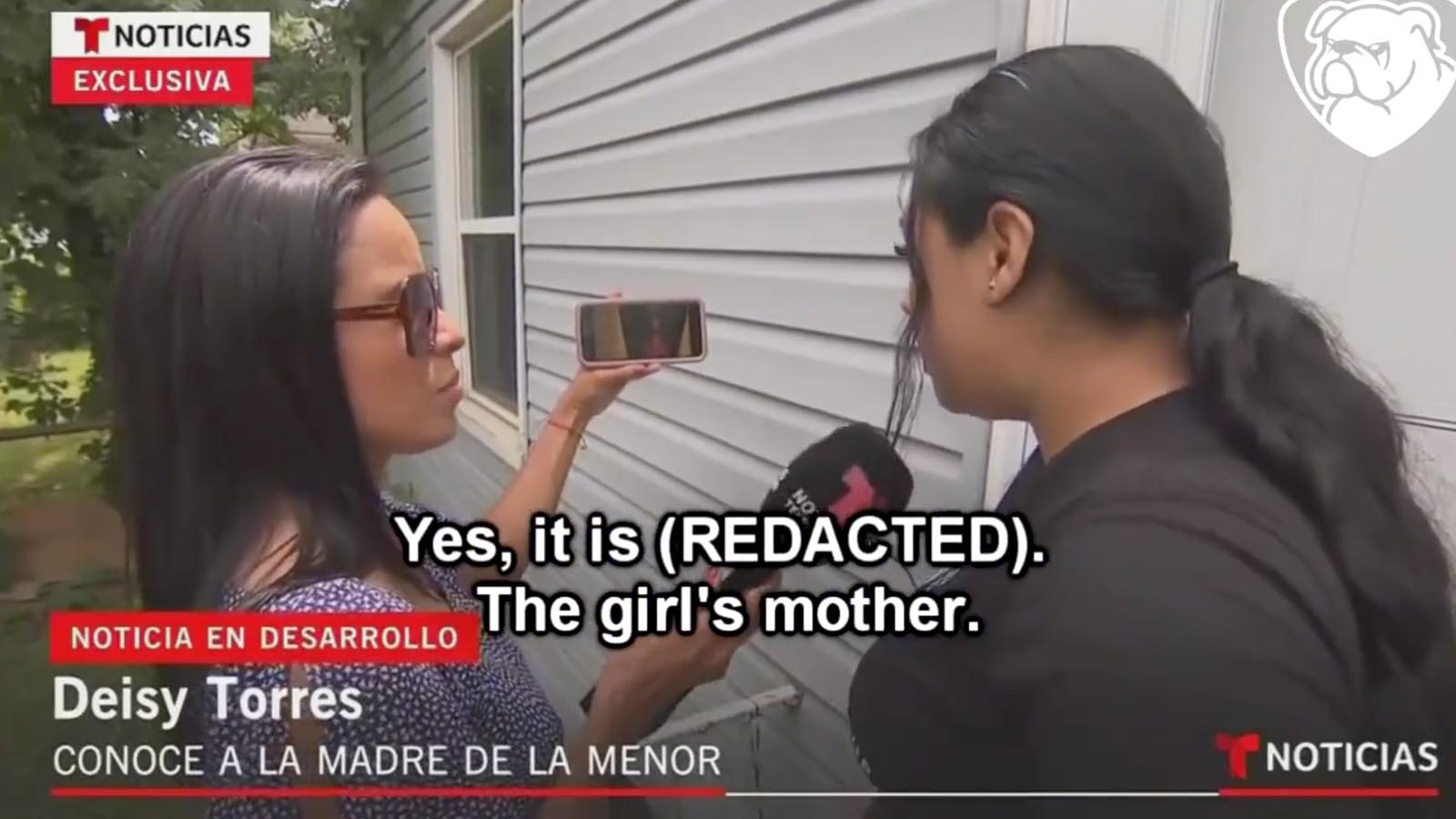 Telemundo reporter María Vargas Pión on Friday confirmed the man who raped a 10-year child in Ohio is indeed in a relationship with the victim’s mother.

The suspected rapist accused of impregnating a 10-year-old child rape victim in Ohio was arrested on Tuesday after confessing his heinous crimes to police.

27-year-old Gershon Fuentes was taken into custody on Tuesday and booked into Franklin County jail.

Fuentes, who is believed to be an ILLEGAL ALIEN, was arraigned Wednesday morning and bond was set at $2 million, the Columbus Dispatch reported.

Fuentes was charged with first-degree felony rape of a child under the age of 13 years old.

The child rape victim traveled to Indiana for an abortion and DNA from the aborted fetus will be tested against samples from Gershon Fuentes.

Telemundo confirmed the domestic relationship after they confronted the mother of the victim on Thursday.

Telemundo confirmed the relationship with two people who know the mother.

One of the women, Daisy Torres, told Telemundo that the mother is currently pregnant with Gershon Fuentes’ child!

MARIA VARGAS PION: Hiding her face, this woman who opened for us the door of the home where the police confirm that Gerson Fuentes lives- charged with raping a 10-year-old girl, identified herself as the mother of the minor and stated that he is innocent.

VARGAS PION: Telemundo News confirmed with two people who know her that she is indeed the girl’s mother; including Daisy Torres, who claims that they both frequent the same nightclub.

Upon seeing photos and video images recorded with our cameras, she said the following.

VARGAS PION: And you say that she is the mother of the 10-year-old girl who was raped.

TORRES: Yes, it is (REDACTED). The girl’s mother.

VARGAS PION: She also said that the woman is in a relationship with Gerson Fuentes.

TORRES: He’s her partner. And he is the father of the child she is carrying in her womb right now.

VARGAS PION: So the woman is pregnant.

VARGAS PION: Throughout our exclusive interview with the woman who says that she is the girl’s mother, we pressed her on whether 27-year-old Gerson Fuentes was the minor’s rapist. She replied without hesitation.