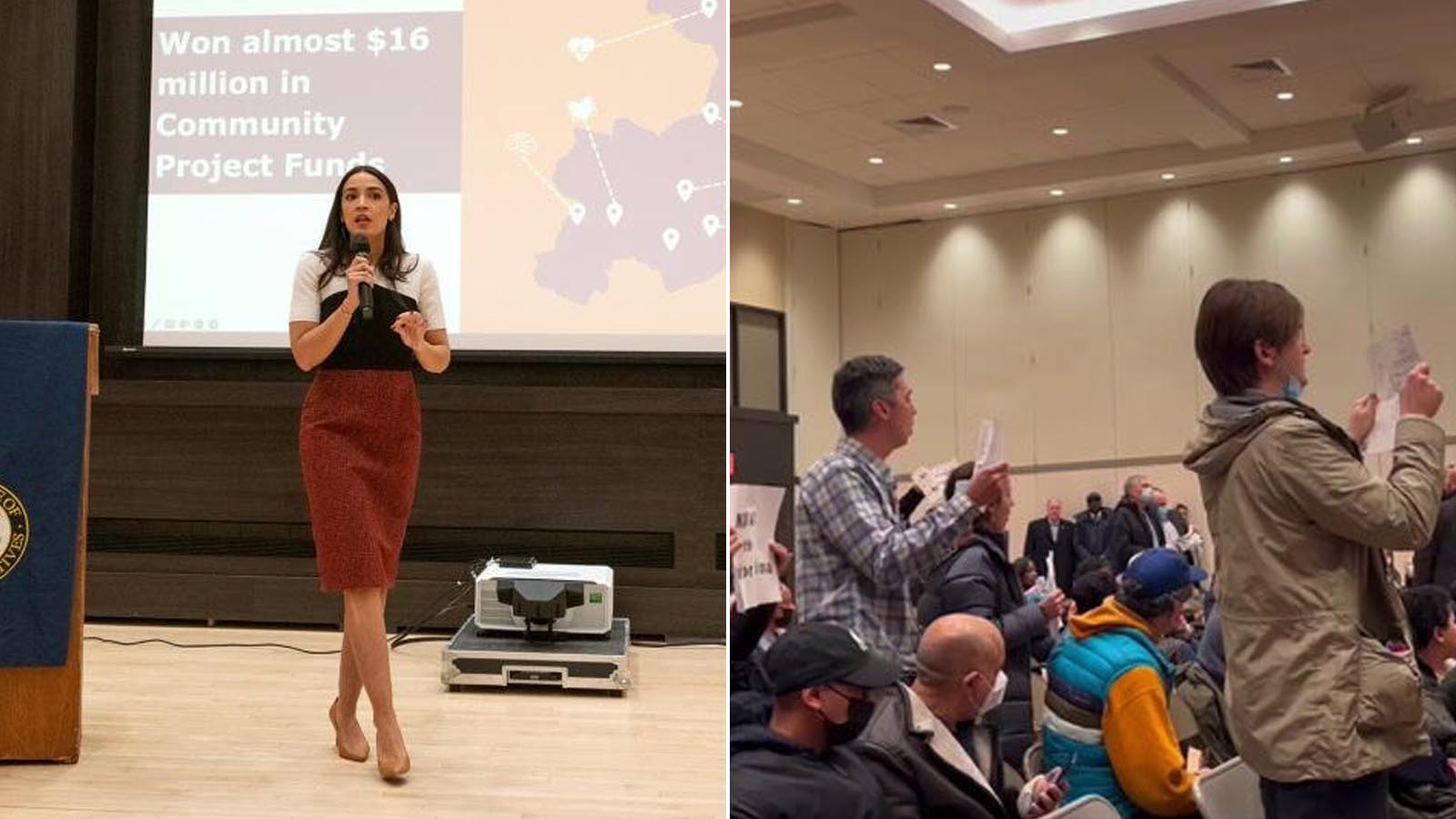 Far-left Rep. Alexandria Ocasio-Cortez was repeatedly heckled during her first town hall event of the year — including by one group who broke out in song to protest her vote in favor of military aid to Ukraine.

As the darling of the Democratic socialists was introducing herself to roughly 200 at Co-Op City in the Bronx on Saturday, about 10 people stood up and began singing hymns.

Some held signs with slogans like “Negotiation not annihilation” and “Stop sending weapons to Ukraine.”

The LaRouche movement intervened on @aoc by singing Dona Nobis Pacem or ‘give us peace’ pic.twitter.com/lWXTSLWMnz

“We always support everyone’s First Amendment rights here and everyone has the complete right to political expression,” Ocasio-Cortez later told the audience.

One problem: Her remarks came after the protestors had been kicked out by security.

In October, Ocasio-Cortez was also heckled at a town hall meeting over the conflict in Ukraine, including by one man who accused her of “voting to start a nuclear war.”

Ocasio-Cortez voted in favor of sending $40 billion in military and humanitarian aid to Ukraine last year.

During Saturday’s event, a few other protestors began screaming at AOC over her stances on social security, immigration and other matters. However, they were allowed to stay.