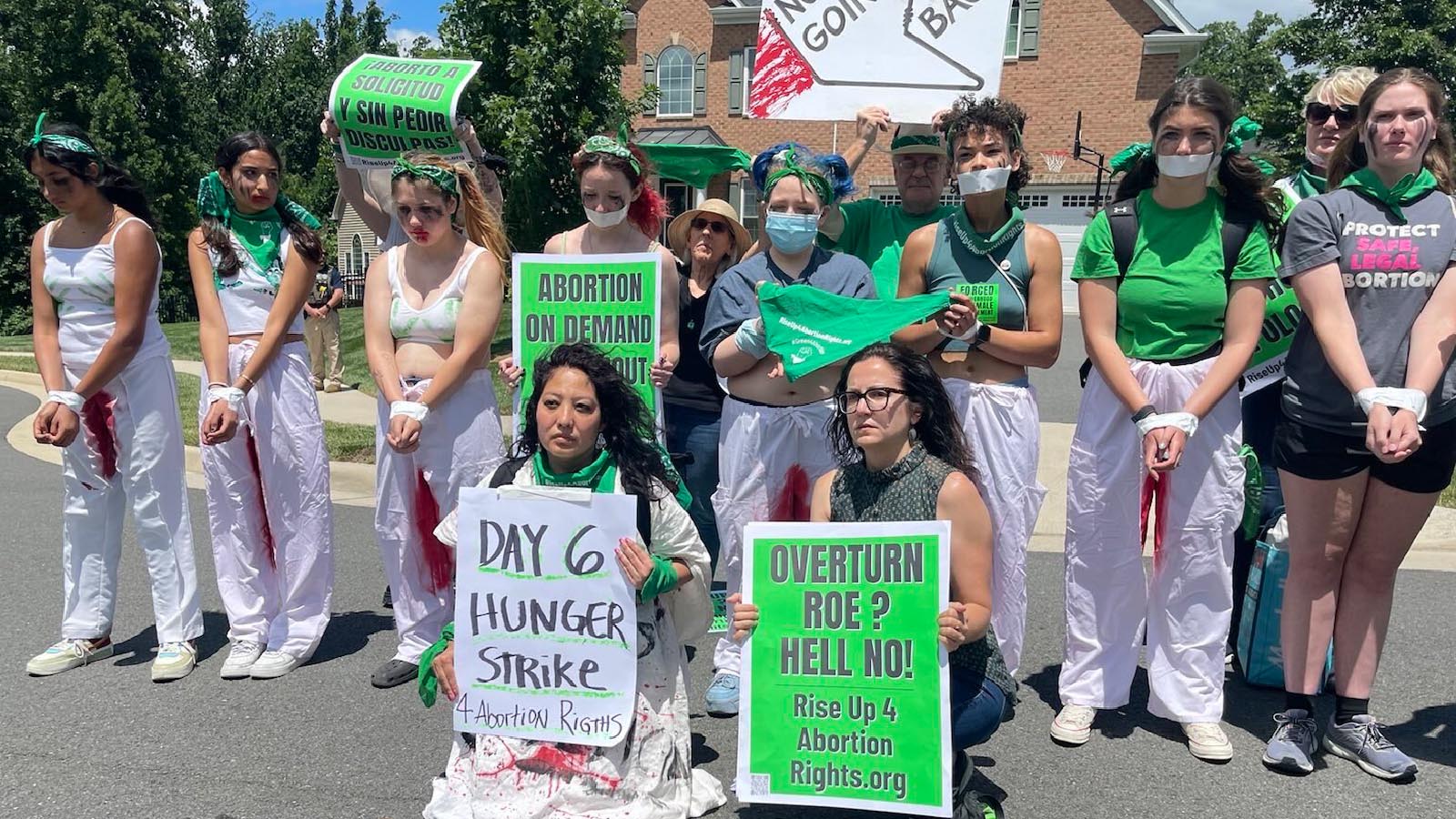 Pro-abortion protests have been popping up all over the country, disrupting Catholic churches, doctor offices and pro-life centers all in hopes of keeping their “right” to kill an innocent baby before it even gets a chance at life.

In the latest event, pro-choice protestors gathered outside of Supreme Court Justice Amy Coney Barrett’s home in Virginia holding signs that read “Abortion on demand and without apology,” while also having baby dolls taped to their wrists.

The group, Rise Up 4 Abortion Rights, were dressed in white clothing with what appears to be fake blood soaked onto the pants between the women’s legs, which they said represented an increase in the number of forced births that would take place if Roe v. Wade was overturned.

Chanting “rise up for abortion,” they claim that the “American nightmare is forcing women to give birth,” promising to wreak havoc if Barrett and the other justices strike down Roe v. Wade.

This is not the first time pro-abortion protests have erupted outside Barrett’s home. Last month, pro-choice advocates shouted “your neighbor says post-Roe, we say hell no!…Hey-hey, ho-ho, the handmaiden has got to go!”

Earlier this week, ShutDownDC demonstrated around the Supreme Court as the court’s decision looms. They held signs with photos of the faces of each Supreme Court justice claiming to “rise up for the transformative change that our communities need.”

Just arrived at Amy Coney Barrett’s house, dropping off babies, re-enacting the American nightmare of forcing girls to give birth against their will. Headed to the Supreme Court, meet us there. #RiseUp4AbortionRight pic.twitter.com/fgt42HNnmU

We aren't incubators! Youth procession delivered baby dolls to Amy Coney Barrett. We aren’t protesting to change the minds of women-hating fascists.We're calling on the pro-choice majority, on YOU, to get in the streets to STOP #SCOTUS from overturning Roehttps://t.co/Y0oCPlHcsr pic.twitter.com/nkHT7iamHO

“Children forced to give birth to children! Women will be inferior! ALL OF U WHO ARE PRO CHOICE. Come to DC & stay!”#RiseUp4AbortionRights pic.twitter.com/ARhwVoSyWL