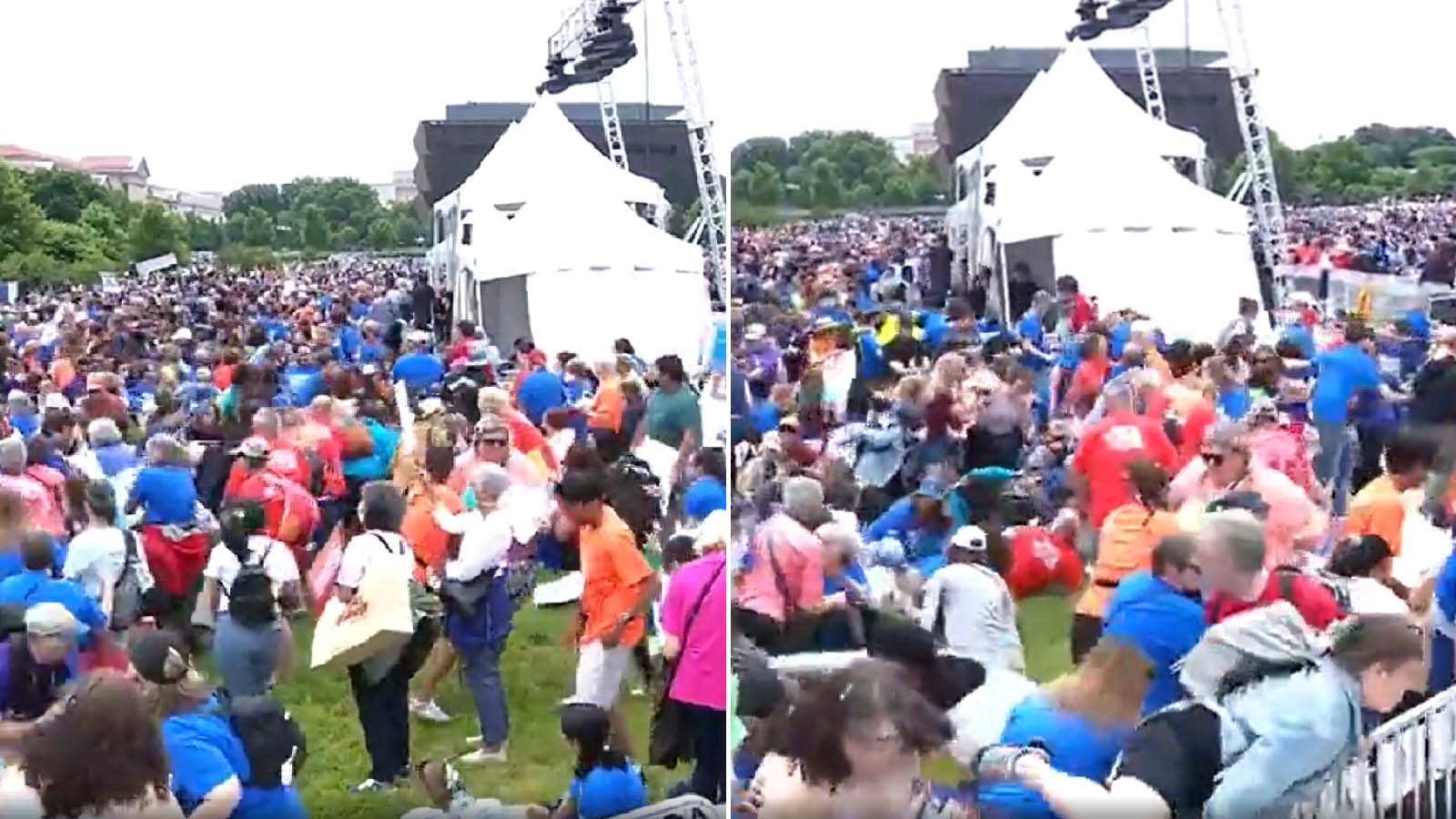 So, the individuals hardest hit by gun control measures aren’t gang members or mass shooters. It’s the good guys who could be stopping such criminals.

When an entire community is devoid of guns, they are much more susceptible to a mass-shooting attack. A large group of gun-control activists learned that lesson the hard way in Washington, on Saturday.

WATCH: Momentary panic ensued at the March For Our Lives rally in D.C. Saturday when someone yelled "gun shot" around a large crowd

During a “March For Our Lives” rally in the nation’s capital, one of the attendees yelled “gunshot,” which led to absolute chaos.

A video from the event showed attendees scrambling to escape, running into and over each other as they attempt to flee.

Thankfully, however, it was a false alarm and no shots had in fact been fired.

According to WJLA-TV, police later arrived and “neutralized the individual.” Presumably, this individual was the one who started the frenzy with a false alarm.

Alert: An individual interfered with a permitted event on the Washington Monument grounds. The individual was detained by officers. No weapons were involved and there is no risk to the public.

“An individual interfered with a permitted event on the Washington Monument grounds. The individual was detained by officers. No weapons were involved and there is no risk to the public,” the U.S. Park Police tweeted.

Thank God there wasn’t actually a shooter in attendance at the event.

If there had been, thanks to the zealous anti-gun nature of those in attendance, they would have had no way to defend themselves.

Now, for a moment, imagine if this same scenario happened — and it was actually a real active-shooter incident — at an NRA event or some other pro-gun rally.

Most likely everyone in the crowd would have been strapped.

If the activists in Washington, want to feel safe from now on, marching for gun control isn’t the solution.

Buying a gun is.