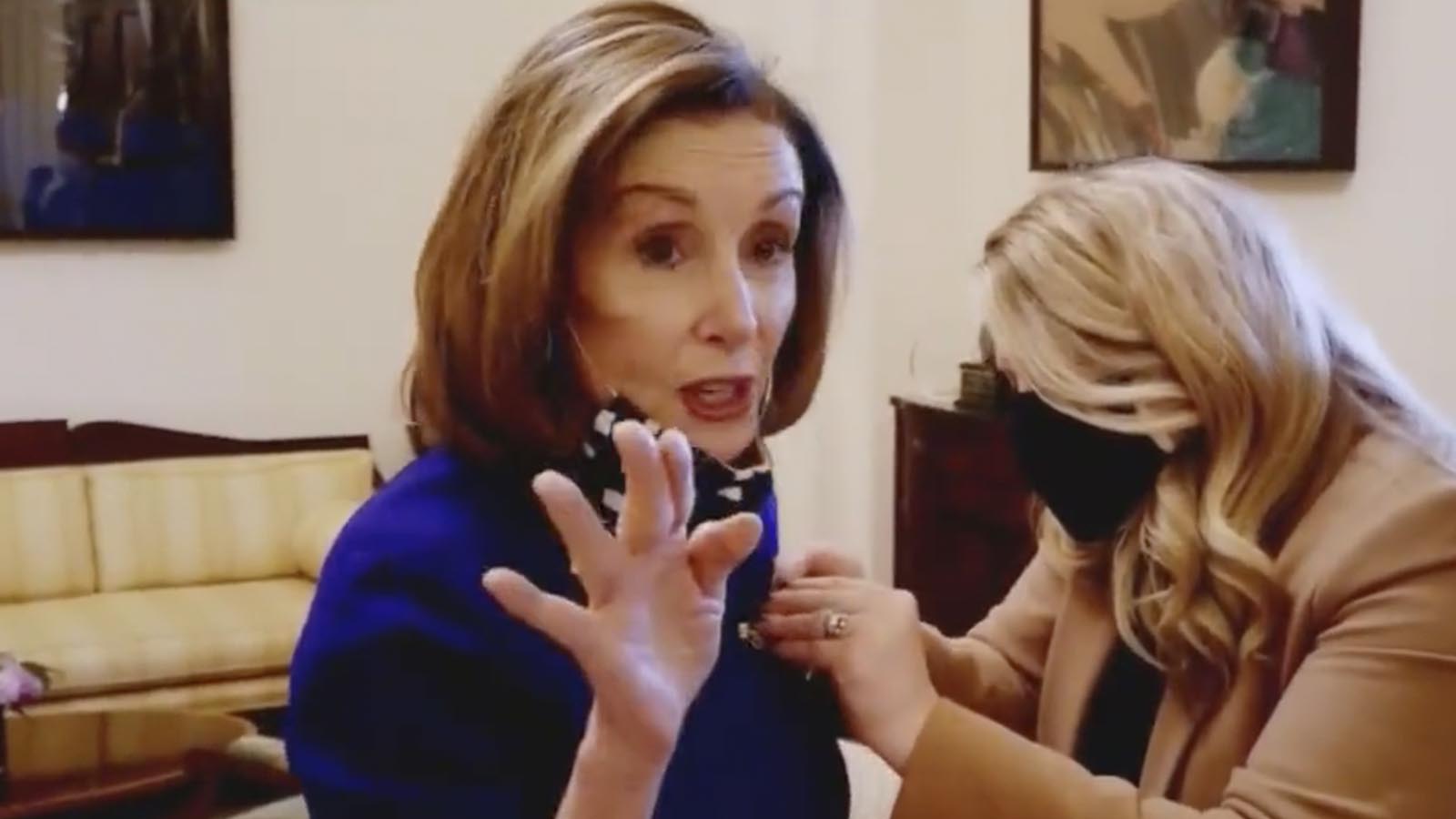 New footage from Jan. 6, 2021, shows a candid moment when House Speaker Nancy Pelosi threatened to physically strike then-President Trump, should he have joined those protesting at the Capitol.

In the video, which was publicly shared Thursday, Pelosi admits the actions could have resulted in her going to prison — a consequence she said she would “be happy” to accept.

The new footage, recorded by filmmaker Alexandra Pelosi, the speaker’s daughter, was released during the House Jan. 6 Committee hearing on Thursday afternoon. CNN later released more context to the clip during a segment on CNN’s “Anderson Cooper 360.”

“Tell him if he comes here, we’re going to the White House,” Pelosi also said in the clip.

At the time of Pelosi’s remarks, Trump was holding a rally at the Ellipse, about two miles away from the Capitol. During the rally, Trump said he would join his supporters at the Capitol, where lawmakers were officializing the presidential election results.

Trump ultimately did not join those who marched on the Capitol, which swiftly turned deadly.

On Thursday afternoon, the committee, chaired by Rep. Bennie Thompson, held its potentially final hearing following a months-long investigation of the Capitol riot.

“What Donald Trump proceeded to do after the 2020 election is something no president has done before in our country,” Thompson said during his opening statements at the hearing. “In a staggering betrayal of his oath, Donald Trump attempted a plan that led to an attack on a pillar of our democracy. It’s still hard to believe.

“But the facts and testimony are clear, consistent, and undisputed,” he contended.

Witnesses who appeared before the committee were not cross-examined.

In a surprising move, the committee also unanimously voted to subpoena Trump to testify.

Taking to Truth Social, Trump — who has been routinely critical of the committee and its investigation — called it a “total bust” and said the committee’s purpose was only “to further divide” the country.

“Why didn’t the Unselect Committee ask me to testify months ago? Why did they wait until the very end, the final moments of their last meeting? Because the Committee is a total ‘BUST’ that has only served to further divide our Country which, by the way, is doing very badly,” Trump wrote.

A person close to the former president told Fox News Digital that Trump “loves the idea of testifying” before the committee as he could then “talk about how corrupt the election was, how corrupt the committee was, and how Nancy Pelosi did not call up the National Guard that Trump strongly recommended for her to do three days earlier on Jan. 3, 2021.”

The president teased this same information in another social media post.

“Why didn’t Crazy Nancy Pelosi call out the ‘troops’ before January 6th, which I strongly recommended that she do. It was her responsibility, but she ‘didn’t like the look.’ Crazy Nancy failed the American People!” he wrote Thursday afternoon.

In an exclusive interview with Fox News Digital on Thursday, Trump slammed the committee and its investigation as a “witch hunt.”

“The committee is a hoax, a sham, a partisan witch hunt which is a continuation of the witch hunt that has gone on since the great day for our country that I came down the golden escalator with our future first lady,” Trump said. “They have no case, they have no ratings, so they have to try to do this to get publicity.”

Trump told Fox News Digital that the investigation has been “a partisan witch hunt, together with two Republicans that have been thrown out of the party — one not wanting to run because he couldn’t win; and another losing by a record number of more than 40 points.”

Trump, who has kept the door open to run again in 2024, did not definitely say if he would testify before the committee.

He said he would respond to the “Unselect Committee of political Hacks & Thugs tomorrow morning at 8:00.”