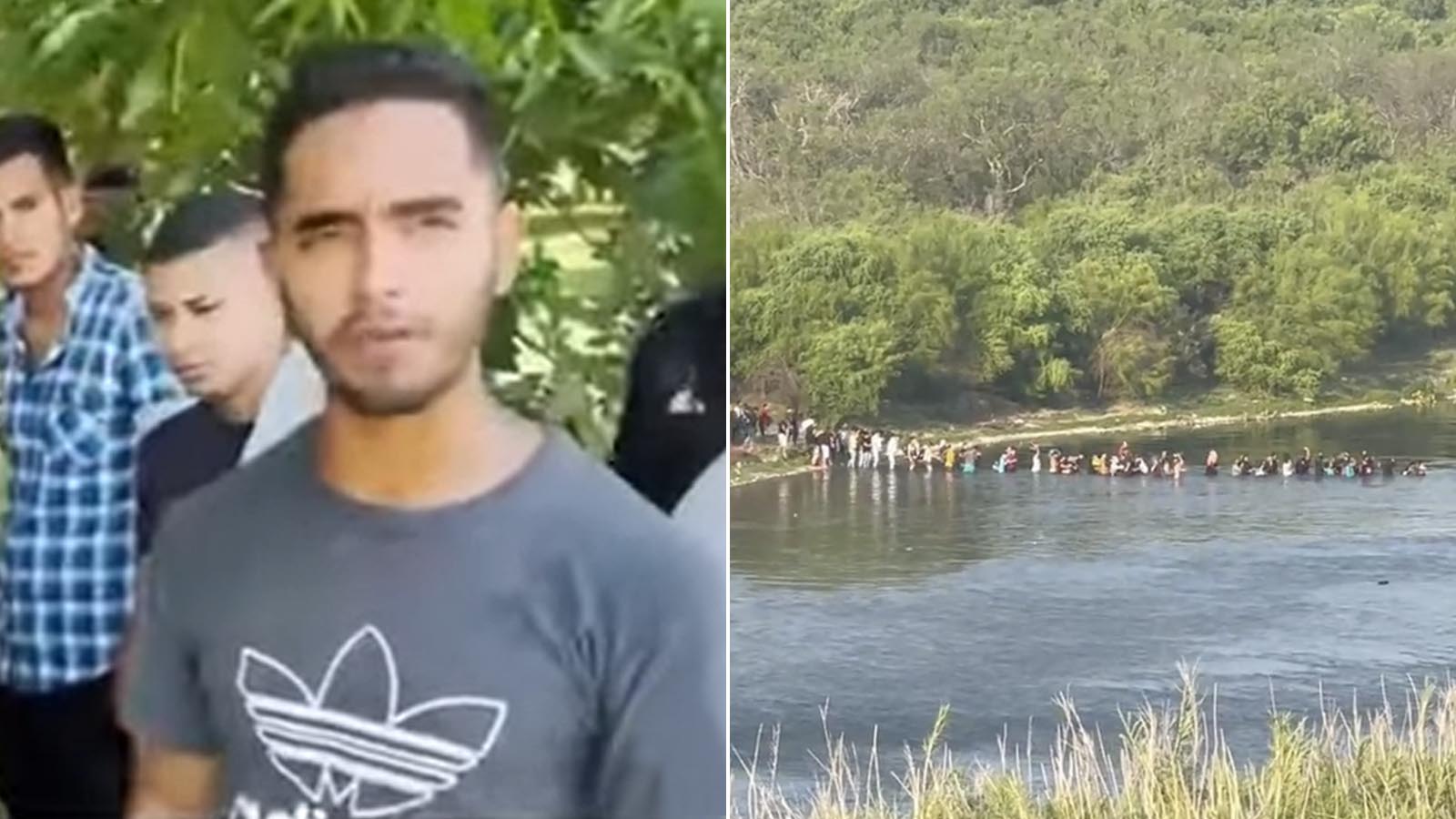 As a massive line of illegal immigrants crossed into America, they knew who to thank for their chance at coming to America.

During the Fox News show “Jesse Watters Primetime” on Wednesday, a clip aired of a group of illegal immigrants from Venezuela, Columbia and Cuba. The immigrants were part of thousands who have descended on Eagle Pass, Texas.

“We had a chance to talk to some of these migrants from Venezuela, and they are thanking President Biden. Take a listen,” the reporter said.

An interpreter relayed one man’s thanks.

“He’s a good president with so much help that he’s given us. It has been very difficult what has happened to us. Our trip has been very hard. Thank God we are here. We thank you for receiving us and treating us well,” he said.

The line was massive, as reporters showed on Twitter.

BREAKING: One of the most massive single groups we have ever witnessed cross illegally at the border is crossing into Eagle Pass, TX right now. The line of people went so far into the trees it’s hard to get a count. Hundreds upon hundreds. Coyotes guiding them in water. @FoxNews pic.twitter.com/ZjZIygarAv

Our live coverage of the enormous single group that crossed illegally into Eagle Pass, TX in front of us this morning, guided by multiple cartel smugglers.
Over a 7 day stretch last week, the Del Rio sector saw over 13,000 illegal crossings. That’s almost 2,000 per day. @FoxNews pic.twitter.com/zv4OVJfIAw

“This is one of the biggest groups we have EVER seen at our southern border. The time is now for this Administration to work with Congress to disincentivize this dangerous mass migration,” Republican Rep. Tony Gonzales of Texas tweeted.

Many were outraged at the latest flood of illegal immigrants.

Eighteen months of illegals streaming over an open border. Record crime. Record homeless. #Illegalimmigrants #openborders #crime #homeless. Thanks Joe. You’re doing a great job at destroying our country. I hope you and your fellow #democrats are proud. #fjb #bidenisafailure

Our southern border is being invaded.

Melugin added a dose of perspective.