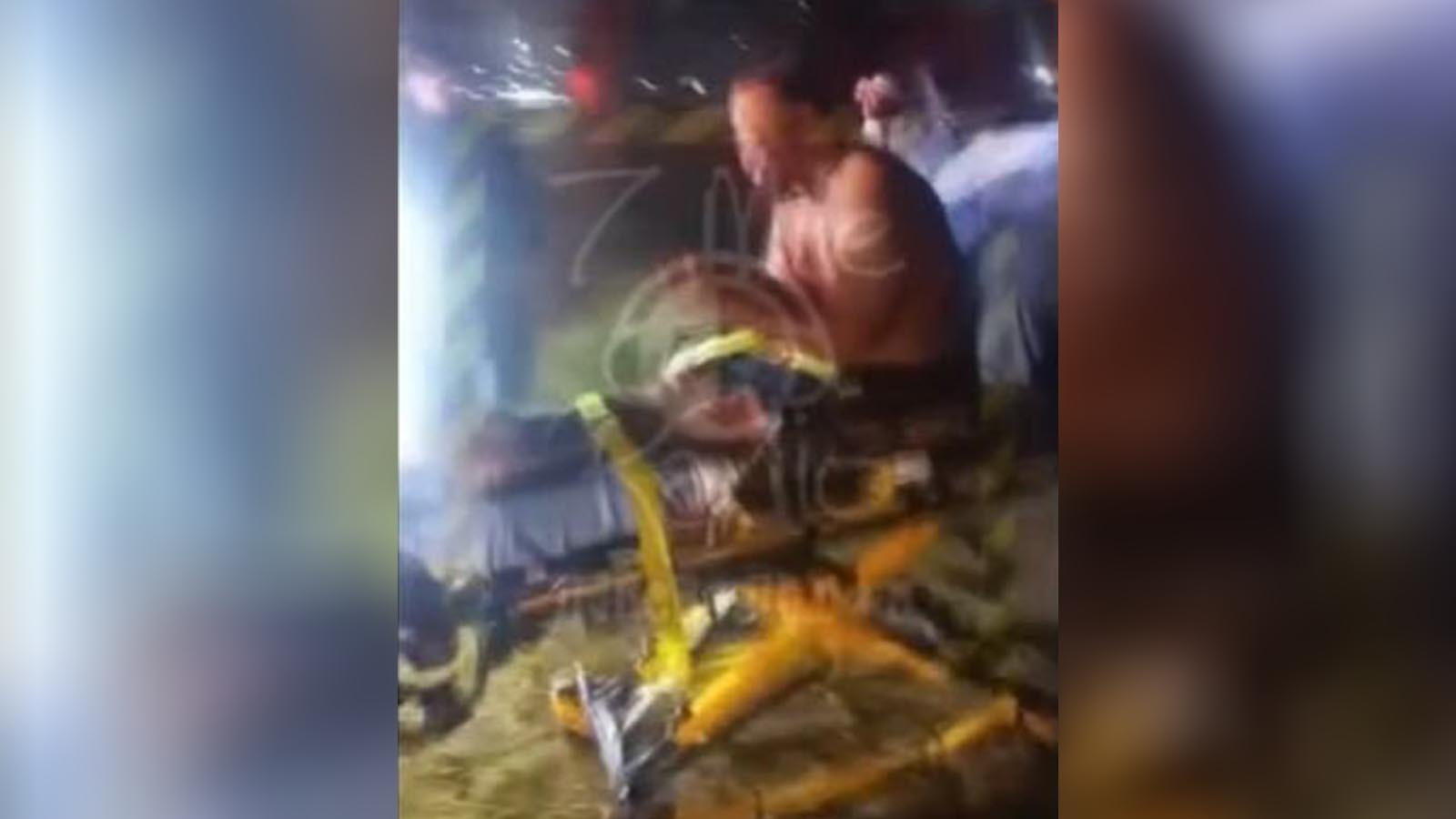 Shocking footage has emerged of the aftermath of an alleged rapist being severely beaten by his victim’s family in Detroit.

According to Fox 2, the suspect had allegedly sexually assaulted a teenager and was confronted by the victim’s family Tuesday night. After chasing him around the Detroit neighborhood, the family caught him and viciously attacked him.

Neighbors who witnessed the beating say the suspect was known to the victim but police have yet to confirm this.

“It’s sad, and it hurt me so bad,” witness Carmen Witherspoon told Fox 2. “And it broke me down that a man would do that.”

The incident occurred outside Witherspoon’s home in Northwest Detroit. She told Fox 2 that she opened her front door and saw the alleged child rapist almost naked, surrounded by the victim’s relatives.

“They beat him over there real good,” she said. “He was on the ground. He managed to get up and he ran across the street, and he was on my property. He fell, he slipped, and fell. And that’s when they beat him some more.”

“He was bloody, nothing but blood. There was a puddle on the floor,” another eyewitness told Fox 2.

“From what I heard, they stomped his top lip off,” said Marc D’Andre, of 7 Mile Radio News. “His mouth appeared to be very bloody and it was just like he was in an MMA fight.”

“I’m not mad at the way that it happened,” he added. “Whether it be swift street justice or through the court systems or jail systems, I think we need to raise awareness about this type of situation because too often it gets swept under the rug, and we have a lot of victims – both girls and boys.”

D’Andre filmed the aftermath of the incident and provided Fox 2 with the footage. In the video, the alleged child rapist can be seen staggering about next to a large pool of blood.

“Absolutely tragic. It really is,” said Hall. “It is in affecting a young life, a family, and it’s going to definitely take time to heal.” The suspect was taken into custody on Tuesday night and the Detroit Police Department (DPD) is preparing a warrant package in preparation for a charging decision.

According to Fox 2, the suspect was known to DPD. There was a warrant out for his arrest in relation to a non-fatal shooting that occurred on the city’s east side.