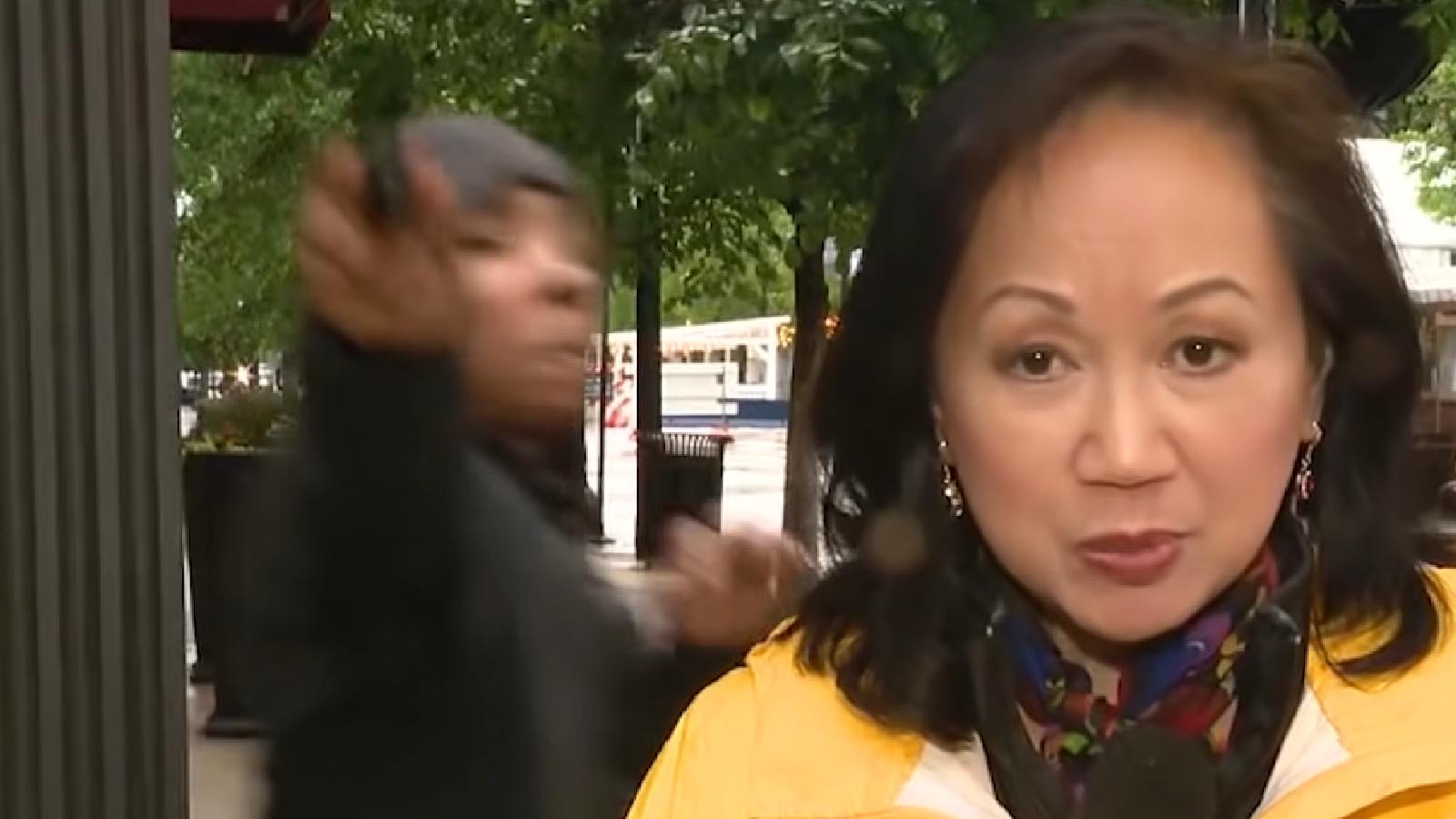 A man pointed a gun at a Chicago television reporter and her crew Wednesday as she delivered a live report on gun violence, in a shocking incident that has gone viral.

Police in the Windy City are searching for the man, who appeared over the right shoulder of Joanie Lum as she stood on the corner of Clark and Hubbard in the city’s River North neighborhood. The man pulled out a handgun and pointed it at the news crew as they taped Lum’s report for Fox 32-TV’s morning newscast “Good Morning Chicago.”

“HORRIFYING: While our reporter was in the middle of a live report about Chicago gun violence, a man walked up and pointed what appeared to be a firearm at our crew,” the channel said in a tweet.

In the video, the unidentified suspect is first seen walking out of a coffee shop carrying two cups of coffee, with one stacked atop the other. He disappears from view, only to return behind Lum and raised the handgun high above her. He appears to mimic firing it before skipping down the sidewalk away from the crew, waving the gun at his side.

No shots were fired. Chicago police released photos of the man taken from the video and were searching for him.

The station said it was swamped with calls from alarmed viewers after the harrowing scene.

“Thank you to the viewers who were watching Good Day Chicago and called or emailed to make sure our crew was okay,” according to the station.

The city has been plagued by gun violence in recent weeks. Earlier this month, Democratic Mayor Lori Lightfoot announced on Monday a 10 p.m. weekend curfew for minors as the city struggles to stop violent crime. The announcement followed the shooting death of a teenager.